Home
Internet
A Global Overview of Internet Prices and Speed / Digital Information World
The internet has quickly become a vital utility because of the fact that this is the sort of thing that could potentially end up keeping people well connected with each other as well as giving them access to all kinds of useful information. In spite of the fact that this is the case, internet availability and quality can vary dramatically from country to country. It is estimated that around 5 billion people are able to access the internet these days, which means that there are still close to 3 billion who don’t have it.

With all of that having been said and now out of the way, it is important to note that the recent pandemic has spurred a lot of growth in internet access. Between the years of 2019 and 2021, around 800 million new internet users were added all around the world with all things having been considered and taken into account. The highest level of internet access can be seen in Europe and North America which is not surprising given that these are the most well developed regions in the world.

92% of Europeans have access to the internet, and the highest number of internet users can be seen in Germany where over 79 million people are able to access it. The US has well over 300 million internet users, or 307 million to be precise, but there are still over 23 million Americans who only access the internet infrequently and might not have good quality internet that they can rely on.

Moving on to Africa, this continent faces a real problem when it comes to internet availability and quality. Only 43.1% of the people in Africa have access to a reliable enough internet connection, which is far lower than global internet penetration rates which exceed 66%. The northern half of the continent generally has more reliable internet connections available, such as in Morocco where internet penetration is at a fairly high 84.1%

The Asia Pacific region is more of a mixed bag. 62% of all internet users in this region hail from China, which has 35%, and India, which has 27%. Indonesia comes in third, but it only has a relatively meager 7.7% of total internet users in this region. Additionally, Indonesia as well as Pakistan have relatively unreliable internet connections which are prone to disruptions and disconnections.

As for internet speed and quality, this is largely contingent on the size of the country and its population. The best internet speeds in the world can be found in Monaco, with an average broadband speed in excess of 261 Mbps. The fastest mobile internet speed can be found in South Korea and it is a whopping 202.6 Mbps which is considerably higher than the second ranking country of Switzerland where mobile speeds can reach 135.7 Mbps on average. With so many people without internet in the world, more work needs to be done to fill in the gap. Take a look at below charts for more insights: 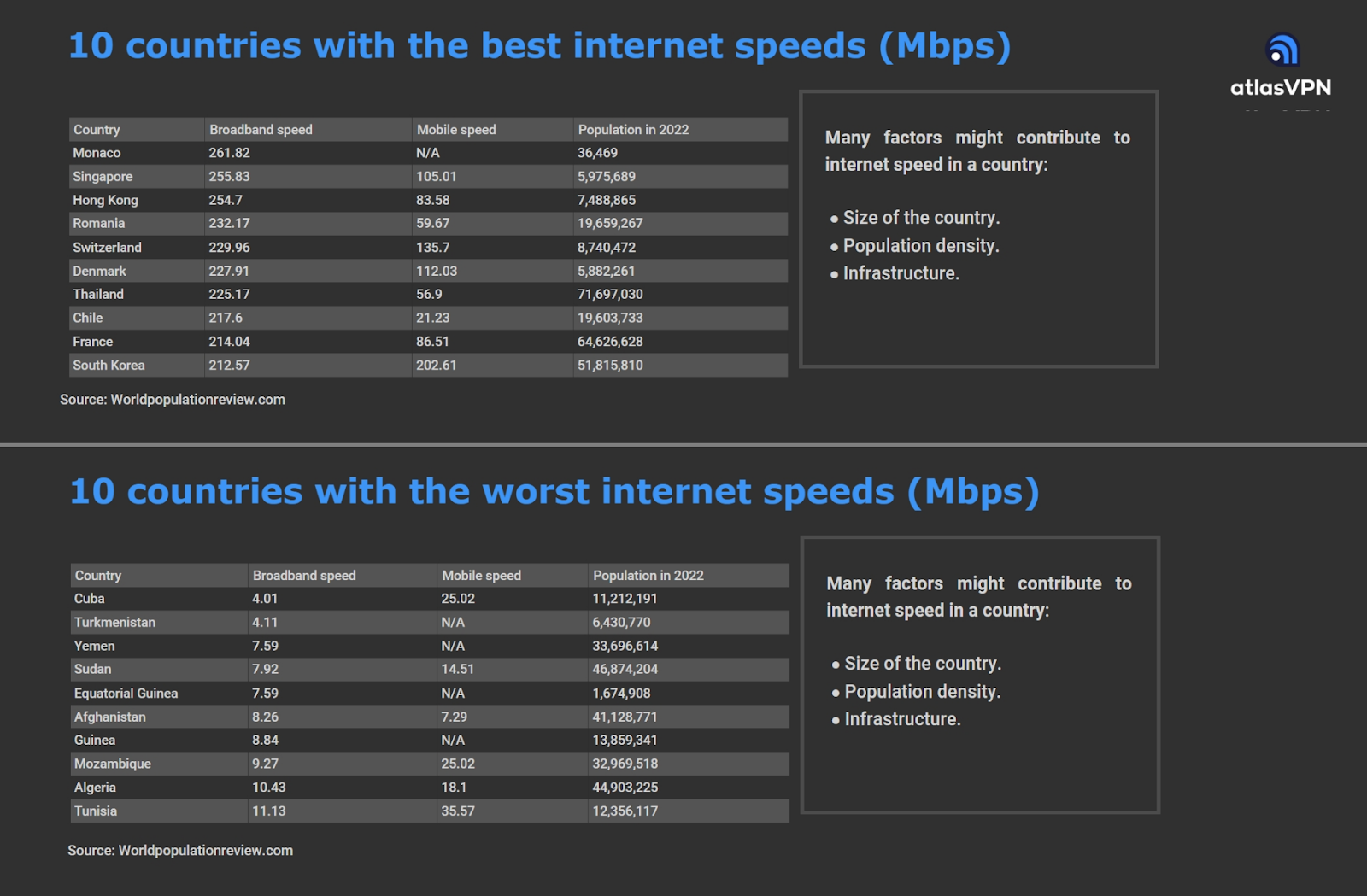 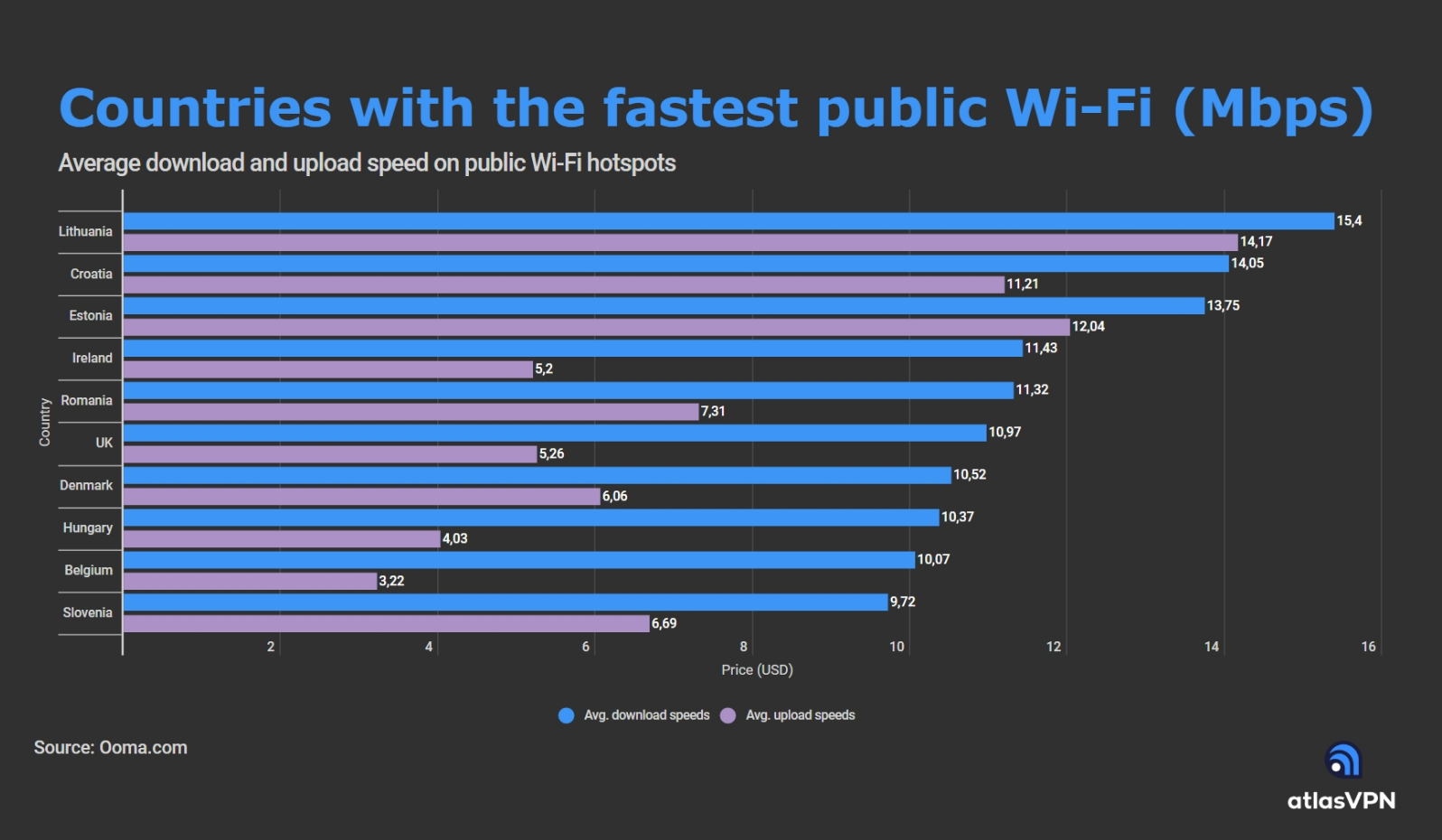 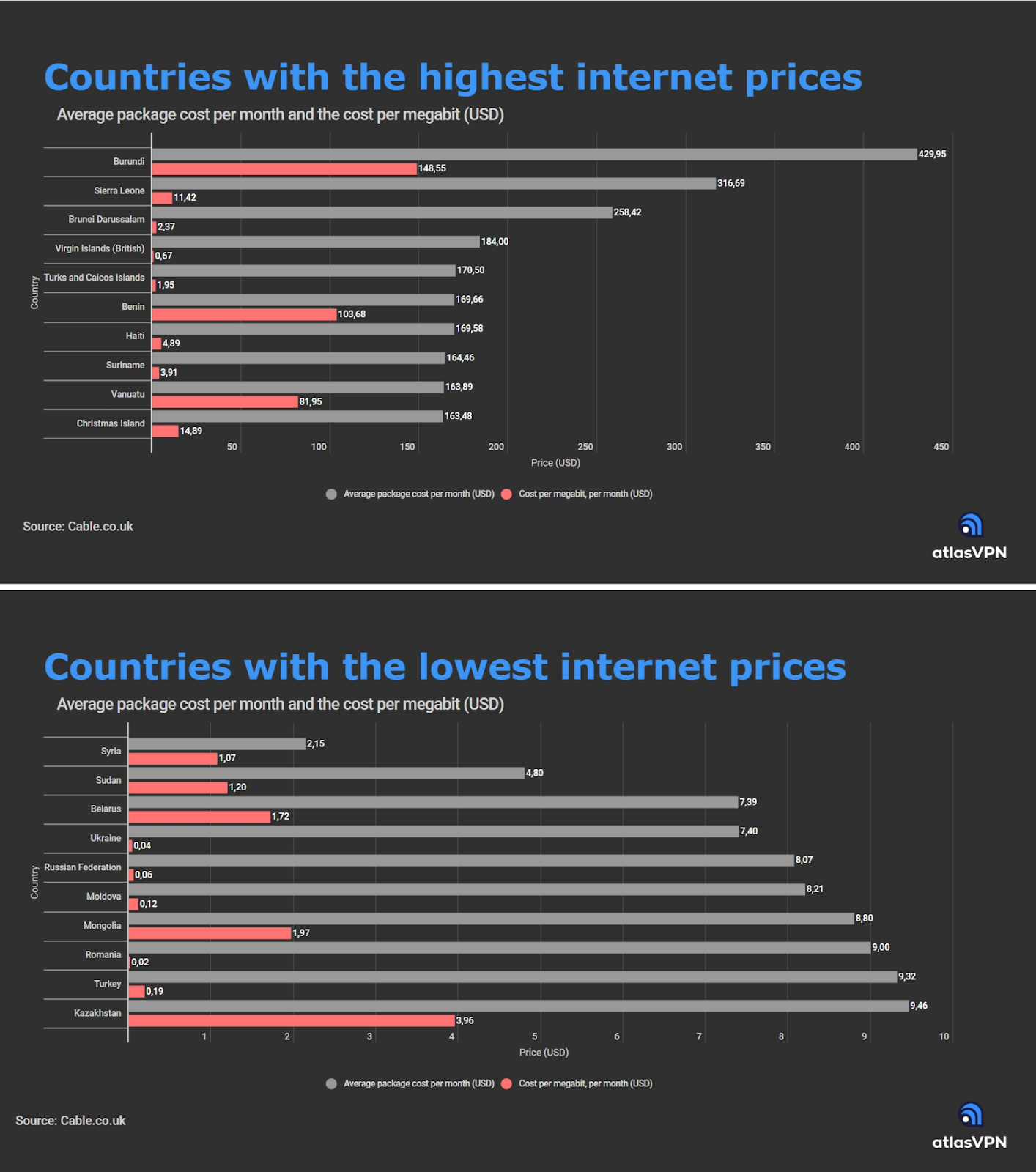 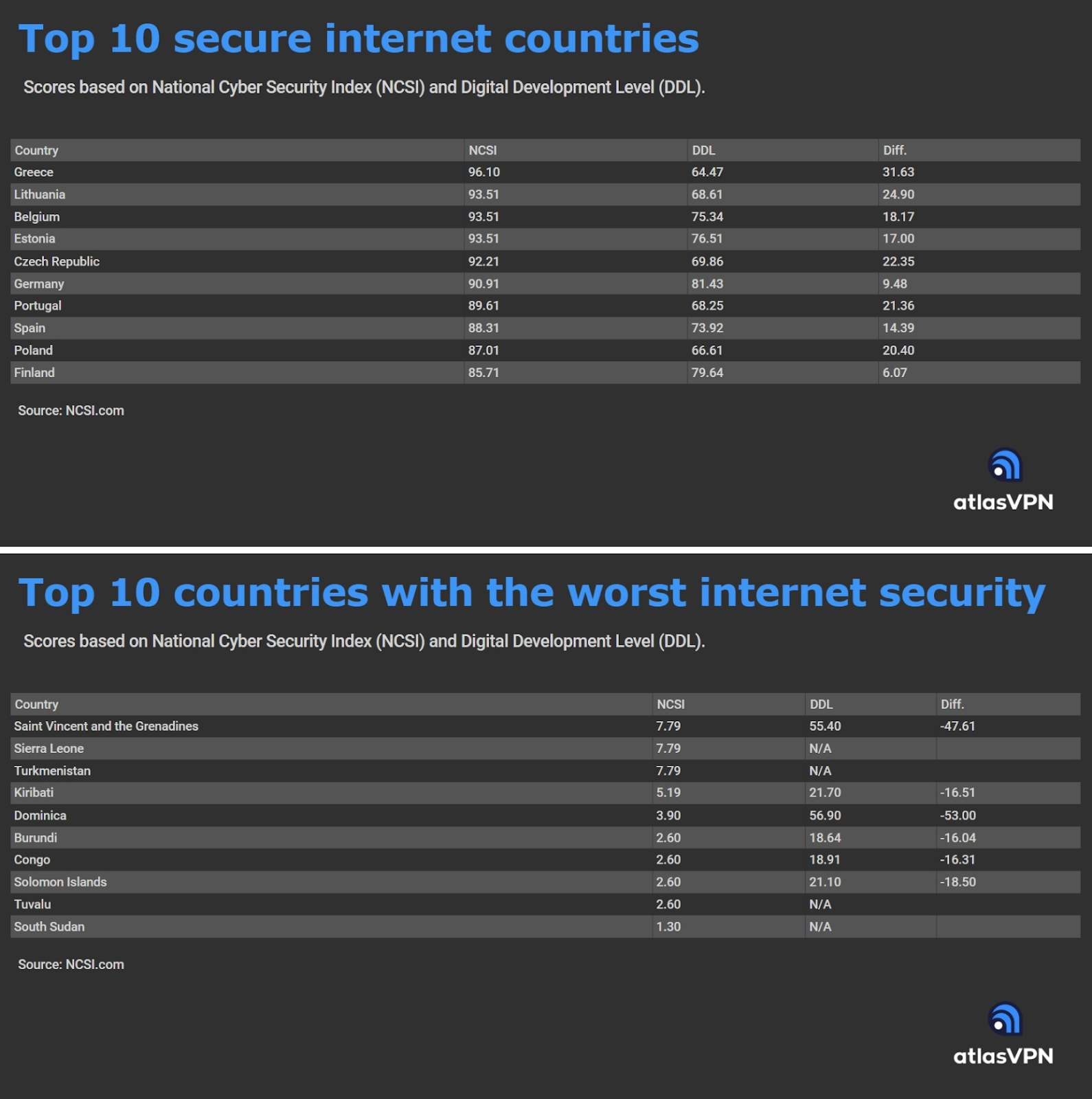 Read next: Study shows shoppers are more likely to buy products from brands that offer a personalized experience