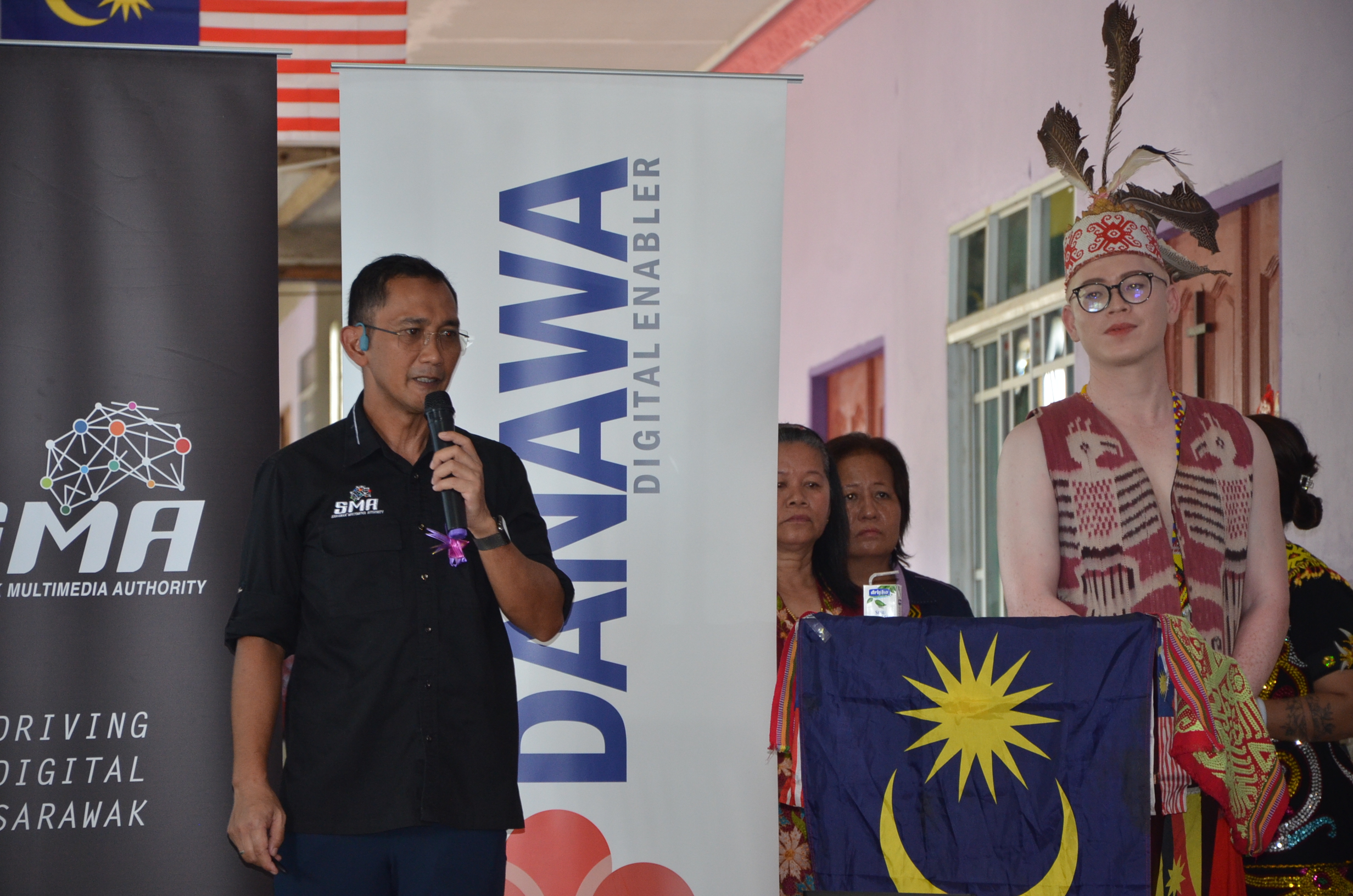 BINTULU (Sept 19): The success of the Sebauh rural high-speed open broadband network project is viewed as a significant achievement in that previously, many regarded it as something that was ‘likely to fail’.

In stating this, Sarawak Multimedia Authority (SMA) general manager Dr Zaidi Razak hailed the state government as being successful in making this ‘mission impossible’ a reality, meant to provide high-speed Internet connectivity to the rural communities.

“This project has never been done in Malaysia, and Sarawak was taking a bold step in bringing out a project that many said was likely to fail,” he said during a briefing on the newly-completed project at Rumah Layuh at KM20 of Simpang Ulu Segan last Saturday.

According to him, the project was mooted by Sarawak Premier Datuk Patinggi Tan Sri Abang Johari Tun Openg back in 2018.

The idea, said Zaidi, was to ‘open the eyes of the telecommunication companies (telcos)’ and get them to realise that rural communities also needed high-speed Internet connectivity.

“There’s no such thing as the rural people not using or needing the Internet.

“We want to ‘kill’ that misperception; we want to tell them (telcos) that all people in Sarawak are digitally-savvy.”

The open broadband network project is under the ‘Proof of Performance’ programme, which features an intricately-designed, structured and implemented network that provides high-speed broadband connectivity via the installation of 130km fibre optic cables and telecommunication equipment across Sebauh District.

Zaidi, however, said the works had experienced some delays due to the Covid-19 pandemic, which was declared in early 2020.

“The works were affected by the MCOc (Movement Control Orders) and the shortage of equipment due to the supply not being delivered to Malaysia.”

He added that initially, the project in Sebauh would cover 52 longhouses but due to high demand, it later expanded to include 63 longhouses as well as several schools, institutions of higher learning and government offices in the district itself and the nearby areas.

On the overall user utilisation statistics based on reported time span of June 2 to 3 this year, he said it showed that the network reached 99.78 per cent up-time, maximum bandwidth of 35.065 MBps and 2,628 in total number of subscribers.

More specifically, Zaidi said the number of subscribers would usually increase during weekends and festive seasons, registering an average of 43 subscribers per site on the network per day.

Adding on, he said throughout the rolling-out in stages from June 1 to Sept 16 this year, the total data transfer recorded reached 627,597.73 gigabytes.