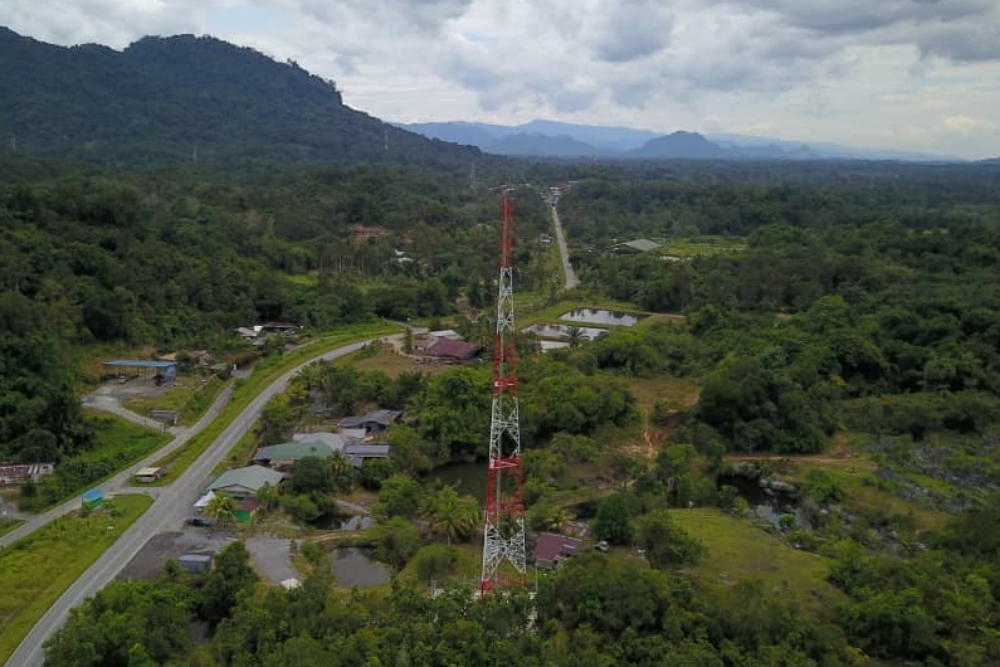 One of the SMART towers that are up and running is located at Kampung Fairy in Bau District. — Photo courtesy of Sarawak Multimedia Authority

IT never crossed Empawi Sawa’s mind that one day he would be able to sell fragrant rice that he had grown at his longhouse simply by using his smartphone.

Thanks to the Sarawak Multimedia Authority Rural Telecommunication (SMART) tower project implemented at Nanga Sekukut in Ulu Yong, Kapit, the 60-year-old is now able to earn some extra income using social media such as Facebook. 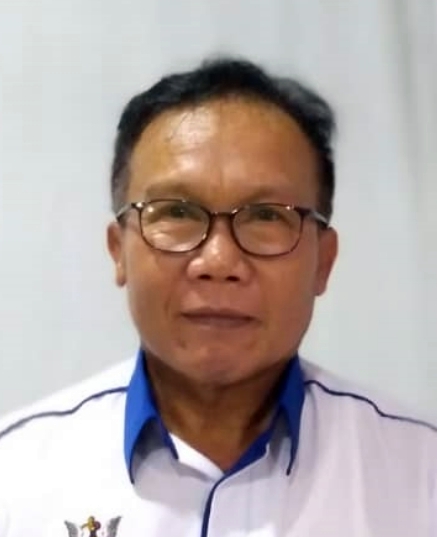 Besides selling rice to customers in Kuching, Empawi who is the chieftain of Rumah Empawi, even manages to supply it all the way to Singapore.

“I decided to try my luck by selling rice on Facebook, and I was really surprised to find that there was an encouraging demand for them.

“I’ve sold not only to customers in Kuching, but also to those in Singapore where the rice is sold at RM30 per kilogramme,” he tells thesundaypost.

Prior to the availability of high-quality Internet service at Rumah Empawi, the villagers had lived a traditional ‘kampung’ (village) life, cut off by the digital divide between urban and rural areas.

Although there were Internet connections in certain areas, many were frustrated as the speed was too slow.

Empawi says since the launch of SMART at Nanga Sekukut in July, the high-speed Internet has benefitted and brought much convenience to the longhouse folks.

“It is very useful, especially for students to enhance their learning experience and at the same time, it enables us to easily communicate with others as we can now chat with our friends via WhatsApp, for instance.

“With high-speed Internet access, this also means that we can now watch videos on YouTube on our smartphones,” he points out, adding that besides himself, there are other villagers who have also started selling their agricultural produce online. 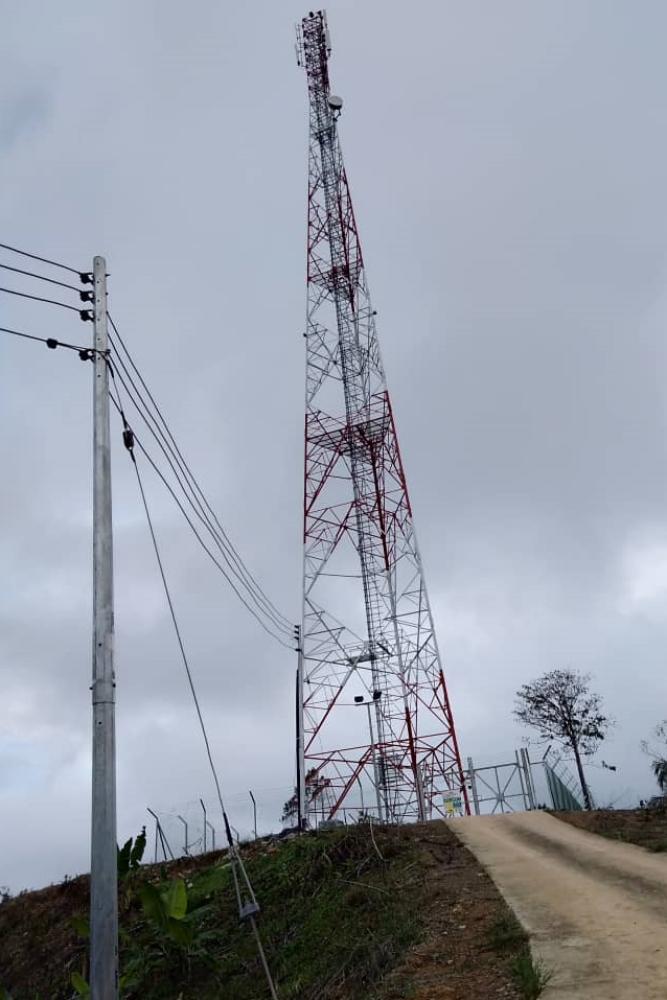 Rumah Panjang Empawi is one of many longhouses in Nanga Sekukut that benefit from the SMART project, implemented by the Sarawak Digital Economy Corporation (SDEC).

SDEC chairman Tan Sri Datuk Amar Mohamad Morshidi bin Abdul Ghani, at the launch of the project in Ulu Yong, said a total of 51 SMART project sites had been planned and would be built throughout Kapit Division.

“There are 14 of them under Phase 1, while the rest will be completed under Phase Two,” he was quoted as having said.

Nanga Sekukut is one of 300 SMART sites under Phase 1 that are set for commissioning, in stages, by 2023. Another 300 sites under Phase II are in various stages of implementation and should reach completion by 2024.

With the completion of 600 SMART sites from Sematan up to Lawas, 93.6 per cent of the populated areas of Sarawak would have Internet coverage within two years’ time.

The Sarawak government has been making great strides in improving the coverage of Internet connectivity over the rural areas across the state. 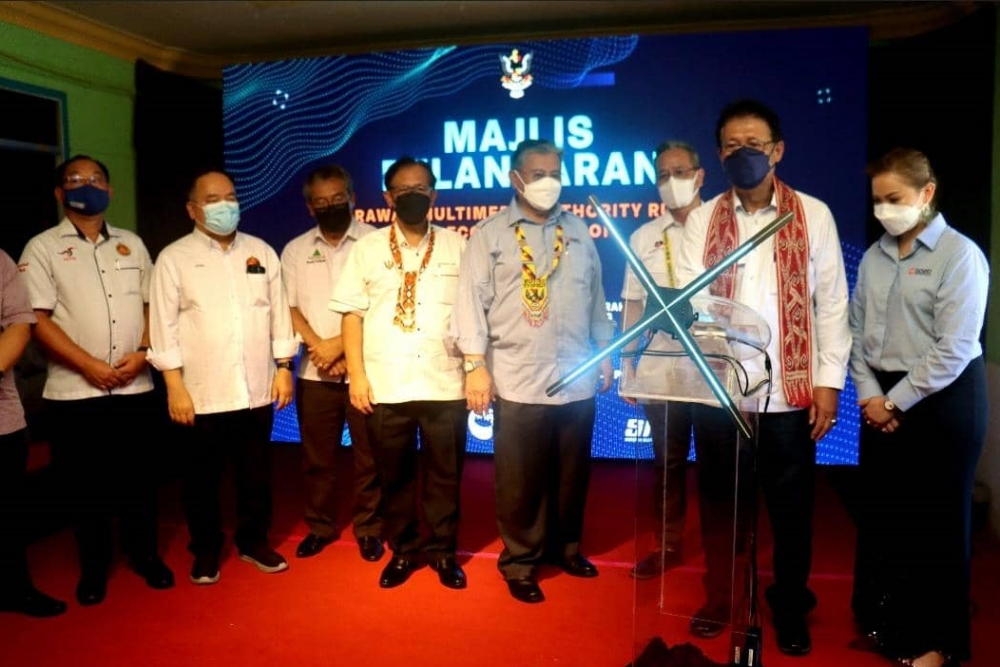 He said through SMART, this would allow telcos such as Maxis, Celcom, DiGi and U Mobile to take advantage of the government-invested infrastructure and equipment to expand their coverage into the rural areas by leveraging on the Multi-Operator Core Network (MOCN) technology.

“With this service, rural residents not only get to enjoy mobile services, but home broadband connections as well. This enables the whole family to have access to the Internet, which is the backbone of digital economy,” stressed Morshidi.

The MySRBN is the first state-owned 4G-ready and 5G-oriented broadband telecommunication network, currently serving 162 locations across Sarawak and to date, around 15,000 households have subscribed to the network.

It is said that the MySRBN would be extended across all 600 SMART infrastructures, and be set to provide home broadband services to 100,000 rural homes in the next few years.

A boon for rural communities 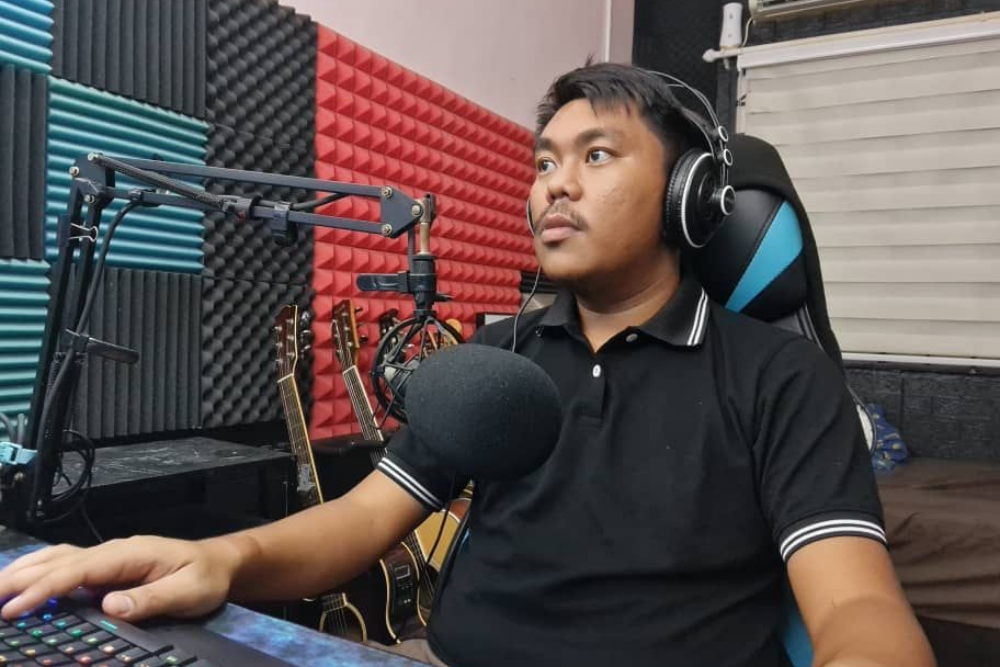 Adiq says the MySRBN had enabled him to hold Google Meet sessions with his lecturers and engage in discussions with his friends during the MCO period.

Adiq Muzani Sabini, a MySRBN user, says the initiative by the government has been very useful particularly among Sarawakians living in the rural areas.

According to the 26-year-old from Saratok, ever since the broadband service was installed at his home in June last year, it has helped him in his studies especially during the Movement Control Order (MCO) period that was in force due to the Covid-19 pandemic.

“At that time, I had to return to Saratok and continue with my studies online.

“It’s through MySRBN that I was able to hold Google Meet sessions with my lecturers and engage in discussions with my friends,” he recalls.

Adiq, who hails from Kampung Melango, has since completed his studies – he graduated from Universiti Pendidikan Sultan Idris (UPSI) in Tanjung Malim, Perak at the end of last year.

He first learned about the MySRBN from a friend, and wasted no time in applying for the facility because his area in Saratok did not have Internet coverage.

“So far, I’m very satisfied with the service and whenever I meet my friends, I will inform them about MySRBN.

“In fact, many of them are already using MySRBN – some are even useing it to promote their business on social media,” says Adiq, who is now a songwriter. 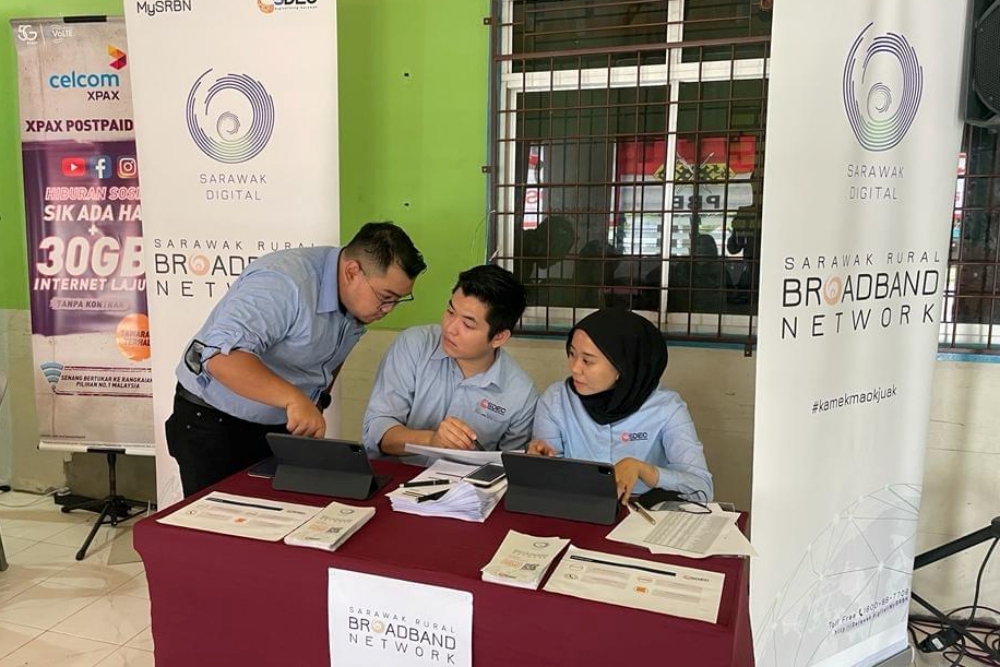 The SDEC team ready to help residents at Nanga Sekukut who have enquiries about the MySRBN system. — Screen-capture from SDEC’s Facebook page

SMART and MySRBN are among the components under the Sarawak Linking Urban, Rural and Nation (Saluran) initiative that aims to bridge the digital divide between the urban and rural areas through improvement works on 4G coverage in the rural areas.

In ensuring that Sarawak would embrace digital transformation so as to achieve economic prosperity, social inclusivity and environmental sustainability by 2030, Premier Datuk Patinggi Tan Sri Abang Johari Tun Openg has been steadfast in all efforts meant to place various initiatives to support the state’s digital economy agenda.

They include the allocation of RM1.89 billion to implement the Saluran initiative set to provide Internet facilities and serve as the catalyst for the state’s digital economy.

In May, Abang Johari unveiled the Sarawak government’s strategy of building digital infrastructures to widen Internet coverage and provide connectivity to its people, especially the rural communities.

He said given Sarawak’s vast landscape, it would need an estimated 7,000 telecommunication structures to achieve 99.99 per cent Internet penetration throughout Sarawak.