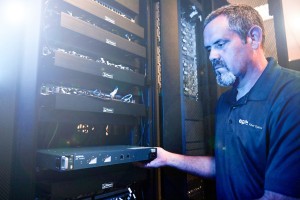 Times and speeds are changing.

And they say it is, once again, the world’s fastest service.

“EPB is keeping Chattanooga on the cutting edge,” said Vicky Gregg, EPB Board Chair. “We are once again breaking the typical approach for internet service providers by proactively upgrading to the latest technologies in anticipation of future needs. Our goal is to enable new frontiers for technical innovation and job creation for our customers to the benefit of our whole community.”

Here is the timeline for EPB’s efforts to become and stay number one in the country for internet speed:

EPB has struck a deal with Hamilton County and the City of Chattanooga to hook up the Convention Center with the new connection speed.

That will give us the first convention center in the world to offer such speeds.

The 25 Gigs should greatly improve their ability to recruit conferences, e-gaming competitions and live streaming events.

Chattanooga Mayor Tim Kelly adds “This new, incredible resource will not only attract businesses, entrepreneurs, and top talent from across the globe, it will also increase quality of life for the tens of thousands of Chattanoogans.”

The Fiber optic line network is the key to continuing upgrades.

EPB just has to upgrade their networking equipment, but not the fiber optic lines themselves, which is main expense and construction for a new system.