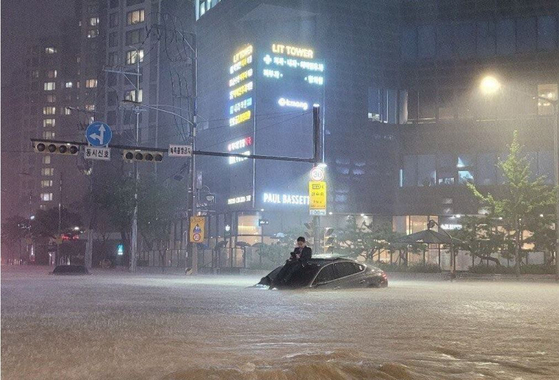 A man dressed in a suit sits on top of the bonnet of his car to escape the flooded road in front of an apartment in Seocho District, southern Seoul, Monday. [SCREEN CAPTURE]


Seoulites took to the internet to share real time stories and photos of flood damage as heavy rains tore across the greater Seoul area Monday evening.

On various online communities and social media platforms, hundreds of posts announcing flood damage were shared under titles such as “real-time situation.”

Among them, a photo of a man who escaped to the bonnet of his car in the middle of a flooded road in front of an apartment in Seocho District, southern Seoul, has gained much attention.

The man, who appeared to be dressed in a suit, looks at his phone with a resigned expression.

The photo spread across the internet and many responded to the situation, some leaving  cheeky comments such as “This man seems to have reached nirvana” and “That apartment has suddenly become a river-view apartment.” 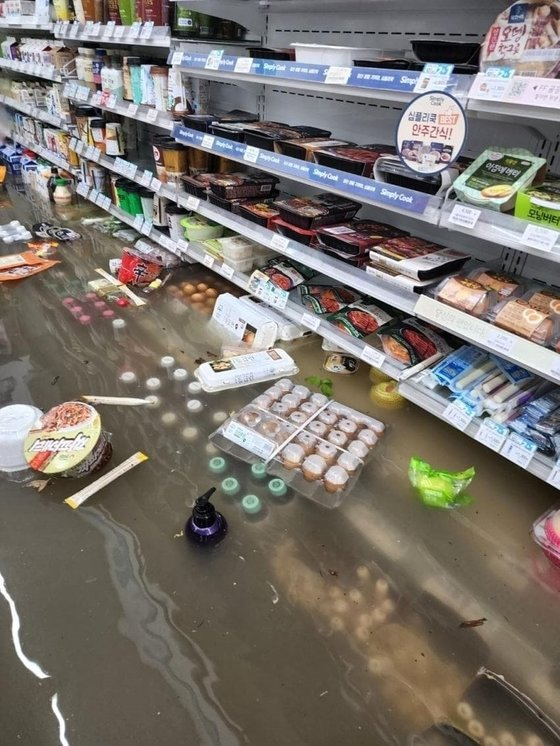 A convenience store in Incheon is flooded due to heavy rain. [SCREEN CAPTURE]


In another photo that gained traction online, cup noodles and eggs displayed on the shelves of a convenience store were seen floating around the floor after rainwater flooded the store.

The store employee who posted the photo added a caption saying, “The convenience store I am working at is submerged in water.” The store in the photo was reportedly located in Incheon. 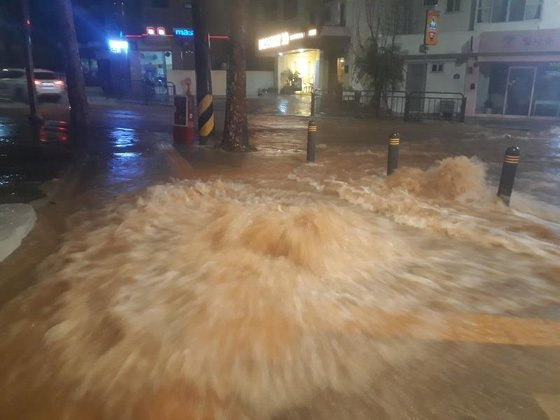 A manhole cover is thrown open with water and sewage flows out into the road. [SCREEN CAPTURE]


Another netizen shared a photo of sewage flowing out into the road after a manhole cover was thrown open with water. The netizen joked, saying, “A fountain suddenly appeared in the road.”

In another part of Seoul, a man wearing a red swim cap was filmed swimming in a flooded road in Sillim-dong, Gwanak District. Netizens nicknamed him “Sillim-dong Phelps,” after the U.S. Olympic gold medalist swimmer Michael Phelps.

The heavy rain that poured across the greater Seoul area this time, which caused roads and homes to flood and seven deaths as of Tuesday morning, is expected to continue throughout the week.

The Korea Meteorological Administration predicted that it would rain 100 to 300 millimeters (4 to 12 inches) in the metropolitan area and Gangwon by Wednesday, 30 to 150 millimeters in Chungcheong and North Gyeongsang, and 30 to 50 millimeters in North Jeolla.