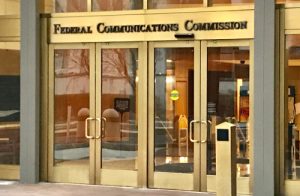 During an executive session held by the committee, members voted to approve the Network Equipment Transparency (NET) Act, S. 3692, and the Funding Affordable Internet with Reliable (FAIR) Contributions Act, S. 2427.

If enacted, S. 3692 would direct the Federal Communications Commission (FCC) to evaluate and consider the impact of the telecommunications network equipment supply chain on the deployment of universal service, according to the text of the bill.

“As we begin to deploy more broadband from the bipartisan infrastructure law, it’s critical we keep these projects as insulated as possible from the negative impacts of the supply chain crisis,” Sen. Capito said. “I’m pleased our committee advanced this bipartisan legislation because connecting West Virginians with reliable, high-speed internet remains our priority, and the NET Act would provide us with another tool to monitor the supply chain so these crucial projects can be executed in a timely manner.”

The other committee-approved bill, S. 2427, would direct the FCC to conduct a study into the feasibility of collecting Universal Service Fund (USF) contributions from internet edge providers such as YouTube, Netflix, and Google.

“As we all know, building out our internet infrastructure is expensive, especially in hard-to-serve areas like West Virginia,” Sen. Capito said. “For some time now, Big Tech has profited off of the critical infrastructure used for common day-to-day activities while not helping at a sufficient level to improve those capabilities with broadband investment in states like West Virginia.

“This important, bipartisan legislation we passed would explore ways that Big Tech can step up and help close the digital divide and bring universal service to West Virginia’s families, schools and communities,” added the senator, who introduced the bill in July 2021 with bill sponsor U.S. Sen. Roger Wicker (R-MS). Other cosponsors include U.S. Sens. Todd Young (R-IN) and Ben Ray Lujan (D-NM).

Specifically, S. 2427 would direct the FCC to issue a Notice of Inquiry seeking public comment on the feasibility of collecting USF contributions from internet edge providers, and to issue a final report on the matter within 180 days that considers possible sources of Big Tech revenue; the fairness of the current system and a system under which contributions could be assessed on Big Tech firms; and the feasibility of assessing contributions on such a broad category of firms that do not currently register with the FCC, among other considerations.

Both bills now will be considered on the floor of the U.S. Senate.