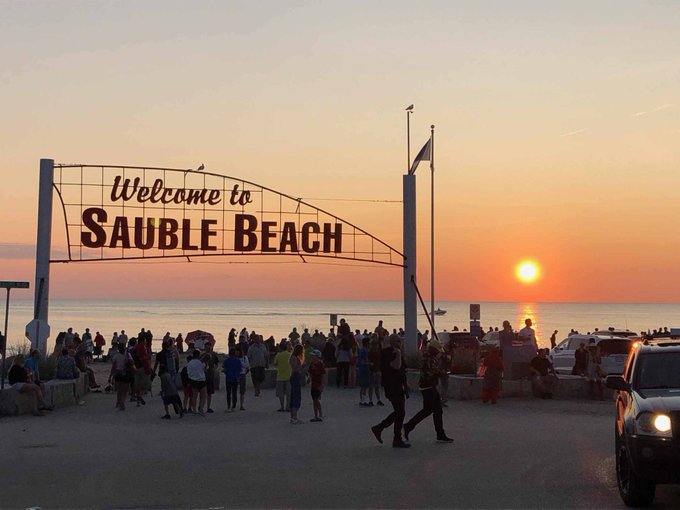 During a meeting on May 17, a presentation from Shared Tower and GB Tel was made to council to propose a build of nine towers along Lakeshore Boulevard.

South Bruce Peninsula Mayor Janice Jackson says while they are called towers, they are narrow enough to be deemed flag poles. She says they will not only stabilize internet in the area but also expand service radius.

Jackson says these poles would be placed on or along existing structure like the washroom buildings by the beach area.

“If we did permit this, we would make sure they are placed in a way that really isn’t going to stick out like a sore thumb and hopefully people won’t even see them. We are always looking to boost our internet capacity right across South Bruce Peninsula,” says Jackson.

Jackson adds this proposed project would also assist with their paid parking program as they use wireless internet to run their system.

“Anytime the internet signal is interrupted, our paid parking machines go down, so this will help the town as well with the revenue from paid parking,” says Jackson.

Jackson says these proposed poles would also support other internet service providers, and believes it to be a win-win situation for everyone.

Jackson says the current proposal is for the Sauble Beach, Lakeshore Boulevard area for now, but thinks this would be more of a pilot situation. She says if the poles are successful, the town would approach the developers to possibly expand the towers into other areas.

Jackson says the only concern council has for these proposed poles would be from a visual perspective.

“I am not sure council has too many concerns but if we do go forward with this proposal, we will certainly have a large input on the placement of the poles and so we will obviously do everything we can to conceal them,” says Jackson.

Jackson says for next steps, they have given direction to staff to work with Shared Tower and come back to council with a proposal and recommendation.

Jackson estimates if the approval process goes smoothly, they might see wireless internet poles in the ground within the next six months.