Senate Bill 156, enacted in July 2021, provides $6 billion for broadband deployment in California. There is a statewide, as well as countywide effort, to bring internet services to those who have no access or who have poor service.

During the Plumas County Board of Supervisors meeting Aug. 16, supervisors discussed the portion allocated for pre-deployment costs. The state has earmarked $50 million in Local Agency Technical Assistance (LATA) funds, and entities can apply for up to $500,000, for that purpose.

Plumas County joined the Golden State Connect Authority for assistance in improving broadband access, and during the meeting, its representative, Barbara Hayes, talked to the supervisors about pursuing these funds, which would involve some upfront costs.

“We can absorb the cash flow during the period of the grant … similar to the grant advance line of credit program that Plumas has used for other projects,” Hayes told the board. “Similarly, we will manage the grant with you and for you. We encourage you to take advantage of this opportunity.”

Board Chairman Kevin Goss asked Hayes if Plumas Sierra Telecom would be applying separately for the funds.

Hayes said she has been talking with the Internet provider and received letters of support from Plumas Sierra Telecom for Plumas, Lassen and Sierra counties and the city of Susanville. “They won’t be applying separately because it would be overlapping jurisdictions, which would cause delays,” she said. “Their support will strengthen the counties’ applications.”

Supervisor Greg Hagwood noted that there have been recent conversations with Caltrans about planned roadway improvements throughout the county, and he said “we should pursue and support” this opportunity, but it might be a time to bring the parties together so that the broadband infrastructure and roadway improvements mesh.

In addition to the $50 million in LATA funds discussed by the board, the $6 billion is slated to be disbursed by the California Public Utilities Commission in the following manner:

$2 billion for Federal Funding Account Last Mile – formula allocations calculated on a county basis to provide last mile grant funds to the designated unserved/underserved areas. (While monies are allocated on a county basis, they do not flow to the counties – they are available to providers (such as Plumas Sierra Telecom) who commit to delivering services to the unserved/underserved. 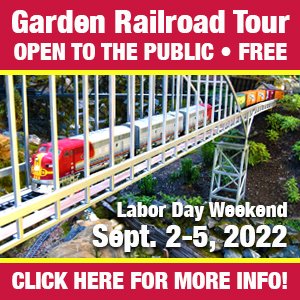 $750 million for Loan Loss Reserve fund – available to municipalities to serve as security against financing models that attract private investment.