You are here: Home / Bitcoin / Buying Bitcoin As An Insurance Policy – Seeking Alpha

In previous bitcoin articles, I discussed main reasons why every investor should own bitcoin. In summation, bitcoin is a breakthrough technology because it allows individuals to make digital payments without intermediation from a bank or other financial institution. This circumvents the security weakness of dealing with a third party as well as time and fees. It is a form of digital cash.

Unlike fiat currencies that undergo constant devaluation to fund budget deficits, bitcoin is the only asset in existence that contains perfect scarcity and is tamper-proof. Bitcoin achieves this with its algorithm that does not allow for the creation of new bitcoins past 21 million, with 20 million coins mined by 2025. Aside from its practical use as a financial disintermediary, stock-to-flow analysis indicates that the market price for one bitcoin should rise exponentially as a fixed stock (number of bitcoins in circulation) undergoes a halving of flow (reward for mining). The famed chart below demonstrates how the prices react to increases in the stock-to-flow ratio. Bitcoin is also a digital store of value due to its absolute scarcity in a world where your purchasing power is constantly being debased by money printing. 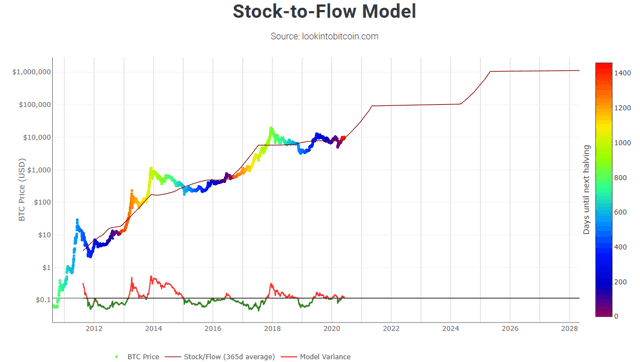 However, this article goes in depth on a topic I have only briefly mentioned in previous articles. Bitcoin is an insurance policy against a dysfunctional monetary system that relies on currency debasement to manage budget deficits and backstop financial markets. Bitcoin has evolved from an anarcho-capitalist pipe dream to a nascent asset class and what Paul Tudor Jones calls the “macro big bet.”

This article goes into how Central Banking and unsound money have created massive economic inefficiencies and fragility. This fragility requires a hard money insurance policy that only bitcoin can solve.

Central Banks and the Frankenstein Monster

Constant tinkering with economic variables has changed the role of capital markets from a link between investors and businesses requiring capital to a global casino and political utility. Keeping interest rates below their natural level has effectively taxed the poor to fund a stock market backstop.

The basis of Central Banking is to pull aggregate demand forward to stimulate economic activity. The two tools to do this are interest rate manipulation and liquidity injections. In free-market capitalism, commercial banks use savings as loanable funds and there is a market price for interest rates. If interest rates are too low, there will be a shortage in savings and less capital available to lend out. Without money to lend, banks would have to increase the interest rate to create more savers and meet this demand. However, in a system that puts aggregate demand above all else, central banks alter the price of capital to where loan demand permanently exceeds savings supply, and the gap is filled with money created out of thin air. For specifics, read the 2014 Bank of England report entitled “Money Creation in the Modern Economy.”

Interest rate manipulation creates a bloated financial system as keen financiers take advantage of artificially low rates to fund speculation. The foreign exchange market, simply transferring one currency to another to profit from a floating exchange rate system, is 17 times larger than global GDP. $2,409 trillion of FX is traded every year while the global GDP is $138 trillion.

This system also destroys the value of currency in circulation. The chart below shows U.S. Dollar purchasing power overlaid with money supply. The obvious correlation is that increases in money supply reduce purchasing power because freshly printed money contains no intrinsic value; instead, it steals value from the currency in circulation. Unsound money is a tax on the poor because it reduces the value of wages and savings. The poor earn wages and save to purchase items while the wealthy have financial and real assets. When one considers that newly created money enters and stays within the financial system while individuals and small businesses continue to struggle, the Fed is inadvertently taxing the poor to backstop the stock market. I sincerely believe that this plays a large role in the social bifurcation and unrest we see today. 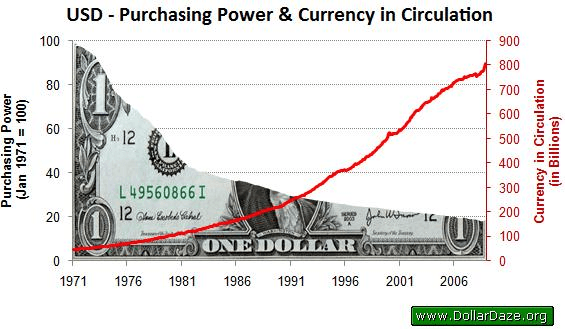 The Cantillon Effect states that a change in relative prices occurs with a change in the money supply because of the flow of that new money in the economy. Generally, those who receive this money first have a great advantage over the rest because they can spend those dollars before the price increases. Whereas central banks believe money is money and inflation should affect all prices equally, the Cantillon Effect explains why CPI remains subdued while the stock market is roaring to all-time highs with depression level employment and productivity statistics.

The money supply has increased nearly 23% annualized since 2008 according to the Fed’s balance sheet. Let’s analyze the flow of this money according to the theory above. The Fed uses new money to buy bonds from primary dealers. This increases the price of bonds and subdues the yield. These commercial bank primary dealers use this money to fund investments such as stocks, bonds, and real estate. The top 10% of households by income distribution own 81% of stocks. 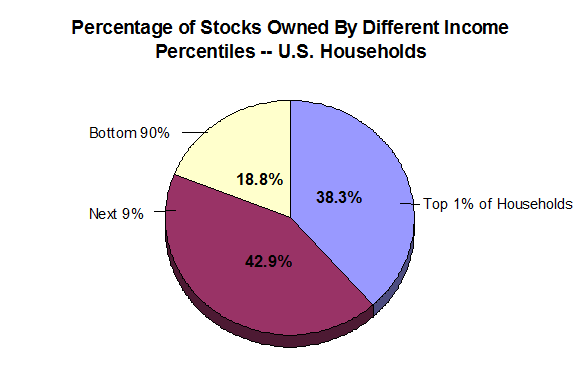 The wealth gap below will only get larger. Central banks and unsound money have created the largest transfer of wealth in history by taxing the poor and middle class through currency debasement and injecting new money into the financial assets. Commercial banks, therefore, have the exorbitant privilege of high profitability and public sector protection whether Central banks realize it or not. 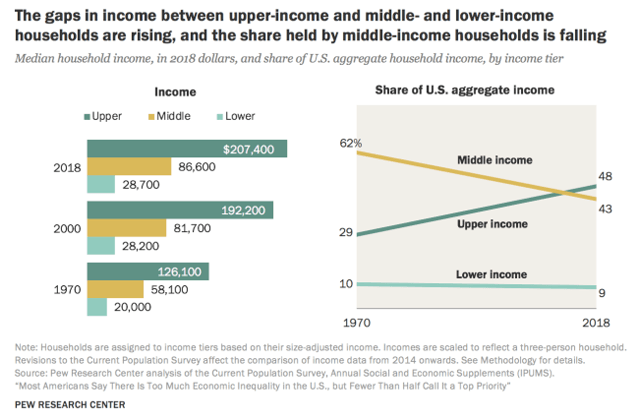 The market is not rallying on fundamentals or optimism of a V-shaped recovery. Under riots and record unemployment, the market is rallying, and will likely continue rallying, because trillions of dollars of unsound money is bidding up risk assets through the Cantillon Effect.

This system is fragile. In order to avoid large-scale corporate defaults, each recession is solved through more debt, more liquidity injections, and lower rates. This only exacerbates the distortions above.

The major risk to the financial system is inflation. Normally, central banks raise interest rates to combat widespread inflation. However, this would lead to larger government debt service payments and arguably a fiscal crisis. They must let inflation run hot or increase taxes as Modern Monetary Theory suggests and increasing taxes with current social tensions does not seem likely.

The first inflation risk to the financial system can occur as Baby Boomer political leaders pass the torch to Gen X or Millennial leaders. I believe these leaders are more likely to implement populist programs such as Universal Basic Income. This would increase velocity of money and be highly inflationary.

The next inflation risk is that the current rate of increase of base money supply continues. As the chart below shows, M2 money growth remained range-bound between 7-8% since 2000 despite QE programs. The chart has gone vertical with the Fed response to the coronavirus crisis, increasing nearly 20% in two months. 7% money growth with 3% GDP growth implies 4% rate of inflation. We would have an implied inflation rate of 17% if the current level of printing continues – all based on currency depreciation and not increased demand.

Where Bitcoin Comes In

Bitcoin is the only form of hard money currently in existence. In the event that citizens vote for populist leaders willing to use the printing press to fund budget deficits, or in the event that staving off the ill effects of the coronavirus leads to a currency crisis, bitcoin’s perfect scarcity will hold value. Unlike gold, bitcoin is also exchangeable instantaneously across different locations and is infinitely divisible. If a currency crisis or runaway inflation occurs, bitcoin is the only form of money in existence that cannot be tampered by central banks or populist governments.

At worst, bitcoin is your insurance policy against the current distortions and fragility in capital markets. At best, bitcoin is a call option on a sound money alternative financial ecosystem currently being created by those who see the writing on the wall.

Disclosure: I am/we are long BTC-USD. I wrote this article myself, and it expresses my own opinions. I am not receiving compensation for it (other than from Seeking Alpha). I have no business relationship with any company whose stock is mentioned in this article.