You are here: Home / Bitcoin / How will all the chaos in the world impact the price of bitcoin? – GeekWire 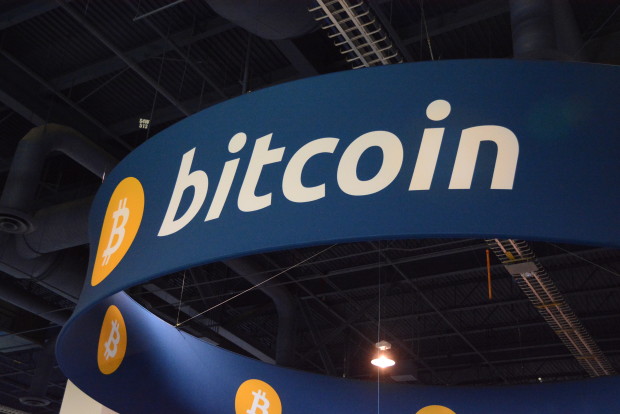 Strix Leviathan operates a quantitative digital asset fund taking systematic long and short positions in large-cap digital currencies including bitcoin and ethereum, so our perspective on the global economy doesn’t have a major impact on the day-to-day operation of our business. We do, however, live in a world of news and numbers and the narrative that’s being woven by current news and numbers is important to share. Headquartered in Seattle, Wash., we have been feeling the effects of the first viral hotspot in the U.S. for the last few weeks.

As a GeekWire reader, you’re likely familiar with the coronavirus situation and its broader impact to the global economy. If you’d like a refresher, we’ve done a deep dive on our blog. The abridged version is that the impacts from the coronavirus are just beginning to be felt and will be long lasting. We must flatten the curve of infection to ensure stability of our medical system. The economy is in for a bumpy ride through the remainder of 2020.

We’d like to focus on our area of expertise: cryptocurrency. How will all the chaos in the world impact the price of bitcoin? No one knows. And anyone that claims differently is selling you a bag of goods.

This asset class is experimental and thus entirely speculative, and despite being labeled as a safe haven asset immune from the whims of the global economy, bitcoin did not exist during the 2008 economic crisis. Ironically, it was formed out of the ashes of that spectacle and has existed solely in a risk-on global macro climate. Given that bitcoin has never existed during any form of global financial turmoil, there are zero data points to extrapolate from.

Over the last few weeks, bitcoin’s price action has followed closely in line with regular markets, surprising many and damaging the notion of bitcoin’s lack of correlation. When we started working on this piece, the price of Bitcoin was hovering around $8,000 and in the following 24 hours has fallen more than 25% to $6,000. Global markets are scared and behaving as if investors are running for the exits on almost everything.

Bitcoin fall victim to the COVID-19 panic. I truly did not see that coming, I thought it might act as a safe haven asset. $BTCUSD

Crypto needs a significant amount of new capital to enter the space to break out of the global downtrend that began at the end of 2017. A major question we keep asking is where does that capital come from?

Retail investors entered en-masse during the great crypto bubble of 2017 with huge inflows of capital. As that bubble popped, many of those retail investors lost significant sums of capital and have grown skeptical and impatient with the asset class. Those that remained experienced repeated false excitement of another 2017-style bull market only to be met with incredible selling. This has become maddening for many.

Coronavirus Live Updates: The latest COVID-19 developments in Seattle and the world of tech

We expect that many retail investors are so underwater that “hodling” will persist, but we have limited expectations that they add substantial sums to their positions, particularly as other investments fall off a cliff. Others will give up entirely, the pain of astronomical drawdowns too much to bear.

The entry of large-scale institutional capital has long been pointed as the saving force since those December 2017 highs. That capital is always believed by many to be just 3-to-6 months away. We believe we are likely much further away from major institutional inflows given the current economic landscape combined with the current regulatory environment, and a number of other issues. Institutional allocators have other fires and little reason to embark on further diligence of a small, speculative, experimental asset class at the moment — particularly one that does not have a sufficient track record or established relationship within the broader system of financial markets.

One argument that you hear frequently is that the looming bitcoin halving will cause a dramatic rise in the value of bitcoin. This has been widely popularized by the “Stock to Flow (S2F) model” — a model we don’t think particularly highly of. A popular narrative within the cryptocurrency space is as follows:

“The halving of mining rewards has the effect of reducing sell pressure from miners which in turn creates an imbalance in supply and demand that then facilitates a dramatic escalation of price.”

With few people buying, and with miners selling, there are enormous headwinds facing the bitcoin markets.

However, after completing an analysis of prior halvings, we found that there is limited impact of a halving event on pricing action. It appears more likely that the return behavior before, during, and after a halving coincided more with increasing levels of speculation than with an underlying shift in sell side pressure.

In our view, it is not possible to make statistically meaningful claims regarding the impact of the halving given that there only exist two prior data points. The last two halvings occurred in 2012 and 2016 with markets (both crypto and traditional) that were dramatically different in nature. Bitcoin has moved from a world of hobbyist miners into the world of industrial-scale miners that utilize all of the financial tools at their disposal (i.e. options, futures, lending). Further, neither of the previous two halvings occurred while the global economy stood on the precipice of a recession.

That said, we do believe the halving will have some measurable impact on the broader cryptocurrency space. Cutting miner income in half creates incredible economic pressures on the mining industry. This industry has thrived with access to cheap credit and the benefit of a significant profit premium over the last few years — two beneficial conditions that are about to come to an end. We believe selling pressure could be on the horizon as miners face a confluence of factors, including damage to balance sheets, limited availability of financing and a reduction of mining rewards.

With few people buying, and with miners selling, there are enormous headwinds facing the bitcoin markets.

Where some see doom and gloom, others see opportunity.

“It is not the critic who counts; not the man who points out how the strong man stumbles, or where the doer of deeds could have done them better. The credit belongs to the man who is actually in the arena, whose face is marred by dust and sweat and blood; who strives valiantly; who errs, who comes short again and again, because there is no effort without error and shortcoming; but who does actually strive to do the deeds; who knows great enthusiasms, the great devotions; who spends himself in a worthy cause; who at the best knows in the end the triumph of high achievement, and who at the worst, if he fails, at least fails while daring greatly, so that his place shall never be with those cold and timid souls who neither know victory nor defeat.” — Theodore Roosevelt

Despite those major headwinds, there will be a recovery, of that we are certain. It is possible the speed of that recovery may disappoint many looking for quick riches. However, bitcoin and the broader digital asset class is here to stay, wild price swings and all. These technologies power an entirely new and fascinating world of assets. Financial rewards exist for those that appreciate the risks and opportunities created by these disruptive assets. There is power in humility and opportunity within crisis.

Expect the unexpected and please be safe out there.