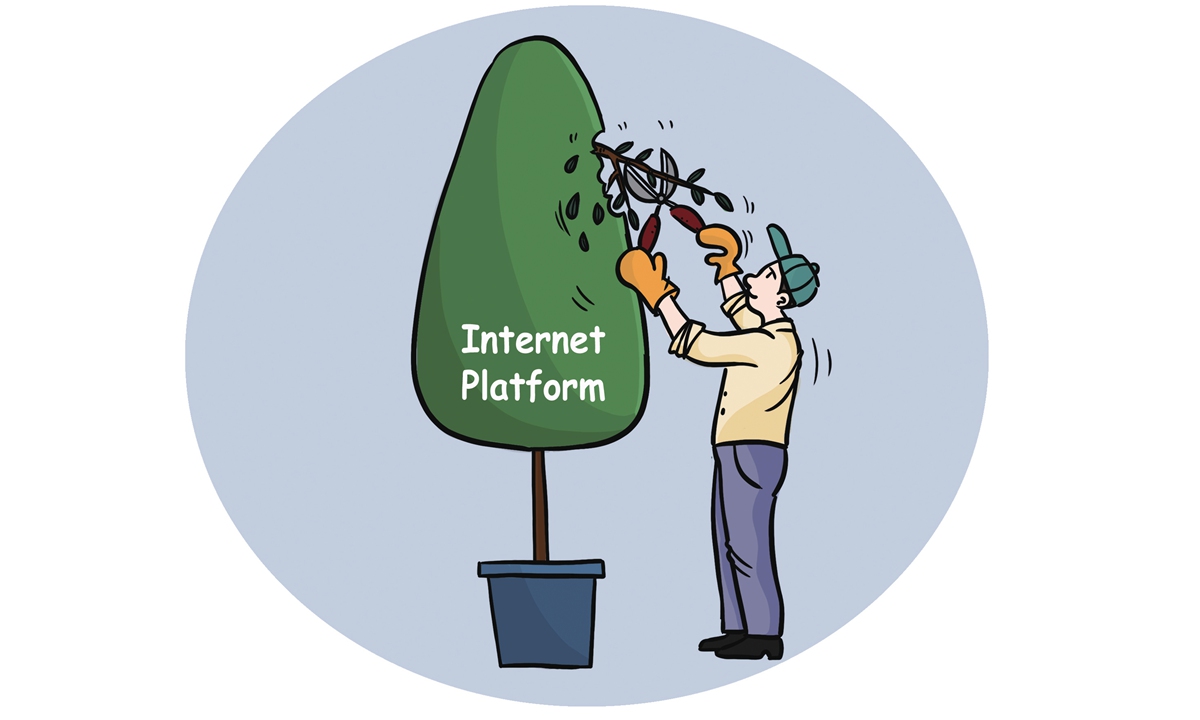 The first China Internet Civilization Conference ended in Beijing on Friday. It was held amid society in flux: When people are facing the changes and challenges brought about by digital technology. President Xi Jinping clearly noted in a congratulatory letter to the 2021 World Internet Conference Wuzhen Summit in September that digital technology is being fully integrated into all fields and the whole process of economy, politics, culture, society and ecological civilization construction with new ideas, new forms and new models, having extensive and profound impacts on the production and life of humankind. On Friday in his congratulatory letter to the Internet Civilization Conference, President Xi said that as a major component of social etiquette and civility under new circumstances, internet civilization is a key area of enhancing China’s strength in cyberspace.

From the content and focus of the conference, it can be seen that the realization of internet civilization relies on the construction of a governance capacity and system that effectively regulates network users’ behavior in various ways to ensure the cleanliness as well as sustainable and healthy development of cyberspace. With a current worldwide estimated population of 7.8 billion, approximately 5 billion people have access to and use the internet frequently. In China, there are 1 billion web users. More and more people are having their own “digital personalities” in cyberspace, making communication and interaction in cyberspace an indispensable part of the society.

From the experience and practice of developed countries of the US and in Europe, cyberspace without effective regulation can easily produce hate speeches, disinformation and misinformation. The lack of consensus-based one-way governance system, such as selective management manifested by Twitter and Facebook, is not only inducing widespread dissatisfaction among users, but also playing a negative role in fueling the contradictions and conflicts in reality. The spillover of the malignant culture in cyberspace has impacted social stability and even national security to various degrees.

Meanwhile, as the country with the largest number of internet users in the world, China has developed cyberspace governance with Chinese characteristics and wisdom under the leadership of the Communist Party of China. The distinctive features of the network governance system with Chinese characteristics include advocating the construction of a civilized behavior model in cyberspace, promoting the orderly dissemination of positive contents in cyberspace based on people’s consensus, educating, organizing and mobilizing internet users to participate in the governance of cyberspace and actively pursue the construction of a clean cyberspace as well as building an internet information system that serves people. These efforts have also laid a solid foundation for China to continuously explore and improve effective governance of cyberspace through Internet Civilization Conference.

At present, technology information revolution is seeing rapid development, which is intertwined with the COVID-19 pandemic, climate change and other complex issues. The balance of power in the international system is also undergoing profound changes unseen in a century. The development of digital economy has spurred new economic forms such as fan economy, further raising new requirements for improving governance capacity of cyberspace’s ecology and promoting healthy cyber behavior patterns.

In practice, people can easily feel the new challenges brought about by those changes. The fan economy has enriched the value creation and production in cyberspace, but it has also posed challenges to how to regulate the “fan circles,” and how to avoid abuse of online celebrities’ influence. The emerging ecology with Metaverse as the core symbol has put forward new requirements on supervision. The regulatory bodies should be able to make subversive and bold innovations to avoid negative online ecology that prioritizes commercial interests.  In general, the present demands for cyberspace governance have transcended the traditional scope.

The convening of the Internet Civilization Conference and the discussions over how to use internet in a civilized manner and how to shape and purify the cyberspace to build a beautiful spiritual home could be seen as a typical example of how China has offered “Chinese wisdom” and “Chinese plan” to global cyberspace governance reforms.

The author is deputy director of the Fudan University Cyberspace Research Center. opinion@globaltimes.com.cn