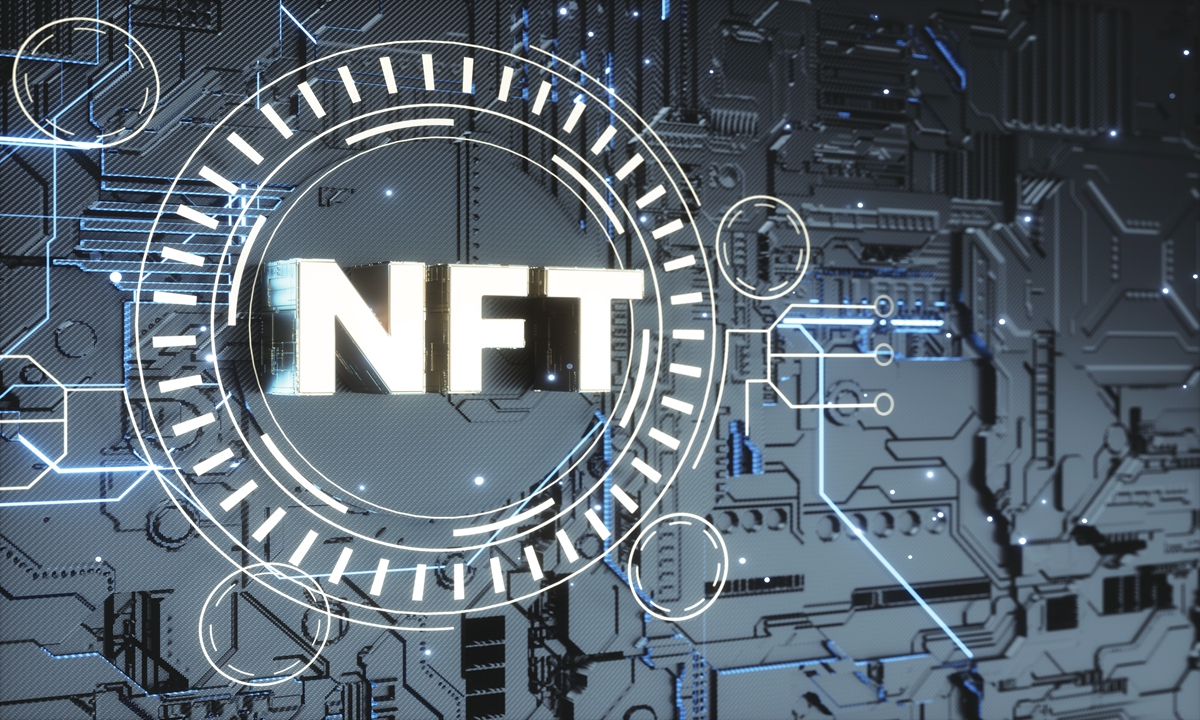 The latest moves came from the domestic internet industry players in November, launch of R-space by Chinese start-up Xiaohongshu or Little Red Book, allowing collectors to directly purchase digital collections within the app itself and are gifted with an actual commodity.

Aibank, established jointly by China CITIC Bank and Baidu, the nation’s first state-controlled internet bank, also launched its own digital collection on November 18 for the bank’s fourth anniversary, marking the first NTF digital collection in the banking industry, according to media reports.

The niche sector has been growing rapidly throughout 2021, with leading domestic players such as Alibaba and Tencent betting big on.

An NFT is a digital asset developed based on blockchain, and each NFT is a uniquely identifiable digital item that can be authenticated through blockchain, unlike most digital items which can be endlessly reproduced.

The NFT trend has been further popularized with Chinese internet giants going big on related investment and strategic plans. Tencent launched an NFT trading platform named Huanhe in early August, while Alipay launched 8,000 limited-edition NFTs based on two pieces of artwork to commemorate ancient artwork from the Dunhuang Caves in June which were sold out quickly after becoming available to the public.

An industry insider, who spoke on condition of anonymity, told the Global Times on Tuesday that the niche sector is still at an early stage of its development in China, with the major digital collections now still being traded through auctions denominated in yuan.

Even with major internet giants stepping into the field, it will take time and effort to further develop the industry as the market is still young and Chinese consumers are still not familiar with the concept and function of digital assets, according to the insider, adding that NFT platforms have the potential to grow into popular apps following relevant regulations in accordance with law.

Some analysts pointed out that the NFT market has been gaining more attention following the trending and heated discussion of the metaverse, and the market’s potential to unlock NFT related business opportunities.

The launch of Aibank’s first NFT digital collection is an initial attempt by the bank to embrace the metaverse, according to Chen Longqiang, deputy chief strategy officer of Aibank..

The industry insider stressed that the NFT industry and metaverse are two separate fields. The metaverse mostly targets games whereas NFTs are akin to digital asset forming digital collections, noting that some users and application scenarios of the two fields share some crossover, and will promote the development of each other.

Regulation to catch up

As NFT trading gains in popularity, market regulation is set to catch up in accordance with its evolvement, industry observers said.

Although NFTs have not yet been officially included into the regulatory scope for cryptocurrency in China, the possibility cannot be excluded, Chen Bo, director of the Digital Finance Research Center at the Central University of Finance and Economics, told the Global Times on Tuesday.

“For Chinese regulators, they need to look through the superficial format into the essence: whether the NFT is only a kind of assets or it has any financial attributes,” Chen said, noting that if any market players use the format to conduct any financial fraud, they will be strictly regulated.

According to Chen, NFTs and cryptocurrency share a similar technological base – the blockchain.

Chinese authorities have doubled down efforts on virtual currency regulation this year to fend off financial risks, urging the exit of cryptocurrency mining projects.

“As for NFT, Chinese authorities are now taking a wait-and-see attitude,” Chen said, adding that the type of “one-size-fits-all” regulation remains unlikely.

In an article published by the People’s Daily last week, the question was raised as to whether the NFT is another zero-sum game hyped by cryptocurrency investors and capital.

At present, the hype about the concept of NFT and metaverse has spread to listed companies and capital market. Some behaviors such as riding on the hot spots and speculating concepts are also causing the vigilance of the regulatory authorities, the article said.

China’s technology giants are also playing down their links to NFT. Alibaba and Tencent have both renamed their NFT offerings as “digital collectibles” amid investor concerns.

The industry insider added that Tencent and Alibaba have become more cautious with the management of digital assets on their platforms since then and implemented measures to regulate the online trading of digital assets.