Rising food and energy costs have pushed the already soaring U.S. inflation to another four-decade high. According to the Labor Department’s Bureau of Labor Statistics, the February Consumer Price Index (CPI) increased 7.9% over the past 12 months. CPI measures the weighted average prices of goods and services, such as gas, food, medical care, and more.

The surging prices not only force more and more Americans to re-think their budget but also invite industry experts to share their thoughts. Recently, one such Bloomberg article has gone viral. NYC-based labor economist Teresa Ghilarducci wrote a piece headlined ‘Inflation Stings Most If You Earn Less Than $300k’. Later on, Bloomberg shared it on social media, and it got widely mocked by anyone with a Twitter account.

You see, Ghilarducci shared tips on dealing with inflation which people all over thought were extremely out-of-touch and delusional about the reality. She wrote that if you want to “lessen the blow” of inflation, it’s time to substitute lentils for meat and let your pet die of cancer. People quickly started sharing their reactions online, so scroll down to see what they had to say.

Bloomberg’s recent opinion piece with tips for surviving inflation “if you earn less than $300k” received backlash on Twitter, with many people sharing their reactions 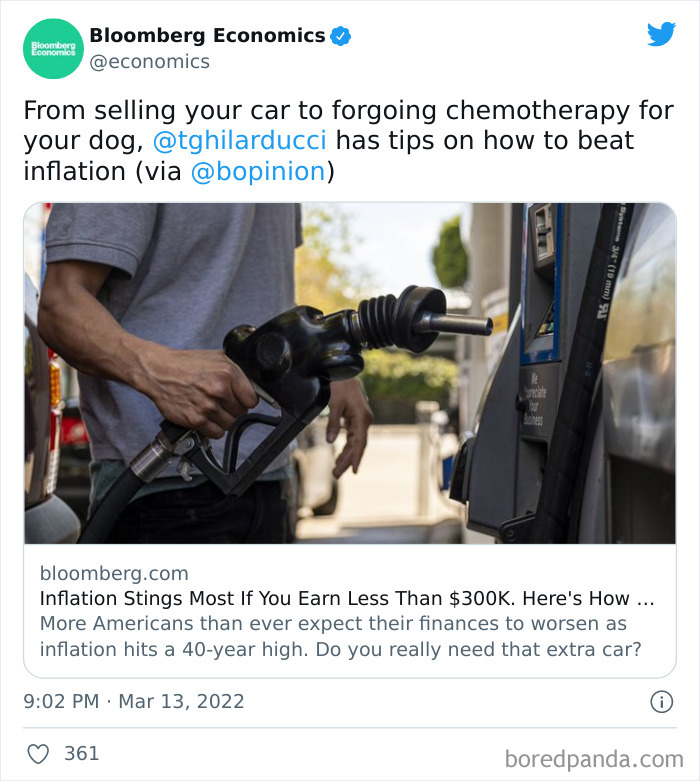 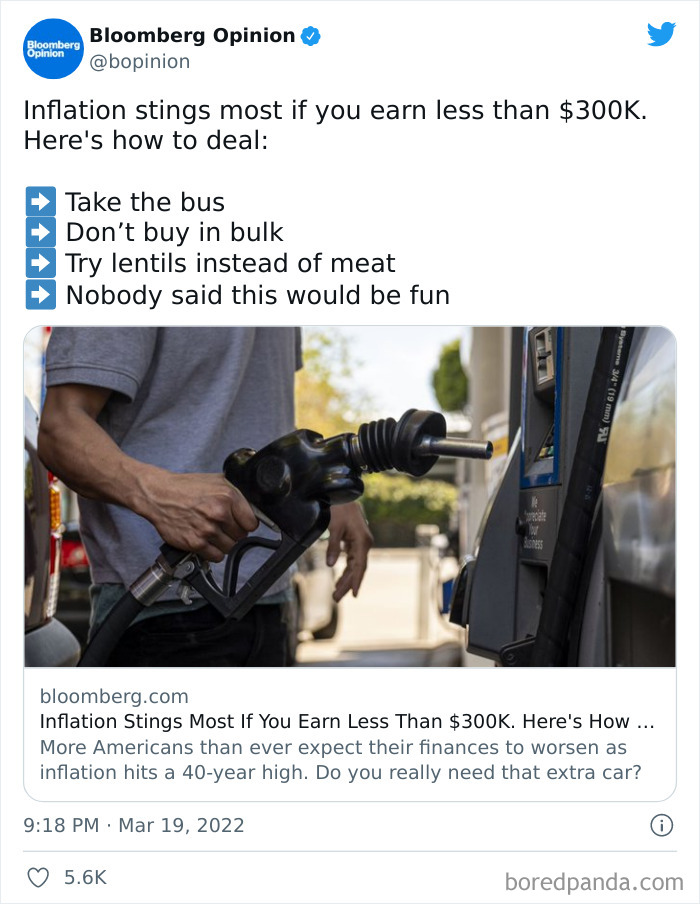