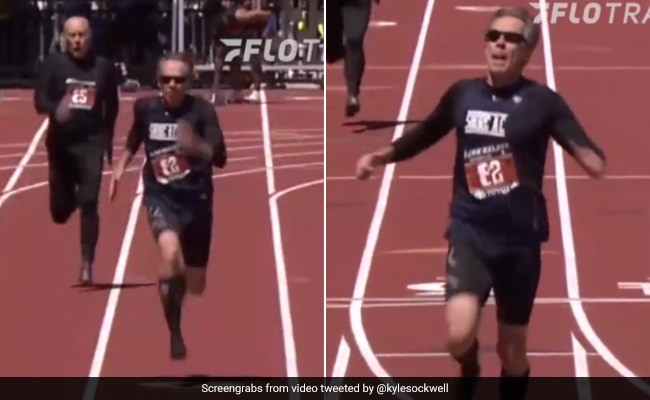 Internet has described Michael Kish as an inspiration.

A 70-year-old American man has left the internet stunned by completing a 100-metre dash in less than 14 seconds. According to news.com.au, Michael Kish finished the event in 13.47 seconds at the Penn Relays on Thursday. He proved that age is just a number by setting a strong time for his competing age group and taking home the 100-metre title in the 70-year-old category.

This is like a 70-year-old going 23.5 in the 50 freestyle…pic.twitter.com/GVg2EFzXrR

The Shore AC athlete set fire to the track and the footage of his impressive feat has gone viral on social media. Starting the race and separating himself from other athletes, Mr Kish grabbed an early lead. In the clip, one can see the 70-year-old, who is a grandfather, zooming past his competition while sporting black sunglasses.

Since shared, the clip has been viewed over 1.9 million times. Internet users have described Mr Kish as an inspiration. While one user jokingly said, “I don’t even drive that fast,” another added, “These guys at 70 are faster than I ever was”. “I’m embarrassed that a 70-year-old guy could beat me in a race,” wrote third.

Meanwhile, as per news.com.au, Philadelphia’s Don Warren placed second with a time of 14.35. Joachim Acolatse finished third at 15.86.

The media outlet also reported that the all-time 100-metre record for men aged 70 or over is held by America’s Bobby Whilden, who completed the dash in 12.77 seconds during the 2005 Senior Olympics. Moreover, in 1910, Poland’s Stanisław Kowalski created the record of running 100 m in 34.50 seconds in the category of men over the age of 105.