Home
Internet
A real crisis puts the internet whingers into perspective and, yes, your suffering is trivial | Comment 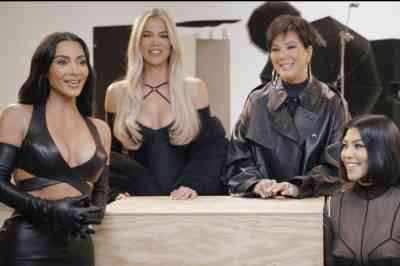 Kim Kardashian, trainee lawyer, left, in “bondage” for sentencing perhaps, with her sisters, Khloé and Kourtney, and mother, Kris

Have you noticed, in the wake of the Ukrainian crisis, ever such a teeny tiny shortening of tempers when it comes to putting up with professional moaners and high-profile online “victims”? People, for example, such as the bedwetting writer Laurie Penny, who claimed last week that bad book reviews for a recent book she wrote on sex and gender had triggered her “CPTSD” (complex PTSD).

In beforetimes, Penny would probably have got away with this: if someone felt they had CPTSD as a result of book reviews, well, then, CPTSD is what they had. But now we seem rather less inclined to suck up obvious trash when children are dying and new mothers are being carpet-bombed by Russia’s unhinged Dobby the House Elf lookalike.