You are here: Home / Internet / A week, and still no internet: Century Link down, but why? – Boca Beacon 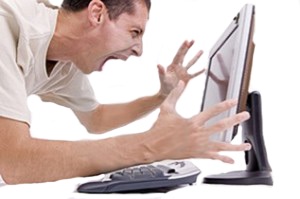 Note: CenturyLink services were restored to some islanders on Tuesday afternoon, after this article was written.

BY OLIVIA CAMERON- Last week, local complaints concerning the lack of internet service in Boca Grande stretched on for over seven days. Those who were hooked up to CenturyLink noticed the shortage but were unsure why the problem remained unsolved.

CenturyLink has confirmed that a fiber cut affected the internet in the area. The cut had directly interrupted service, and technicians had since been working to resolve the technical difficulty. When work is conducted near underground wires, it can be difficult to work around them if they are labeled inaccurately.

Underground Utility Services has also been boring cables encased in pipes to protect them from water damage under the soil near Gulf Boulevard. The company explained the importance of having important electrical wires and cables flagged properly to prevent accidentally cutting in the wrong area.

When boring with pipes, utility workers occasionally drill underground using a directional boring technique. This technique is suitable for an assortment of soil types. The machinery operator drills a hole to create a path, followed by the use of a larger cutting tool to expand the path. Then the pipe is installed.

There are many ways to pipe bore, but each way offers protection to the cables while avoiding eco-unfriendly trenches.

Underground Utility Services representatives have said they have not had any reports of damage regarding their work on the south end of the island. The CenturyLink fiber cut has been a sudden mishap that technicians set out to fix.

The internet can also stop working due to changes being made at the internet service provider’s end. The mystery also remains regarding whether squirrels and other animals are the culprits chewing fiberoptic cables.

If you are wondering why your internet service has been interrupted, you are encouraged to speak directly with your provider to determine the nature of the problem.