“Comcast is the digital divide,” said Devren Washington, organizer with the Movement Alliance Project. “We are demanding that Comcast get our students online so that they can receive their education.”

Comcast did not provide an official comment for this story. But in the past, the company has pointed to several steps it’s taken to expand internet access during the coronavirus pandemic and challenged the feasibility of some of the demands.The conflict is playing out at a time when internet access has become the passport to school attendance for the roughly 200,000 Philadelphia children in district and charter schools.

Last week, the School District of Philadelphia announced it would begin the 2020-21 school year online — and would remain 100% virtual through at least mid-November.

The District estimates that about 5% of its 125,000 students lacked reliable internet access during virtual school in the spring. 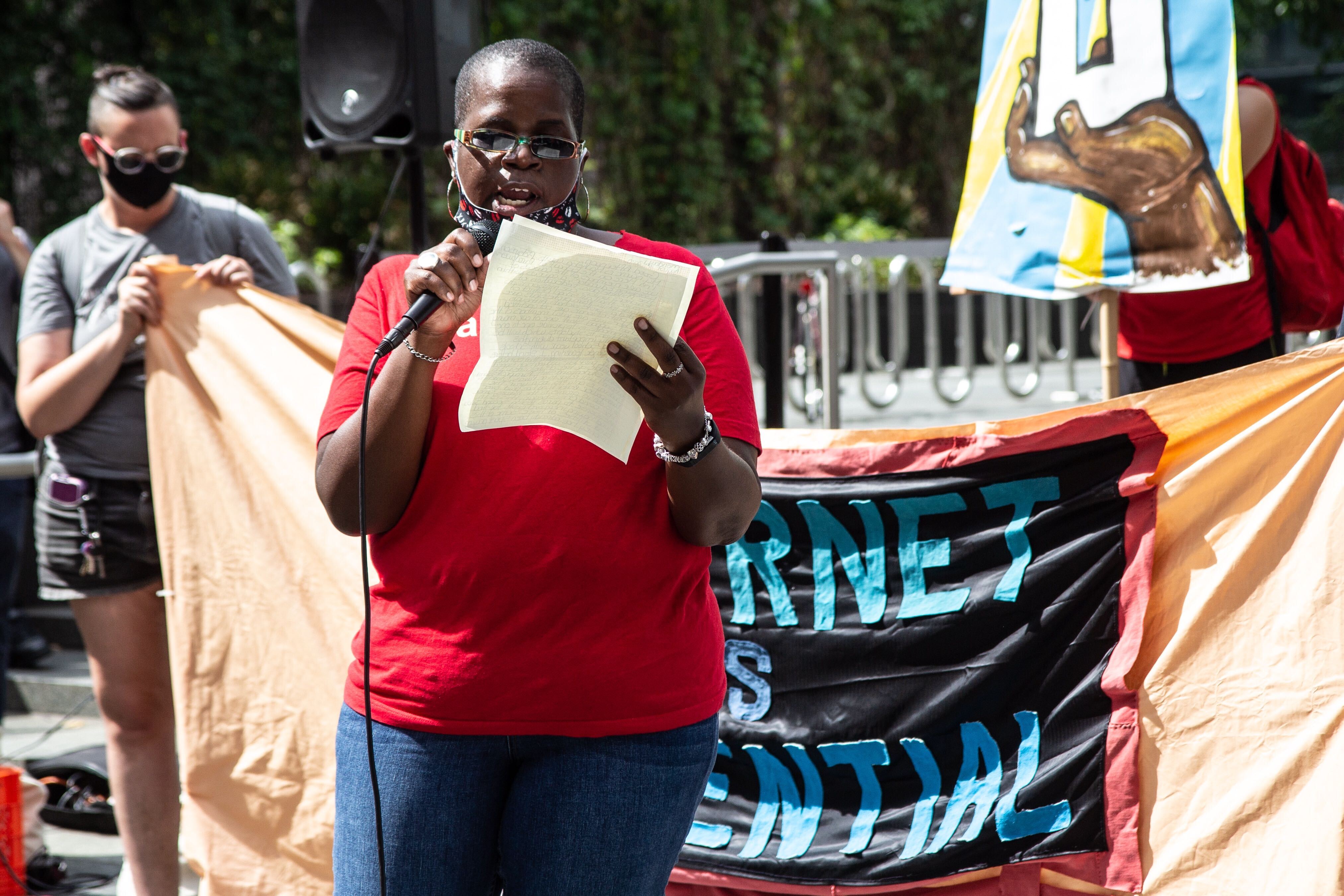 Superintendent William Hite said the District was working with internet providers to remedy the situation, and vowed recently that all students would have internet access when the fall term begins. Last school year, the district brought 2,500 mobile hotspots, but that did not cover all students who needed internet.

“We’re going to solve that problem,” Hite said last week. “All of our children who need internet access will have it.”

Although Comcast isn’t the only provider capable of extending coverage to students in need, the hometown company has borne most of the public criticism. Comcast has taken several steps since the pandemic began to expand internet coverage. Its public Wi-Fi hotspots — previously available only to Comcast internet subscribers — are now free and have seen dramatic usage spikes, according to the company.

The company’s reduced-cost internet program for low-income users — known as Internet Essentials — is now free for the first 60 days. Company’s CEO Brian Roberts and his wife donated $5 million to help the district purchase laptops for students who didn’t have computers at home.

Advocates want the company — and other internet providers — to go further during this unprecedented disruption to public education.

Amid chants of “Internet is essential” and “Comcast has a tower, but the people have the power,” over one hundred organizers stood in the shadow of Comcast’s 58-story headquarters in Center City to lay out their demands.

They want Comcast to turn the routers in customer’s homes into hotspots for all. The company has repeatedly said that residential routers cannot handle the extra traffic this move would create, though several U.S. senators have questioned Comcast’s logic.

Advocates also called on Comcast to provide free Internet Essentials access to low-income Philadelphia families for the duration of virtual schooling and for the two months following students’ return to physical classrooms. Right now, Comcast is offering 60 days of free service, a deal good through the end of the calendar year.

Lily Citron, who teaches middle school in West Philadelphia, says that when schools closed in mid-March, about half of her students had unreliable internet connections or no way to access broadband at all.

One of her students, she said, would go to a laundromat each day to complete schoolwork.

“A lot of my students … are being punished for circumstances out of their control,” said Citron. “It’s not ok.”