By Andrew Prentice and Levi Parsons For Daily Mail Australia

A school in Sydney’s inner-west has cooked up an election day menu for the ages on Saturday, poking fun at a number of Australian politicians.

Be it One Nation identity Pauline Hanson, former Prime Minister Tony Abbott or Labor leader Anthony Albanese, the P&C group from Camdenville Public School in Newtown cracked jokes about politicians from all walks of life in their sausage sizzle menu.

On the menu for voters were items such as was ‘The Albacheesy’ ($5) which consisted of a haloumi and egg roll, a classic sausage and egg combo dubbed ‘The Josh Fried’n’burg – also for $5 – and the Democracy Sausage, a simple offering of sausage and onions for $4.

Those who only had silver coins in their pocket didn’t miss out, with ‘The Pauline’ – a plain white roll – available for 75 cents.

Those on the school grounds were also given the option of buying raffle tickets for $2, or to contribute $100,000 towards a toilet block upgrade. 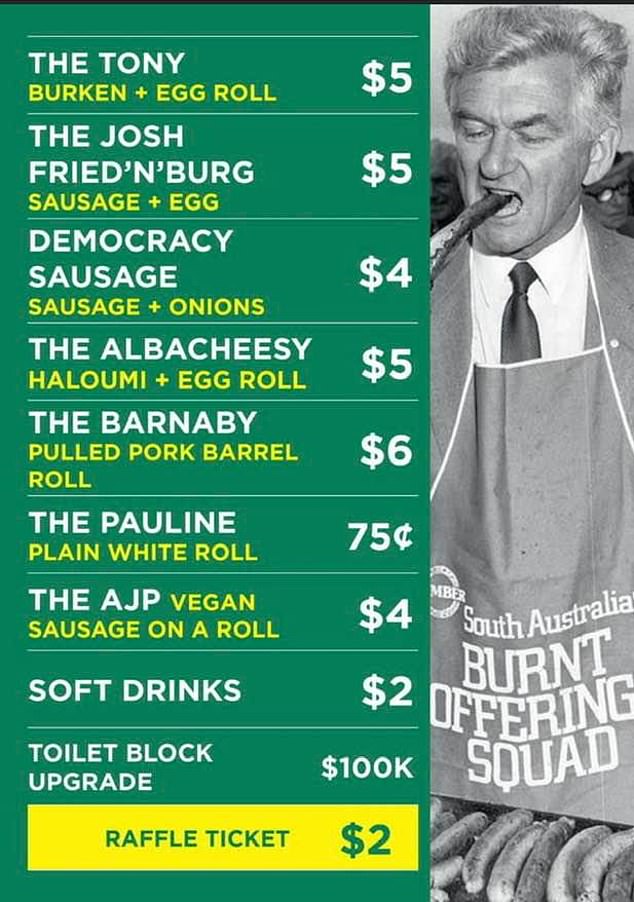 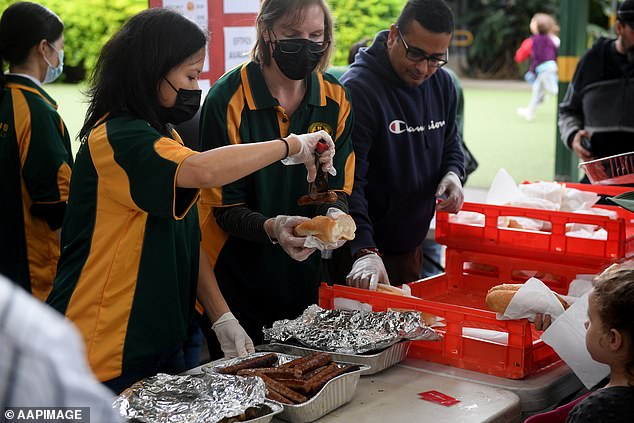 Another standout item was the No-Vax Djokovic cupcakes,’ which featured a syringe filled with injectable chocolate sauce.

The sugar laden treat was a playful ‘tribute’ to the Serbian tennis superstar, who infamously refused to confirm his vaccination status.

Novak Djokovic was then sensationally sent home from the Australian Open in January by Immigration Minister Alex Hawke.

Meanwhile, Australians can expect to know the result of the election by 7:30pm tonight, according to ABC election guru Anthony Green.

The data-driven expect is famous for being first to call the winner as the votes roll in – and has been leading the public broadcaster election coverage for decades.

Newspoll data on the eve of the vote shows Labor with a commanding two-party preferred lead of 53-47 per cent, but Mr Green says you never can be sure.

‘I always say that by 7.30pm you will know the result or you’ll know you have to wait,’ he said. 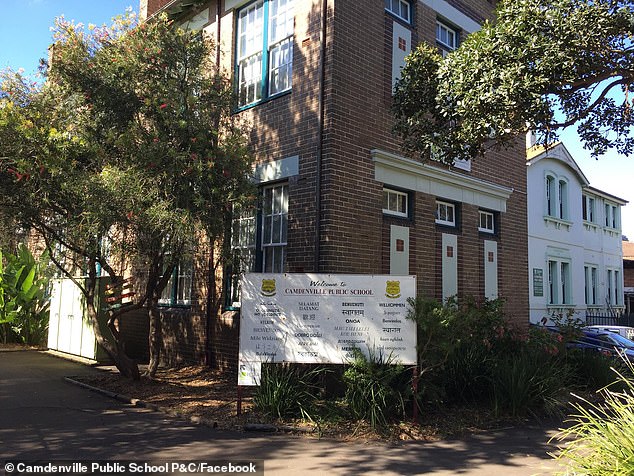 ‘We are watching NSW, QLD and Victoria at the same time…so we have 126 seats coming in at the same time and if it’s close we hang around for 8pm when WA comes in,’ he told the ABC.

The election expert said he views the big night similar to covering a footy match.

‘The campaign’s over; you’re just trying to find out who won,’ Mr Green said.

‘The cheapest way to do an election coverage is just to set up something that looks like the Footy Show and get everyone to disagree.

‘It’s very entertaining if you want to have people shouting at each other. But sometimes people just want to know the result.’