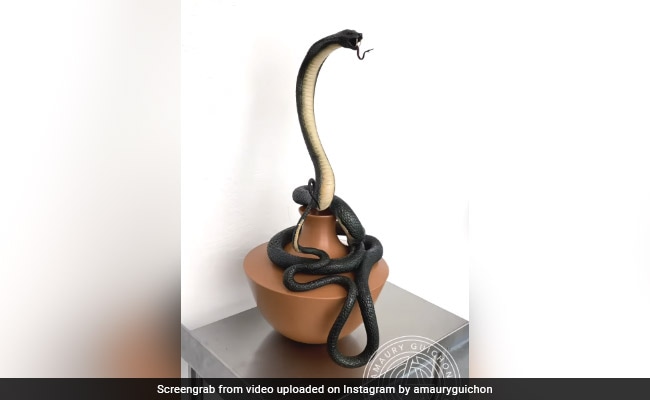 The King Cobra made of chocolate.

A video of King Cobra made of chocolate is going viral on social media. The video is shared on Instagram by a well-known Swiss-French chef Amaury Guichon. He is a chef known for his pastry designs and chocolate masterpieces.

The video shows him preparing the King Cobra chocolate masterpiece. He said in the caption of the video: “Chocolate King Cobra! The scales alone on this one took me 8 hours.”

The video has received more than 4.5 lakh likes and numerous views. Users have also flooded the post with comments.

“It reminds me of Kobe,” one user commented.

“You are so goddamn talented and you get to play with my favourite food all day. You live a blessed life,” commented a second user.

Joseph Fry, who discovered that putting melted cocoa butter back into Dutch cocoa could form a moldable chocolate paste in 1847, is credited with inventing the first modern chocolate bar. In 1868, a little company called Cadbury began selling chocolate candy boxes in England.