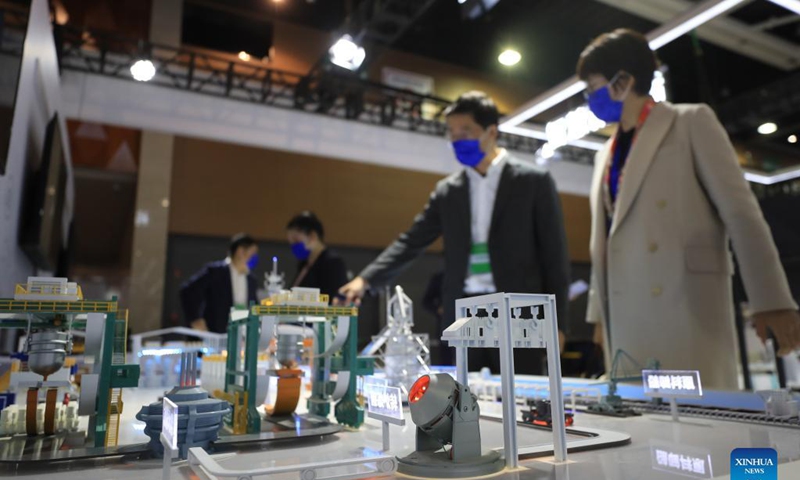 China has been making remarkable progress in expanding the application scenarios of the 5G+industrial internet sector, which has become an important driving force to empower the digitalization, networking and intelligent transformation and upgrading of domestic industries, according to an industry report released on Sunday at the 2021 China 5G+ Industrial Internet Conference.

The Ministry of Industry and Information Technology (MIIT) also announced the second batch of ten application scenarios, ranging from logistics monitoring to production traceability, and five targeted industries for promoting the 5G+ industrial internet sector at the conference on Saturday, which was held in Wuhan, Central China’s Hubei Province from Friday to Sunday, according to a post from the MIIT’s official WeChat account.

The development of the 5G+industrial internet sector in China is still at an early stage, as the industrial integration will require a large amount of work and testing related to multiple aspects, since 5G technology has been commercialized for only two years, Xiang Ligang, director-general of the Beijing-based Information Consumption Alliance, told the Global Times on Sunday.

Xiang noted that several key industries such as ports have adopted 5G+ industrial internet processes over the past two years to transform and upgrade their industrial structure. This has increased the production efficiency and leveled up the degree of automation of industrial operations while reducing the cost.

The development of the 5G+ industrial internet sector will enter a fast development phase with more industries soon picking up the pace.

This move eliminated 93 operators and reduced carbon emissions by over 90 percent after the port’s renovation, Guangdong-based news website Southcn.com reported

Chinese Vice Premier Liu He noted in a written speech delivered to the conference on Saturday that industries should fully take advantage of the country’s rich 5G application scenarios and first-mover advantage in 5G network layout, in a bid to tackle the shortcomings of the industrial internet, while bravely exploring disruptive technology paths and creatively solving industrial challenges, the Xinhua News Agency reported.

Liu also emphasized the necessity of strengthening the management of data as it is becoming a significant production factor, and he urged relevant local authorities and different industries to establish innovative mechanisms and platforms to properly manage and supervise the use and allocation of data, while enhancing support for enterprises’ innovation.