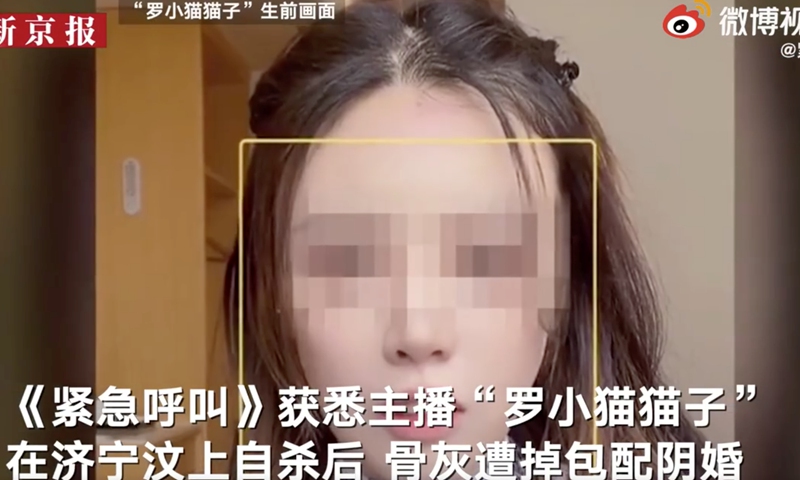 The ashes of a Chinese internet celebrity from Central China’s Hunan Province, who committed suicide during a livestream, were stolen for a ghost marriage.

A ghost marriage is a folk custom in some regions in China, in which people arrange a marriage for the dead because they believe that there is an afterlife and dead people also need to get married to maintain the prosperity of their offspring. For this reason, the body remains and ashes of young women have illegally become commodities for ghost marriages in these regions.

The internet celebrity named Luoxiaomaomaozi, who claimed to suffer from depression, committed suicide in Wenshang county in Jining city, East China’s Shandong Province, by drinking pesticide during a livestream after netizens encouraged her.

Despite of her misfortune, her ashes were stolen by a worker surnamed Shao from the funeral home where her body was cremated. He conspired with local funeral service practitioners surnamed Zhang and Lei who looked for a buyer of the ashes for a ghost marriage and also transported the remains.

However, the deal failed as the buyer finally did not take the ashes.

Currently, the three offenders are under criminal detention by the local police.

In response to the incident, an official from the Department of Civil Affairs of Shandong Province told media that all the funeral homes in the province will be inspected.