In a bizarre incident that happened in San Diego, money fell out of an armoured truck on a freeway. A video of commuters rushing to collect the loose cash strewn all over the road has gone viral online. The clip, posted by Instagram influencer Demi Bagby, showed people scrambling to scoop in the cash.

In the now-viral video, people stopped to collect the cash from the freeway. One of them can be seen throwing the money around like confetti. “This is the most insane thing I have ever seen,” Demi said in the video. She panned her camera towards the scene where people could be seen grabbing the money. “Literally everybody stopped on the freeway to get money off the freeway. This is insane,” she added.

According to the San Diego Union Tribune, there were primarily 1 and 20 dollar bills lying around on the road. The truck had been headed from San Diego to an office of the Federal Deposit Insurance Corp., commonly known as the FDIC, informed California Highway Patrol (CHP) officer Sergeant Curtis Martin.

“One of the doors popped open and bags of cash fell out. One of the bags broke apart, and there was cash all over the lanes,” he added.

Crazy, right? Well, the video triggered multiple responses from netizens and they flocked to the comments box. Some people even warned Demi about the repercussions of the video.

Another user commented, “The money is considered stolen and believe they will catch many who take it and it will be considered a federal offense. It’s not worth taking and this post will be used as evidence etc.” 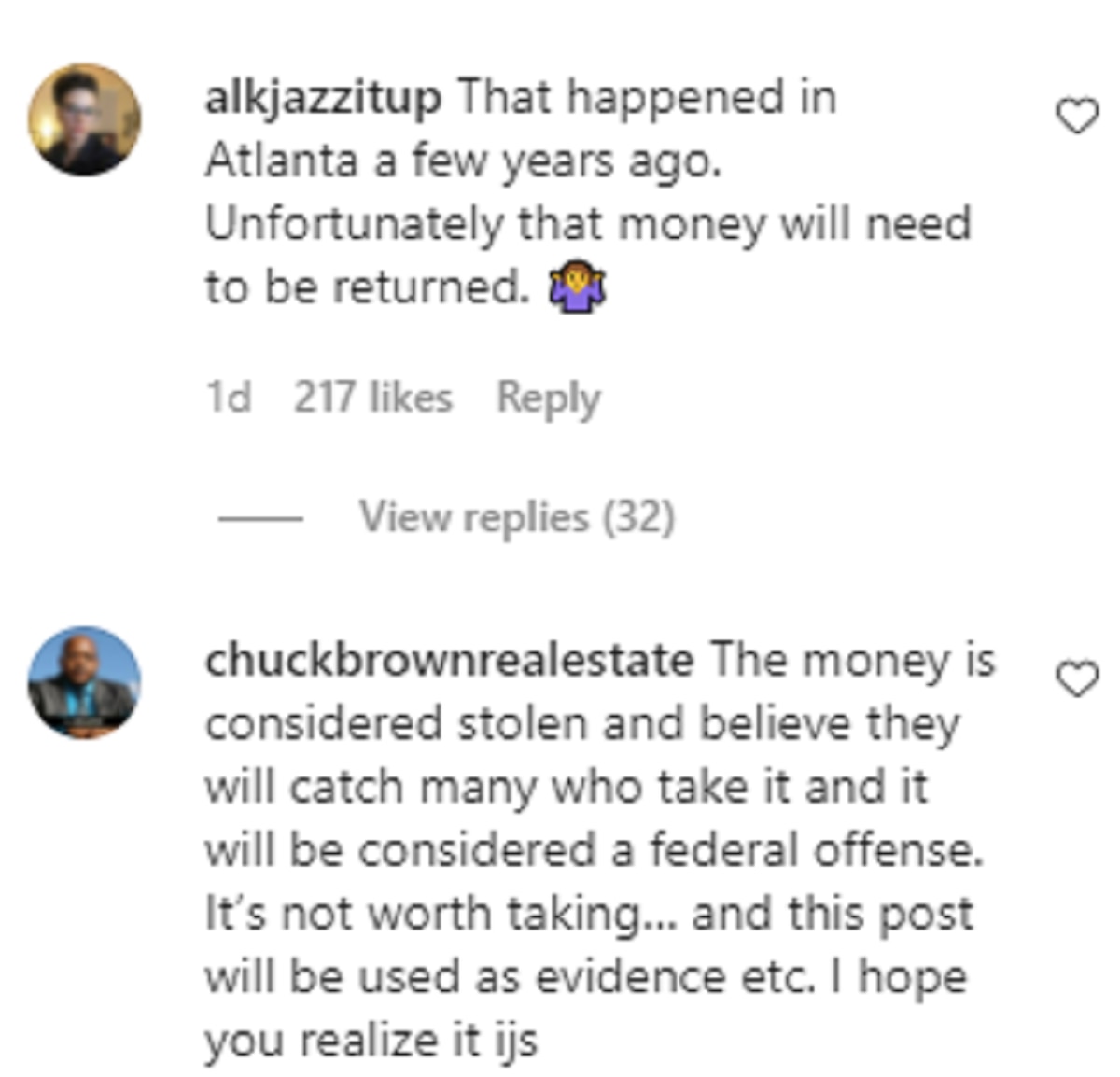 CHP officer Jim Bettencourt informed that a warning had been released asking the people to return the money otherwise they could face charges. “If you stop to pick up money, as many people as videoed the scene, you can possibly be facing charges,” Bettencourt said.

Curtis also said that the CHP was working with the FBI to investigate and recover as much money as possible. According to the San Diego Union Tribune, two people were arrested as well.

What do you think?