A cautionary tale for anyone thinking of coming at Drake.

The Toronto rapper recently got revenge on an internet troll in a very personal way — by sliding into his wife’s DMs.

Here’s the breakdown of what happened. Drake commented on an Instagram post in defence of Tee Morant, who was being criticized for reaching “levels of annoyance” when it comes to showing support for his son, NBA star Ja Morant.

“Imagine your son makes the league and he’s Ja Or Melo (Ball) or Lonzo (Ball) all you can do is be elated and competitive and over supportive and it’s a right of passage to that the OG’s talk s*** 😂😂😂😂,” Drake wrote on Tuesday.”I know I’mma be this way even if my son is in a rubix cube competition 😎.” 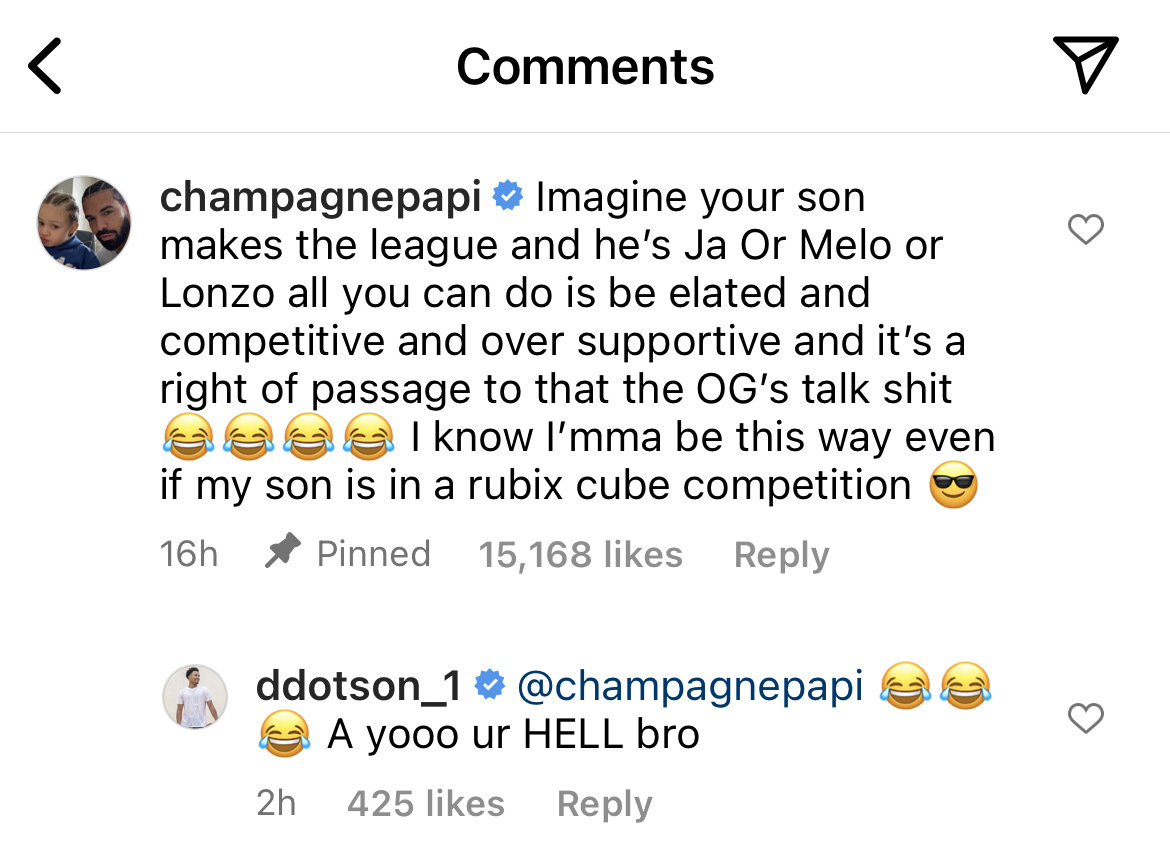 Ceddy Bowden, who goes by the Instagram handle @ceddybo_ybagnm, then attempted to roast the Toronto rapper by replying “ya son prolly play with ghost writers.”

He’s referencing the rumour that Drake doesn’t write his own songs.

The Toronto rapper, who’s notorious for being petty, responded with an answer that would make any significant other sweat.

“I just followed your girl cause she’s prob miserable and needs some excitement in her life.” 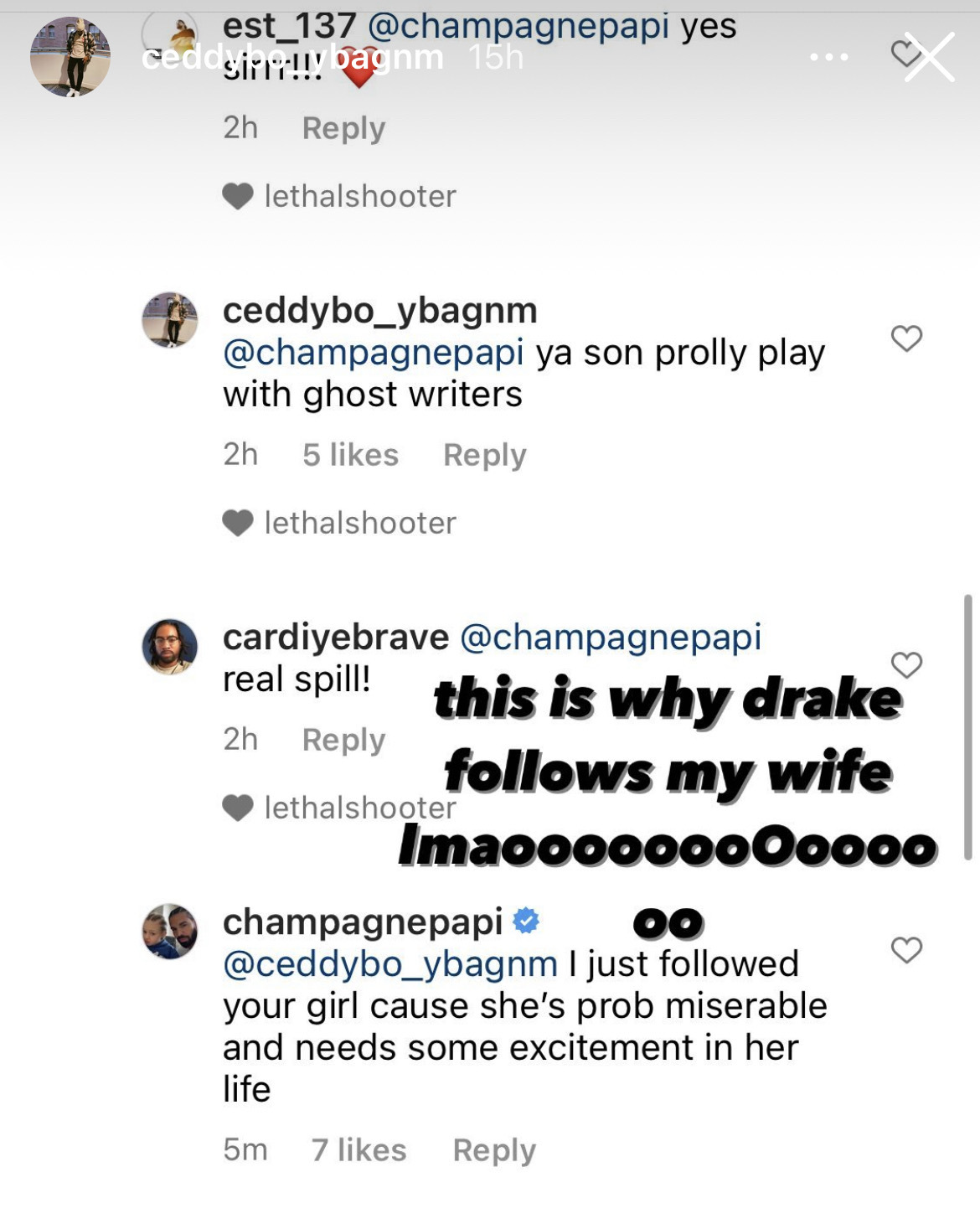 Unfortunately for this internet troll, Drake made good on his promise. 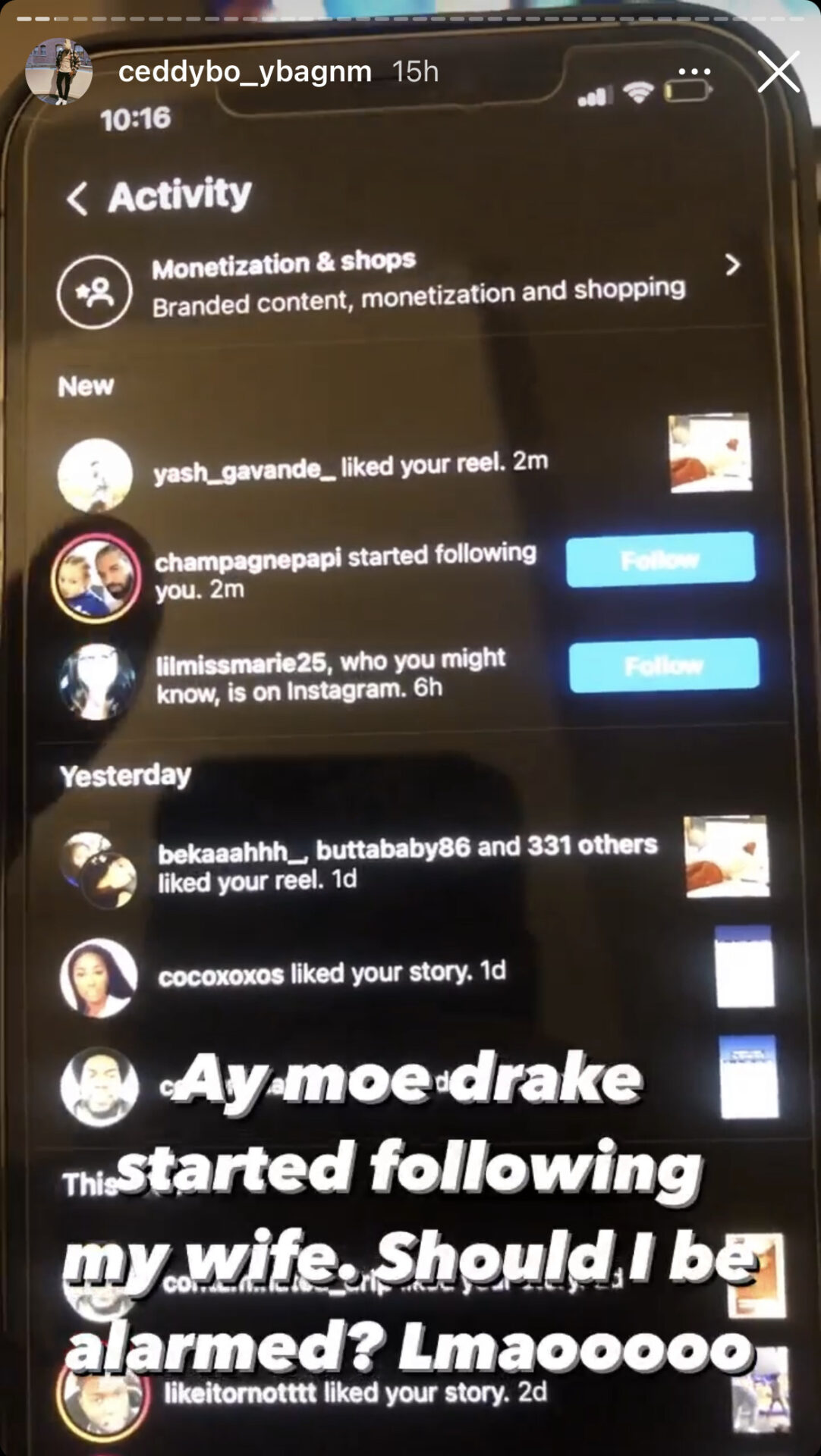 Shortly after, he showed a message Drake sent to Toni. “I’m here for u ma,” the message reads. 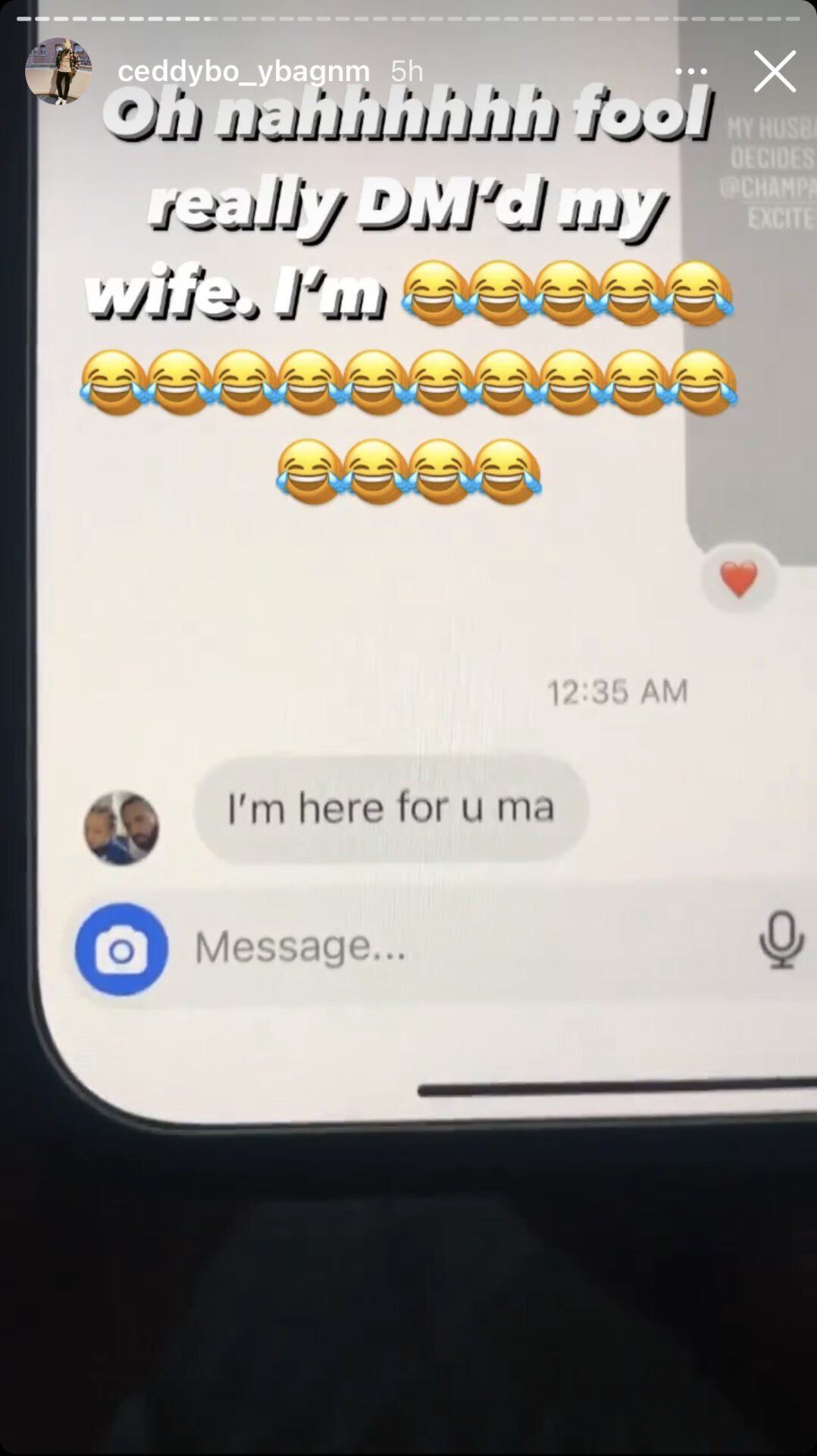 Both Ceddy and Toni have been good sports, choosing to laugh at the situation.

“Lmaoooooooo my trolling has really reached an all time high,” Ceddy shared in his Instagram stories.

Toni even made a Twitter account after she realized the incident went viral but realized the space is not as friendly as she thought it would be.

I think Imma have to delete that tweet now cause damn y’all are coming fast at me 🙁.