When EU Commission Vice-President Margrethe Vestager presented a package of new digital rules for the bloc in late 2020, she compared it to the introduction of traffic lights that first brought order to American streets in the 20th century.

It was early Saturday morning when Vestager sent out a video message on Twitter, presenting that set of digital traffic lights for the 21st century.

After long hours of talks, negotiators of the EU Council, which represents the bloc’s 27 members, and the European Parliament struck a deal on brand new legislation, the Digital Services Act (DSA).

The DSA is supposed to put into practice what Vestager has stressed repeatedly: What’s illegal offline, should be illegal online too.

In her video message, the Danish EU Commissioner said that this was not just a slogan any longer. “Democracy is back, helping us to get our rights and to feel safe when we are online,” she added.

Hate speech, fake news, terror propaganda and the selling of counterfeit products are only a few examples of why the internet is often perceived as a “digital Wild West,” as Vestager’s colleague, Thierry Breton, the Commissioner responsible for the bloc’s internal market, once called it.

With the DSA, the EU now aims to put more pressure on tech companies like Facebook, Google and Amazon to take down illegal content by threatening them with tough new rules.

Users will now be given the opportunity to flag illegal and harmful content. Once the DSA enters into force, probably by early 2024, tech platforms will be obliged to delete illegal content, like hate speech, faster.

Critics have complained that the EU has not set clear time limits for deletion. But Scott Marcus, a digital policy researcher and senior fellow at Bruegel, a Brussels-based think tank, told DW it was understandable that the legislators did not come up with a precise number of hours.

“An overly stringent rule might cause problems,” he said, especially in early days when there could be a large number of requests. Digital activists have previously expressed concern that obliging platforms to take down illegal content in a short amount of time could threaten free speech. 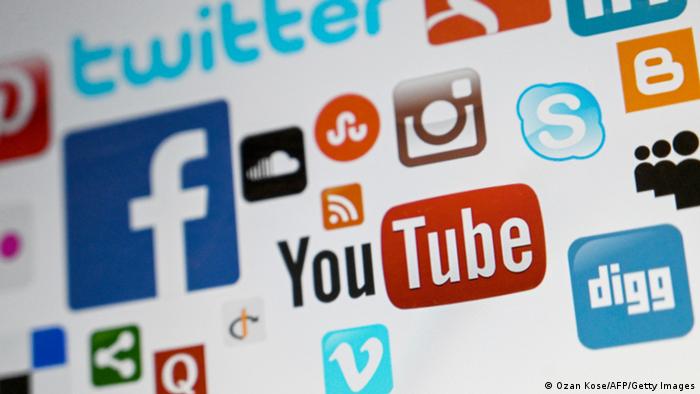 Times will get tougher for tech giants in the European Union

Online marketplaces such as Amazon will have to make sure fewer counterfeit products are sold on their platforms by improving their own checks that information given by traders is correct and reliable.

Also, so-called “dark patterns” will be largely prohibited. These are online user interfaces that have been carefully constructed to persuade people into doing certain things. The DSA means platforms won’t be allowed to present one option more prominently than the other, for example, where saying yes to cookies — inbuilt software on the site that tracks user behaviour — is made much easier than refusing cookies.

With the DSA, the EU also prohibits personalized ads targeting minors and puts limits on advertisers’ use of sensitive personal data, such as sexual orientation or political or religious views.

While the EU’s DSA negotiators praised this part of the deal, a German MEP, Patrick Breyer from the Pirate Party, was more critical. He said it had been “watered down” as the rules will only apply to platforms like Facebook but not to news websites.

Lighting up the big black box

One major aspect of the DSA is that social networks and online platforms will have to make their use of algorithms more transparent. Social media networks like Facebook and Twitter use intelligent software, often called algorithms, to offer certain content to their users based on what the user has been doing on the site previously.

But the DSA says users should have more choice. So if, for example, a user is constantly watching cooking videos, they should have the right to select whether other culinary videos are automatically displayed to them, or not. Alexandra Geese, a Member of the European Parliament and Green party, called the DSA the start of the big tech revolution

But besides suggesting content based on one’s hobbies or interests, algorithms often also exacerbate negative behaviors. For instance, if a user watches extremist or violent content on YouTube, the algorithm may well suggest even more violent, extremist content. Algorithms are often seen as responsible for making fearful or hate-driven posts go viral.

Green MEP Alexandra Geese said that this part of the DSA was especially important. “We will fight back with clear rules against the principle of dividing our society,” she told DW.

Under the DSA, researchers and NGOs will also now get access to data that influences what users see in their feeds, something they have been asking about for years.

The Digital Services Act also lays out special rules for large platforms with more than 45 million users in the EU. This includes tech giants such as Amazon, Google, Facebook, Microsoft and Twitter.

These big companies will have stricter obligations when it comes to data access or offering transparency on their algorithms. If rules are breached, the EU Commission can impose fines of up to 6% of a company’s global turnover, or even ban a tech giant from operating in the EU if it repeatedly violates the new legislation.

Following Russia’s invasion of Ukraine and the disinformation campaigns that came with it, a crisis response mechanism was also added to the DSA. When a crisis such as a natural catastrophe, war or any threat to public security or health happens, the EU Commission will have the power to activate this tool. Although details remain comparatively vague, this means the bloc’s executive could ask large platforms to work with them during a crisis to basically avoid making the situation worse.

The DSA is part of a larger effort by the EU to regulate big tech in Europe. In March, the bloc struck a deal on the DSA’s sister legislation, the Digital Markets Act (DMA), which aims at limiting the market power of big tech companies such as Facebook, Google and Amazon.

Bruegel’s Marcus said the DSA will certainly put pressure on other countries to act too especially on the United States. While the US is already looking at stricter rules for the internet, the EU’s digital legislative package, the DSA and the DMA, make the bloc a global frontrunner.