By Dan Sales For Mailonline

Internet jokers coined the phrase as the libel case continued into its third day at the High Court.

The pun is particularly appropriate as the real-life Agatha Christie penned whodunnit mystery The Mousetrap, which is the world’s longest-running play.

And members of the public glued to coverage of the London court case relished the funny new name.

Consultant Jillian van Turnhout wrote: ‘Can’t help but be drawn into following Wagatha Christie and almost spluttered my coffee over my desk when I heard someone call it “The Scousetrap” coming to screens near you.’

A Twitter user called Laura Jayne tweeted: ‘I think “The Scousetrap” may actually be my favourite”.

Cieran Brennan thought ‘I think there’s a place for both. 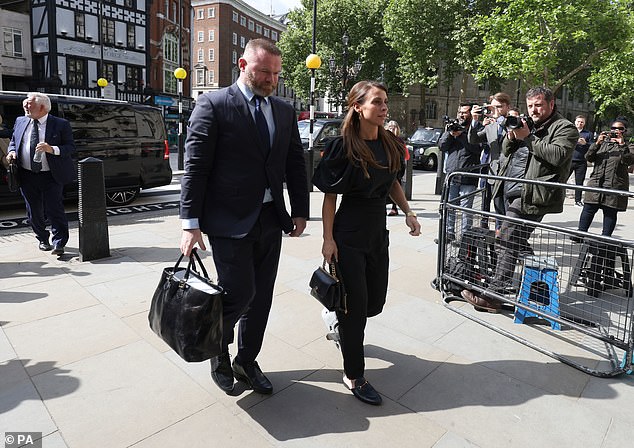 Coleen, dressed all in black and carrying a Chanel handbag, looked relaxed as she stepped out of a black cab with her husband Wayne behind in his signature navy suit with a leather handbag containing a bulging file 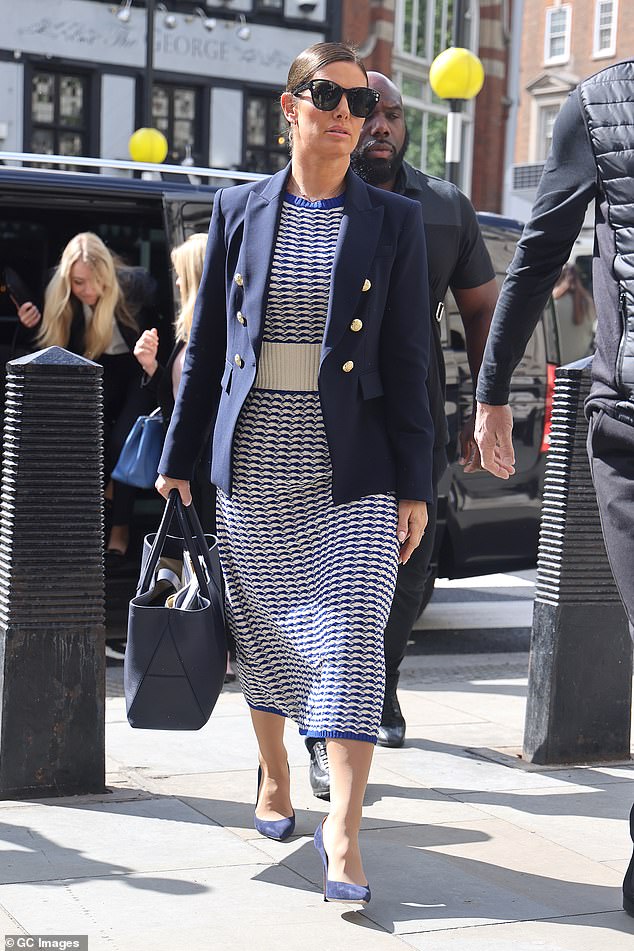 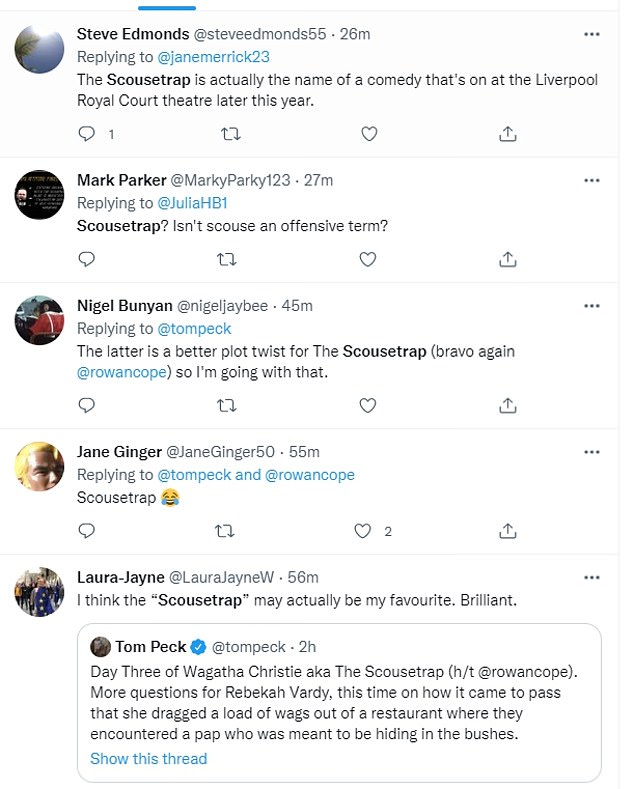 But Steve Edmonds revealed: ‘The Scousetrap is actually the name of a comedy that’s on at the Liverpool Royal Court theatre later this year.’

The third day of the libel trial today has had no shortage of drama.

This morning Vardy was dramatically accused of lying today after she blamed heavy drinking for failing to remember the details of a 2018 World Cup paparazzi photo she allegedly helped to set up.

She faced claims she conspired with her agent Caroline Watt to arrange for a photographer to wait outside a restaurant in St Petersburg where she and nine fellow WAGs were enjoying a meal.

She denied the allegation this morning. But when asked for details by barrister David Sherborne – acting for her rival Coleen Rooney – she said: ‘If I’m completely honest I had been drinking quite a bit.’ 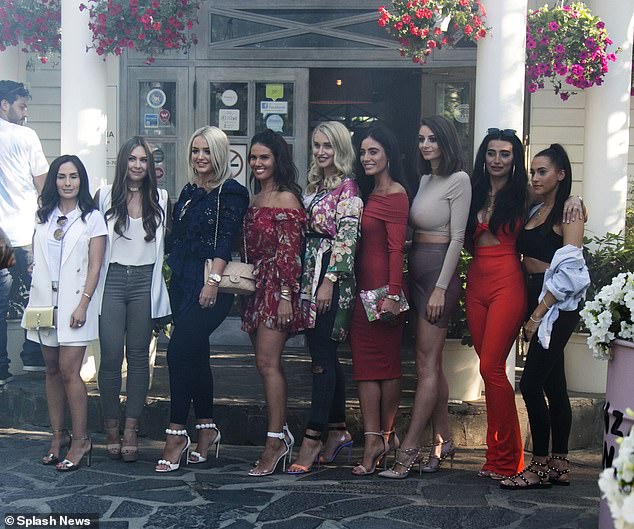 Mr Sherborne cuttingly replied: ‘I would hope you’re honest because you’re sitting in a witness box.’

He then added: ‘Mrs Vardy, this is the first time that you have suggested that your recollection of events has been affected by drinking – that’s a lie, isn’t it?’

The Wagatha Christie case centres around a 2019 social media post by Coleen, 36, in which she said she had planted fake stories on her private Instagram account and accused Rebekah of leaking them to The Sun.

Rebekah, 40, denied the claim, and launched a libel case when Coleen refused to take down the post.

Today, the High Court heard how Rebekah received a text from her agent, Ms Watt, announcing ‘it was me’ after Coleen first publicly claimed that someone had been leaking stories from her private Instagram.

Asked by Mr Sherborne why did not challenge her, Rebekah said it was because she had been ‘watching Dancing on Ice’ and was distracted by Gemma Collins’s infamous ‘face-plant’.

In another bizarre exchange, the barrister referred to Ms Watt’s claim that she had lost her phone after it had fallen off a boat into the North Sea.

He said it was now ‘lying at the bottom of sea in Davy Jones’ locker’,’ only for Rebekah to ask the court: ‘Who is Davy Jones?’