We must end the narrative that sharing data with companies is good, according to panelists.

Decentralized projects seek to displace the centralized environments of corporations.

Web 2.0, related to the so-called era of centralization driven by Facebook, Google, and other powerful corporations is a thing of the past. Now, the Internet evolves, it is Web 3.0, based on blockchains and where privacy becomes relevant. This is one of the main conclusions of the panel that analyzed the future of the Internet in the sixth edition of the virtual event European Blockchain Convention.

The talk “Web 3.0: How to Prepare for a Privacy-Driven Future”, moderated by Conor Svensson, from the startup Web3 Labs, brought together three panelists: Andra Georgescu, co-founder of the social network Distrikt; Jens Groth, director of research at the Dfinity foundation and Siddharth Singhal, director of the company Parity Technologies that develops the Polkadot blockchain.

During the discussion, the speakers referred to Web 3.0 as an online ecosystem based on decentralized networks or blockchains. It has to do with the evolution of the Internet and a new application development environment and platforms that do not belong to a central guardian, but rather are owned by users. They contribute to maintaining these services and enjoy the protection of your private data.

From the panellists’ perspective, Web 3.0 is not only creating more privacy-focused initiatives, but also emerging proposals that are generating changes with respect to the user experience. “Now they are more active participants because they can make decisions regarding the future of each project and choose how they want to be treated by each platform they use,” said Siddharth Singhal.

Users are the only value and net worth that have decentralized social networks. This is important because having power over products rather than your product having power over you is one of the more radical changes that are beginning to emerge. But there is also awareness and respect for communities and organizations. That is a very powerful tool that can help drive ecosystem growth in many ways. That is something that was not possible until now.

Singhal then exposed other attributes of Web 3.0, such as that it is verifiable because it is based on blockchains, and at the same time transfers the governance of the projects in which it interacts to users, often coordinated through tokens. He added that the Polkadot network – developed by Parity Technologies – is already used as layer zero on which applications and platforms are being built. Soon, he says, they will see communities grow that value the power that these decentralized proposals give them.. 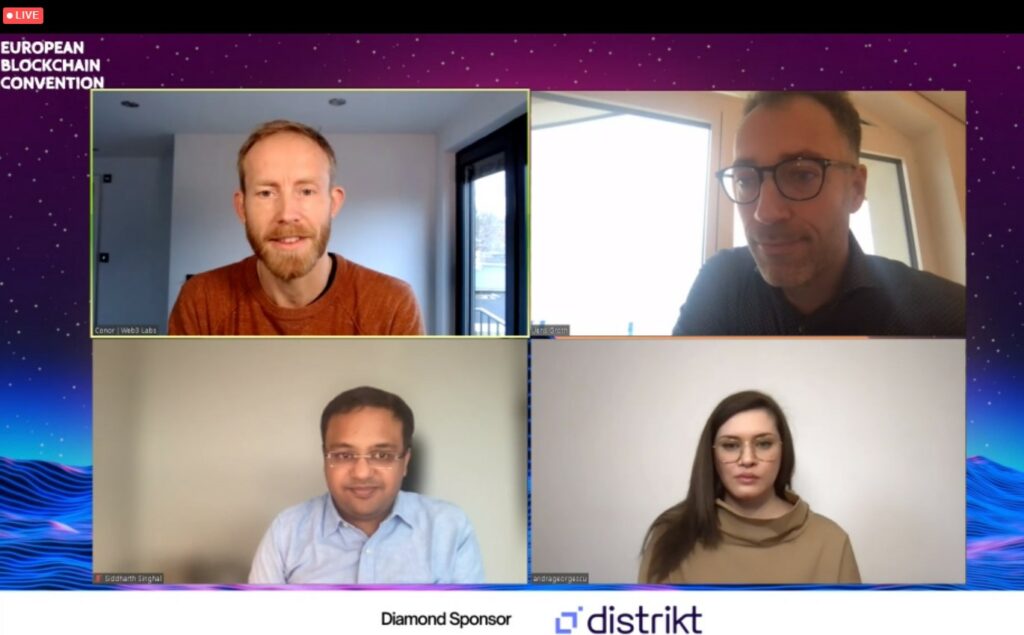 Web 3.0 is transparent and non-permissive, giving users the confidence that their private data is not being collected with hidden intentions, as the panelists said.

Andra Georgescu has no doubt that decentralized initiatives created to interact on the Internet will be increasingly valued by users. Its Distrikt project is a reflection of this, since in a short time it managed to gather a base of more than 19,000 users after its launch in September of this year.

Distrikt is a social network very different from the alternatives that are currently available because, while you use it, you can be sure that none of your private data is being collected because we do not ask to know anything about you when you register on the platform. You do not need to provide us with details about your gender or demographic data and we are not interested in your purchasing preferences, much less we are selling you anything, nor have we implemented any advertising objective.

Many of these decentralized applications base their economy on the sale of their own tokens. Others incentivize content creators with rewards, although there are also mixed-income models like Zion, which gets a commission for facilitating payments between users through Lightning, as reported by CryptoNews in August.

Developed on the Internet Computer blockchain, Distrikt is currently only available in a basic version in which only texts and photos can be shared, however, it will soon have more functionalities. “We envision a future in which people can enjoy all the benefits of social media platforms, without paying for them with their data and privacy,” Andra commented.

Distrikt will also have its own native token that will align incentives between participants and It will enhance the governance of the platform by granting users voting rights on the proposals made.

The executive referred to the profound damage that has remained in society with respect to the narrative promoted by large corporations such as Facebook or Google.

We have the myth of believing that we need to share all of our data to be better digital citizens, but we do not understand that when we deliver biometric access that will never leave our phones or devices again. Now to dispel that belief we must understand that we have the right to manage our data in the digital space. That this information belongs to us and that you cannot give it to anyone for the same reason that you do not open the door of your house to everyone. 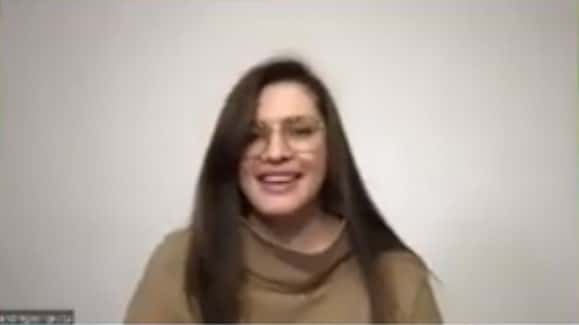 The new generation of social networks is based on blockchains

For his part, Jens Groth, highlighted the benefits of developing social networks on blockchains. He, as director of research at Dfinity, also works with the blockchain Internet Computer, which is the main project of this foundation.

Groth revealed his version of what the future will be like with Web 3.0 as the protagonist of the growing and expanding ecosystem. He sees it as an institutional environment that can be trusted to offer privacy and confidentiality, while interacting with the benefits of multi-party computing.

I believe that we will soon see a huge explosion of artists and content creators giving new impetus to the adoption of cryptocurrencies from their own decentralized social networks. We will also see different projects being born between interoperable blockchains offering different functionalities. There will also be greater interest in public networks and in initiatives that offer greater privacy than closed environments such as Facebook.

Jens Groth believes that the next generation of social media will gain momentum as developers do not deploy applications that run on a single server or store information in a single database.

Therefore, the new social networks run on blockchains that support the data in many nodes, with this he referred to the dApps or decentralized applications, whose developers are encouraged and compete to offer better services to users. Something that favors the ecosystem from every point of view.