Home
Internet
I, Anonymous: Don’t Make Me Turn off the Internet – Slog 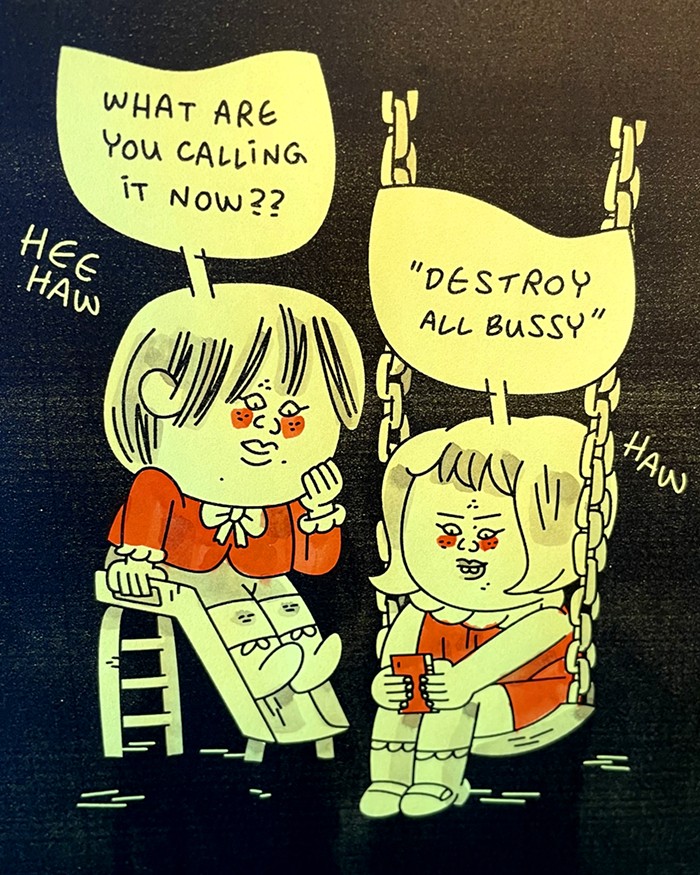 This is directed at everyone in my apartment building. I thought this was a regular apartment building when I first moved here but there’s something clearly weird going on here. I’ve tried not to be a prude about this, but it’s gotten to a point where I need to say something: I have never. Ever. EVER lived in a place with such FOUL Wi-Fi names. When I noticed that someone named their network “PUSSY PALACE” after I moved in, I thought twice. Maybe this person was just a rando instigator, I thought. But no. A few months later, someone renamed their Wi-Fi to “DESTROY THIS PUSSY.” DESTROY this pussy?! There are KIDS WHO LIVE HERE! (I don’t have any kids, but I’ve seen a kid around.) A “bussy” name also popped up, as in—sigh—”boy pussy.” It started as “Big Boi Bussy” then updated to “Bump My Bussy.” (Why?) But it’s not just p/bussy-related names. Others are just crude (such as: “I Can Hear You Pooping”), and some are sort of depressing (like: “I Hate It Here” or “This Rent Is Too Damn High”), but this ridiculous-WiFi-name thing is catching on and spreading throughout the building. When someone renamed their Wi-Fi “Putin’s Princess” a few days ago, I just lost it. Have you all read the news? Jesus. Think of the people in Ukraine. Grow up.

Do you need to get something off your chest? Submit an I, Anonymous and we’ll illustrate it! Send your unsigned rant, love letter, confession, or accusation to ianonymous@thestranger.com. Please remember to change the names of the innocent and guilty.