IPL is not just about cricket. It is about stories as well and not just the stories of cricketers, who work hard on the field but also stories of fans and those who make this sport much more beautiful. The fans, the supporters, the owners etc. Over the years, cameramen in IPL have spotted some magical moments off the field and we cannot thank them enough for their tireless jobs and still creating memories for the fans.

IPL is not just about cricket. It is about stories as well and not just the stories of cricketers, who work hard on the field but also stories of fans and those who make this sport much more beautiful. The fans, the supporters, the owners etc. Over the years, cameramen in IPL have spotted some magical moments off the field and we cannot thank them enough for their tireless jobs and still creating memories for the fans.

Here are some instances when cameramen spotted some non-cricketing stuff which got etched in memories of fans forever. 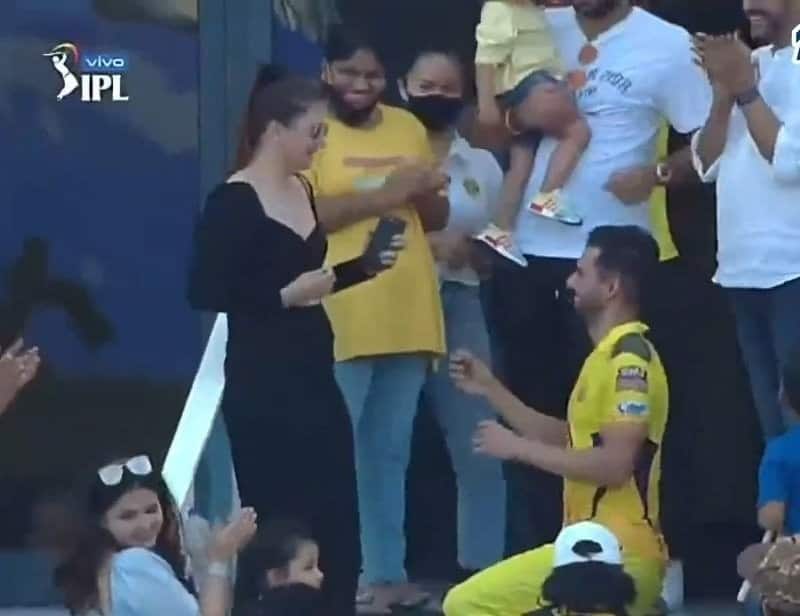 That was a big surprise and it was a lovely one too. Deepak Chahar after a match in IPL 2021, walked up to his girlfriend Jaya Bhardwaj and proposed her. The pictures and video became viral instantly as it was a sweet moment right after an intense IPL match. 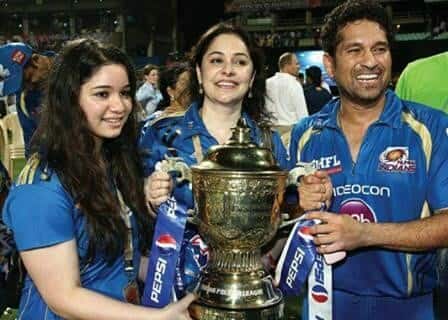 This photo is from IPL 2013 when MI won their first title and Sachin was still a part of the team. The whole Tendulkar household had come to attend the match and thanks to MI winning the title, fans witnessed Sara’s debut in stands as well. Sara is not a regular visitor to Wankhede during IPL as she is busy pursuing her modelling career and her fans will hope when Arjun begins representing MI, we may see her back in the stands. (Source: Twitter) 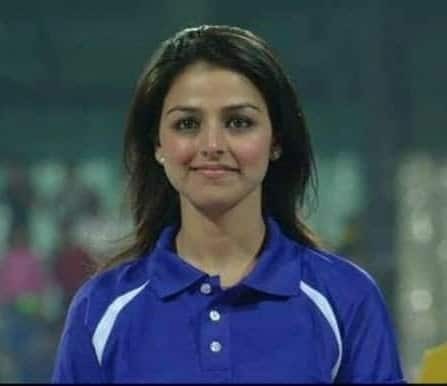 After the IPL 2015 ended with Mumbai clinching the title and CSK finishing as runners up, a girl was present at the post-match presentation ceremony and she instantly started trending on social media. Later, people learned that she was the daughter of Yes Bank’s founder Rana Kapoor and her names is Rakhee Kapoor Tandon. (Source: Twitter) 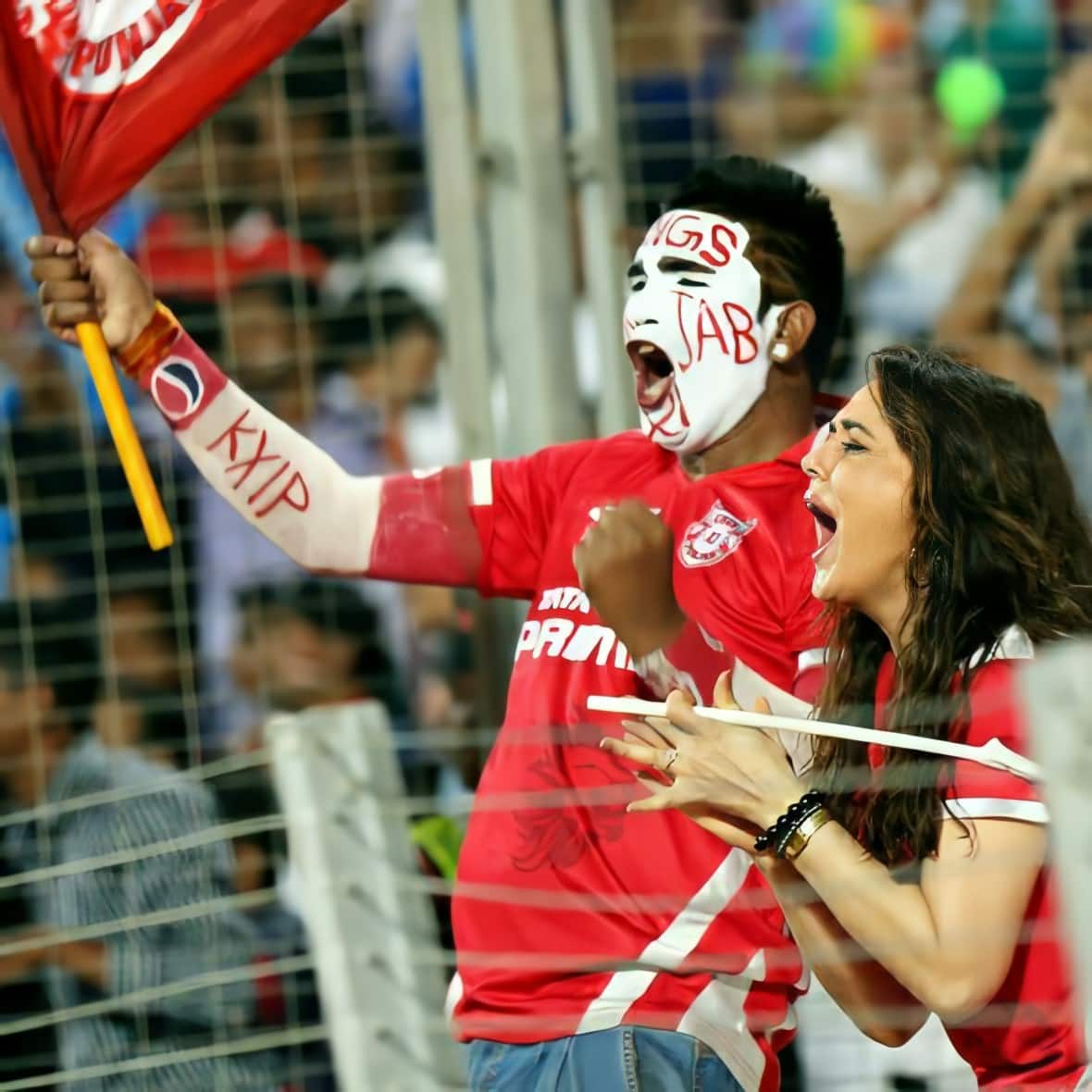 Punjab Kings may have not won a single trophy so far but they do have an amazing owner in form of Preity Zinta, who does not fail to show her emotions during a game. She is a bundle of emotions when the team plays, showing her anger one moment and then her laughter the next. She is missing in the current IPL season and the fans would surely want her back and so would the camerapersons. (Source: Twitter) 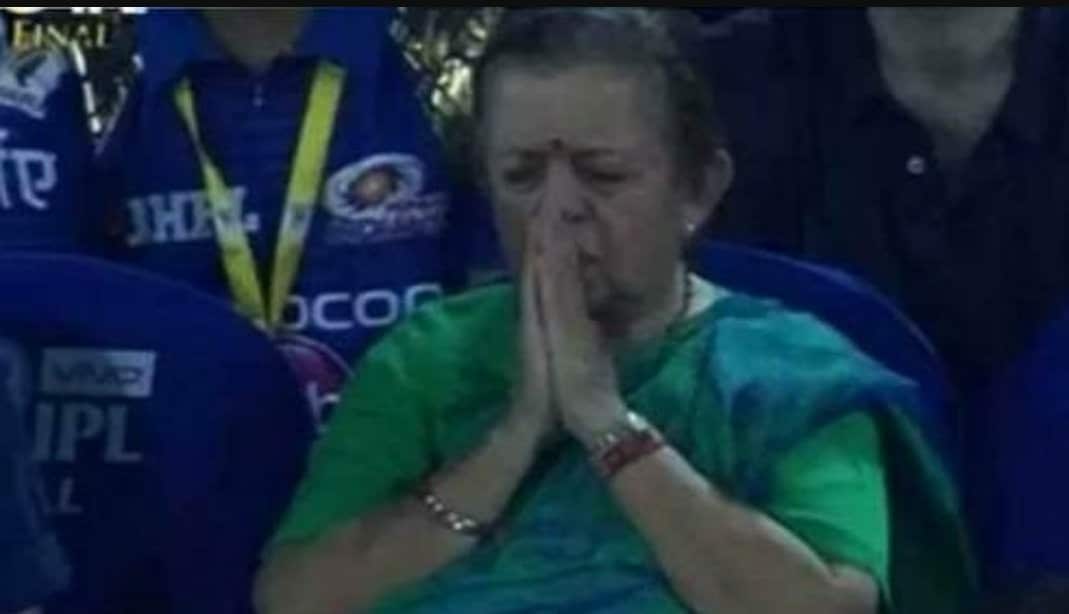 During the crunch moments of IPL 2017 Final between MI and Rising Pune Super Giants, the cameras spotted an aged woman praying in the stands. There was no distraction for her as she prayed with folded hands for MI’s win. She instantly became an internet sensation, moreso after MI won the match. MI fans said that team won because of her prayers. Later, everyone got to know that she was actually the mother of MI’s owner Nita Ambani. (Source: Twitter)

Malti, the Chahar cheering from the stands 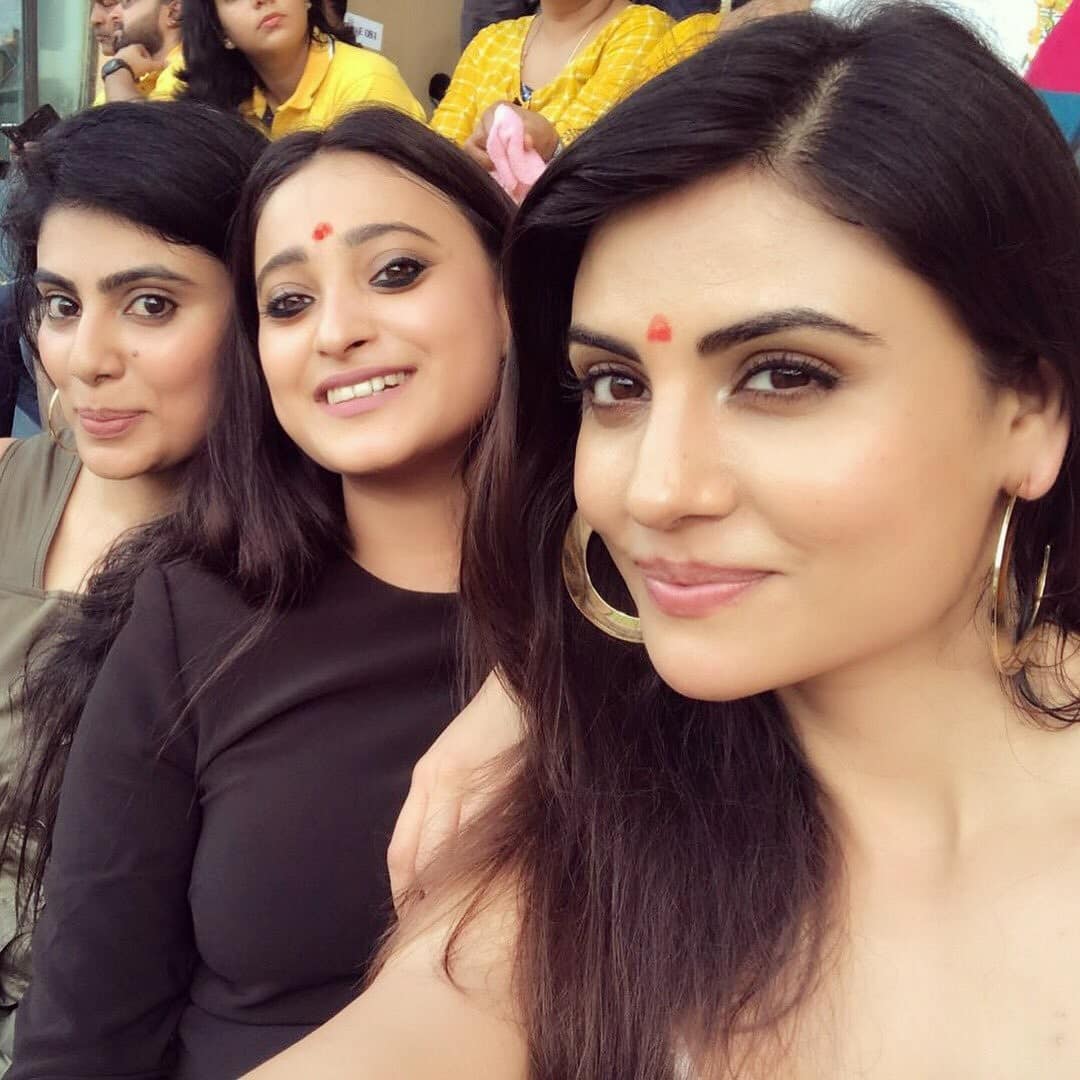 Deepak Chahar’s real sister Malti has become a celebrity merely by attending matches. In IPL 2018, the cameras spotted on a number of occasions as she went through many emotions. Since then whenever she is stands, a camera is fixed on her. (Source: Twitter) 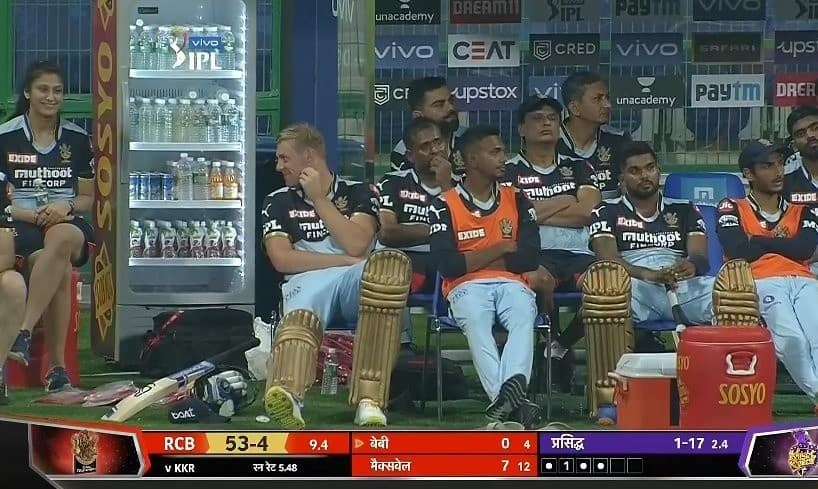 RCB were in a precarious situation and New Zealand’s Kyle Jamieson became a hot topic despite not being there on the field. He was smiling at the team therapist Navnita Gautam during IPL 2021 and the camera spotted him. This image instantly became viral. (Source: Twitter) 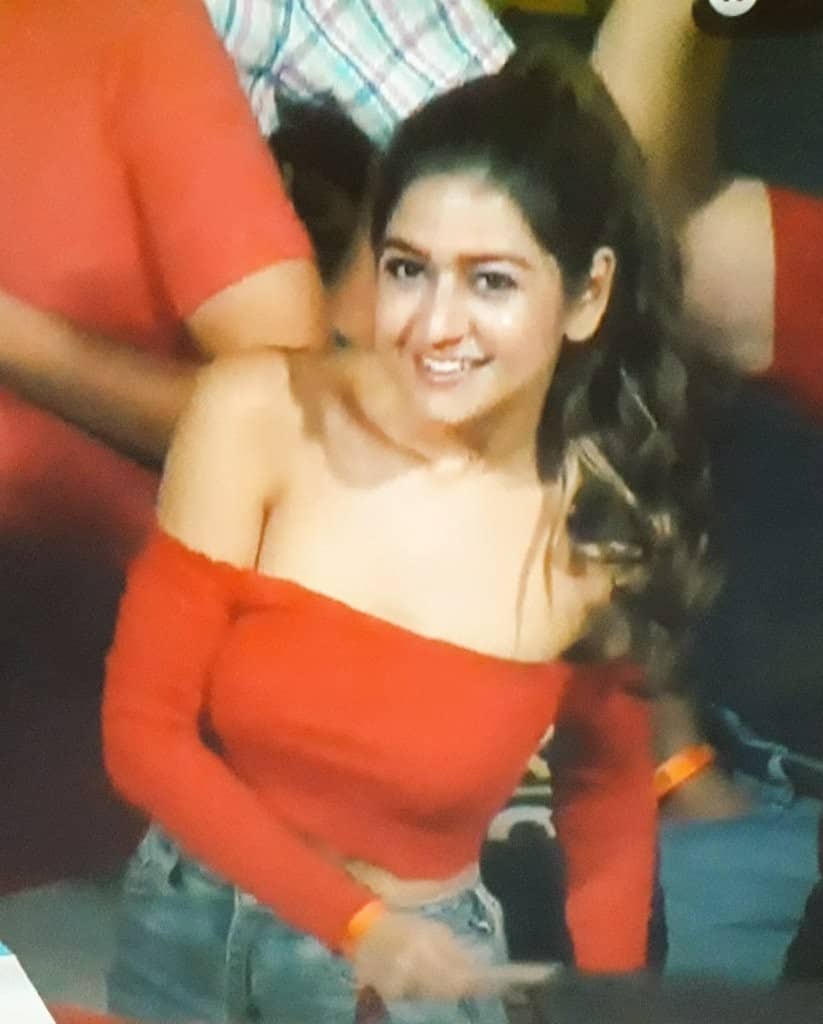 In IPL 2019, Deepika Ghose came to watch a game between RCB and SRH wearing a red dress. She did not know then that she will become an internet sensation soon as her followers rose from 5000 to 3 lakhs in matter of hour. She was shown on the screen many a times and eventually she became the most searched about woman on internet in an hour. (Source: Twitter)

When Gayatri Reddy became a celebrity 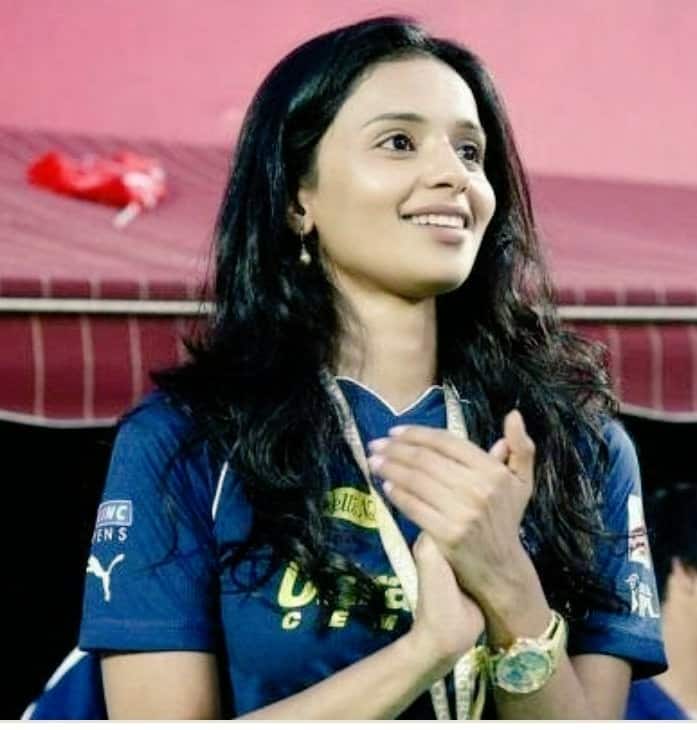 Gayatri Reddy is the daughter of T Venkattram Reddy who once was the owner of an IPL franchise Deccan Chargers. They were part of the tournament till IPL 2012. However, BCCI banned them for financial reasons. Whenever DC played, Gayatri used to be there and the cameras ensured the beautiful lady was on screen whenever DC picked a wicket or a batter hit a boundary. (Source: Twitter) 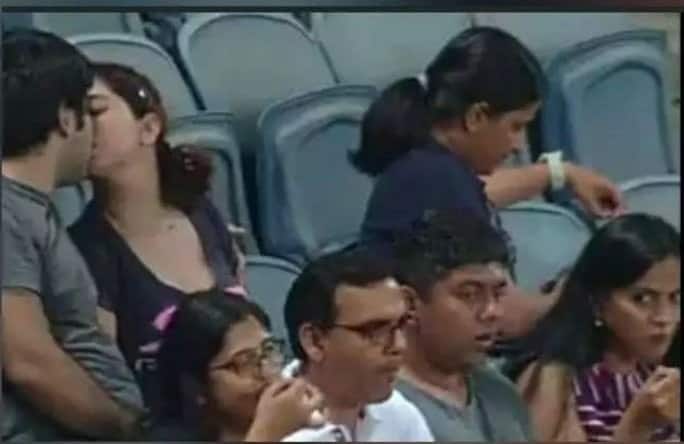 Recently during an IPL match between Delhi Capitals and Gujarat Titans, a couple was spotted kissing and the cameraman wasted no time and flashed their kiss on screen. (Source: Twitter)