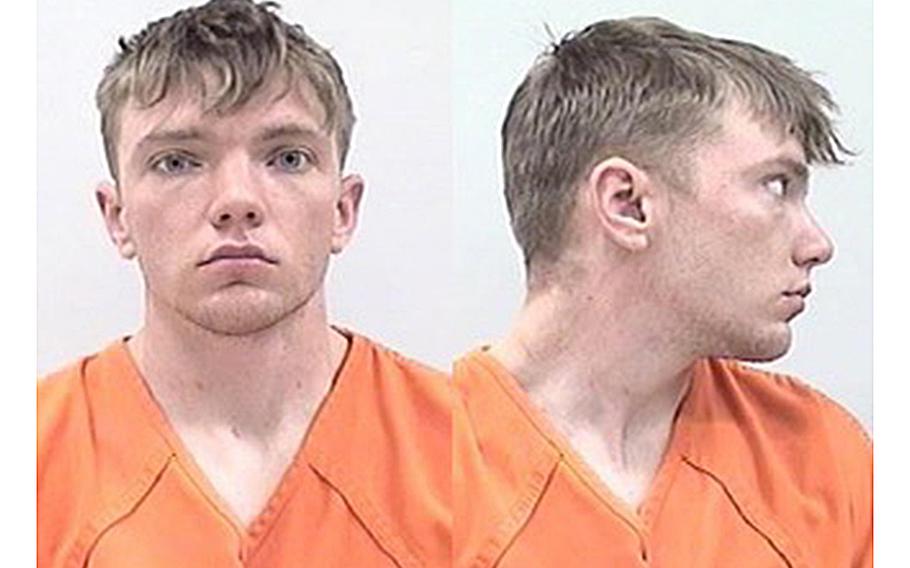 Jay Stump, a member of the U.S. Army, is seen in a police booking photo. (Colorado Springs Police Department/TNS)

The unit, composed of detectives with the Colorado Springs Police Department, the El Paso County Sheriff’s Office and agents with the Department of Homeland Security, arrested 25-year-old Jay Stump on Tuesday and 26-year-old Thomas Miller on Friday.

Stump, who officials said is an active duty army soldier, was arrested on suspicion of sexual exploitation of a child in the culmination of an investigation started in August of last year.

At that time, the internet crimes unit received information from the National Center for Missing and Exploited Children about the distribution of child sexual abuse material from cloud-based storage software, officials said.

The internet crimes unit alongside the U.S. Army Criminal Investigation Division located Stump and executed a warrant on Chapel Hills Drive for his arrest just before 3 p.m. Tuesday.

In the second incident announced, Miller was arrested Friday on suspicion of transmitting obscene material to a child by computer, a charge issued by the state of Alabama.

According to officials, a detective of the Rainbow City Police Department in Alabama posed as an underage female online and was allegedly contacted by Miller whom, officials say, shared sexually explicit material with the detective.

Visit The Gazette at www.gazette.com