Research and innovation in internet of things in the railway equipment supply, product and services sector has declined in the last year.

The most recent figures show that the number of IoT related patent applications in the industry stood at 23 in the three months ending February – down from 28 over the same period in 2021.

Figures for patent grants related to IoT followed a similar pattern to filings – shrinking from 19 in the three months ending February 2021 to 11 in the same period in 2022. 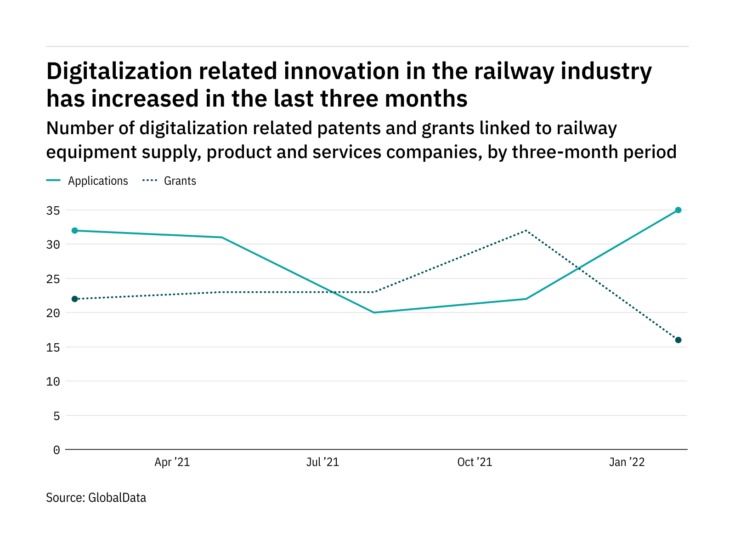 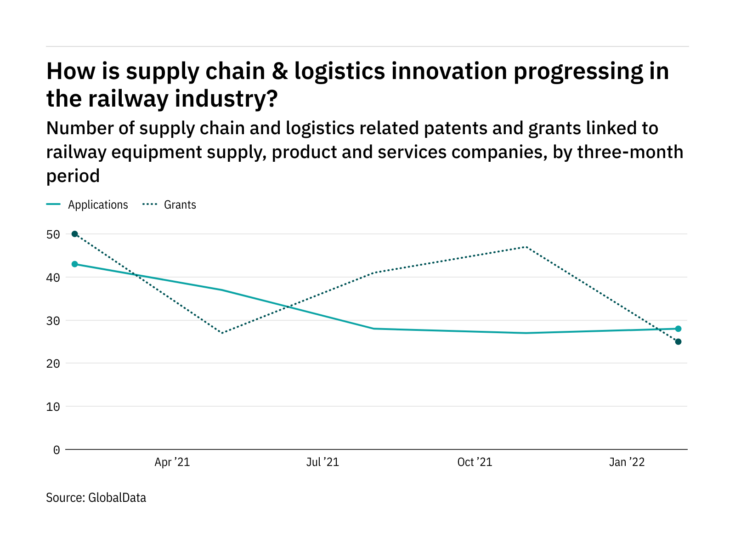 The figures are compiled by GlobalData, who track patent filings and grants from official offices around the world. Using textual analysis, as well as official patent classifications, these patents are grouped into key thematic areas, and linked to key companies across various industries.

IoT is one of the key areas tracked by GlobalData. It has been identified as being a key disruptive force facing companies in the coming years, and is one of the areas that companies investing resources in now are expected to reap rewards from.

The figures also provide an insight into the largest innovators in the sector.

Westinghouse Air Brake Technologies Corp was the top IoT innovator in the railway equipment supply, product and services sector in the latest quarter. The company, which has its headquarters in the United States, filed 18 IoT related patents in the three months ending February. That was up from 15 over the same period in 2021.

United Parcel Service Inc has recently ramped up R&D in IoT. It saw growth of 60% in related patent applications in the three months ending February compared to the same period in 2021 – the highest percentage growth out of all companies tracked with more than 10 quarterly patents in the railway equipment supply, product and services sector.