Several rumours have claimed that BTS’s V is dating Blackpink member Jennie. Blackpink’s agency YG Entertainment, however, has given a vague statement. 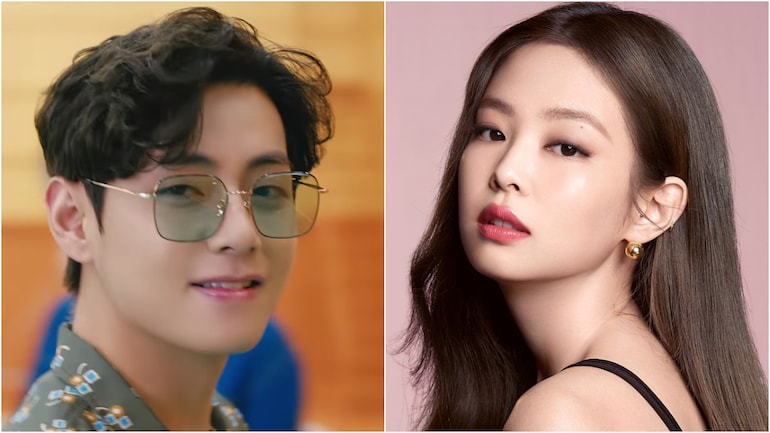 BTS member V and Blackpink’s Jennie are rumoured to be dating.

BTS member V and Blackpink member Jennie have been rumoured to be dating. The rumours caught fire again after reports suggested that the two were on a vacation recently at Jeju island in South Korea. Many on social media jumped to the conclusion that the two are on a romantic gateway. Reportedly, a picture of V driving a car with Jennie in the passenger seat has been going viral on the internet. Some of the fans were quick to point out that the picture was photoshopped, while some believed it to be true.

ARMYs claimed that the picture of V was a snapshot from his drive with J-hope from an episode of ‘BTS in the Soop’ last year. There are no reports of Jennie visiting Jeju Island. However, V was said to be in the same place a few days back. BigHit Music and Hybe have refrained from commenting on the matter. On the other hand, Blackpink’s agency YG Entertainment has issued a vague answer.

“We have nothing to say. We will inform you if we have a different response to share,” YG Entertainment’s statement read.

ARMYS AND BLINKS COME OUT IN SUPPORT

As the rumour started to spread, fans of both Blackpink and BTS have started to trend several hashtags, including LEAVE TAEHYUNG ALONE. BTS’s V has been a subject of rumours several times before. The popular singer has taken to social media to respond to certain rumours earlier, although, he has not reacted to this matter.

On the work front, while Blackpink is yet to announce a comeback, BTS is all set to drop their new album this June. BTS’s comeback album Proof releases on June 10, 2022.