Home
Internet
“Isn’t It A Dosa?”, Internet Reacts To Old Image Of Jupiter 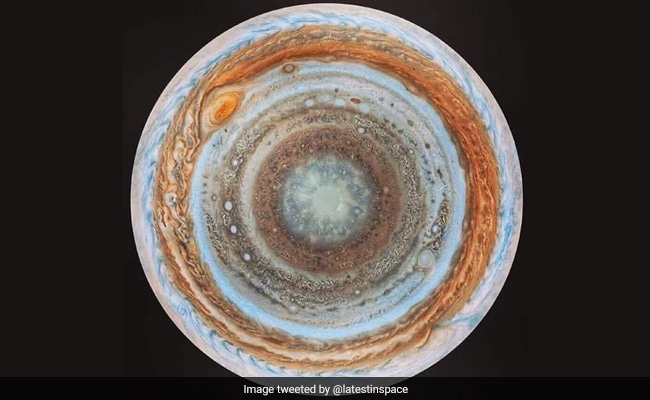 An old image released by a NASA spacecraft of Jupiter is going viral on the internet again. The image posted by account Latest in Space on Twitter shows Jupiter from the bottom. Captioning it “Looking up from the very bottom of Jupiter. Seen by NASA Cassini” has got nearly 20,000 likes and over 2,000 retweets.

Looking up from the very bottom of Jupiter ????. Seen by NASA Cassini pic.twitter.com/4ibmSXO20b

Twitter users were quick to point out that the image looked like that of a Dosa. User Jacobji01 wrote “Looks like a designer dosa” with another user @kalaise24 writing “This is how my mom makes Dosa”.

IFS officer Parveen Kaswan was also confused writing “Isn’t it a plain dosa?”. Many users even hilariously replied by sharing pictures of dosa’s being made.

The Cassini Spacecraft that took this picture, was mainly responsible for detailing the planet Saturn. One of the biggest discoveries that Cassini made was that it revealed Saturn’s moons to be unique worlds with their own distinct features.

NASA details that, Cassini was one of the most ambitious efforts ever mounted in planetary exploration. A joint endeavor of NASA, ESA (the European Space Agency), and the Italian space agency (ASI), Cassini was a sophisticated robotic spacecraft sent to study Saturn and its complex system of rings and moons in unprecedented detail.

According to NASA, Lessons learned during Cassini’s mission are being applied in planning NASA’s Europa Clipper mission, planned for launch in the 2020s. Europa Clipper will make dozens of flybys of Jupiter’s ocean moon to investigate its possible habitability, using an orbital tour design derived from the way Cassini explored Saturn.