YouTuber and makeup artist James Charles, who has been on the receiving end of criticism after his grooming scandal, was recently canceled after being seen at Coachella. The music festival, back this year after last year’s cancelation, is witnessing the return of many regulars, with Charles being one of them.

James Charles has been a constant presence at Coachella. But the surfacing of several allegations last year that involved Charles’ inappropriate behavior with minors and accusations of grooming tainted his reputation. This was followed by his YouTube channel’s, which begged the question of whether Charles would make an appearance this year at the festival. Looks like people have an answer and they don’t seem to like it.

James Charles’ outfit has gained quite the attention 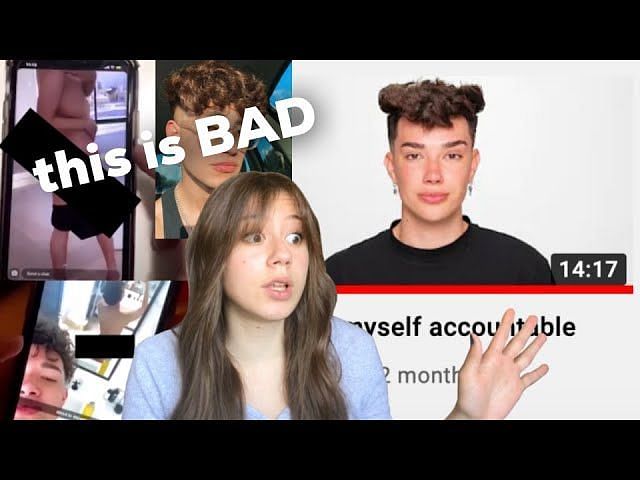 In Charles’ time attending the popular music festival, he has gained a reputation for his intriguing wardrobe choices. One cannot forget his cut-out white pants that flaunted his bare backside.

Returning to the festival after a year’s gap, which proved to be more damaging for him, Charles did not hold back on his unique sartorial choices and went for a cut-on-co-ord two-piece, colored dual hues of brown and green, with orange boundaries, appearing as flames of fire.

Not everybody was happy to see Charles at the festival, after the allegations made against him — extensive as they are. From former collaborator and friend Tati Westbrook, who accused Charles of using his fame and power to manipulate straight men in 2019 to underage boys speaking up against Charles, accusing him of grooming on TikTok in January last year to a former employee suing him for wrongful termination and unpaid overtime pay, Charles has been under public scrutiny for his actions. And that is reflected in people’s reactions. Let’s take a look at how some people reacted to James Charles’ Coachella appearance.

Some did not hide how upset they were with Charles coming to Coachella.

pls stop posting james charles’ coachella outfit on the timeline, it is increasing my depression !!!

pls stop posting james charles’ coachella outfit on the timeline, it is increasing my depression !!!

With Harry Styles headlining the festival with Billie Eilish, many were both concerned for Styles and also angered at the fact that Charles would get to see Styles perform.

now why has james charles gone dressed as kale for coachella

now why has james charles gone dressed as kale for coachella https://t.co/onuJjwFXx8

While people have been skeptical of Charles ever since the flurry of accusations last year, with YouTube demonetizing the makeup artist, brands like Morphe also distancing themselves from him, Charles is still in the business after making apologies. With his trademark unconventional wardrobe choices back again at the festival, it sure seems that Charles wants to put his past behind him.