The internet as we know it is all but dead — and thank the stars for that.

Because we need major changes.

At its inception, the current format for our internet, called Web 2.0, was an incredible leap from the original Web 1.0. 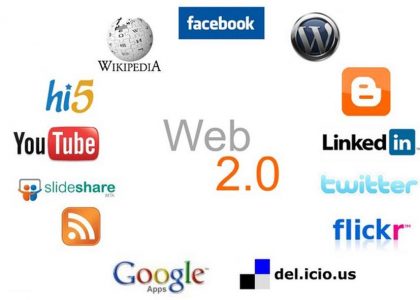 However, today this online landscape is much different. Instead of maintaining the open-source nature of the original internet, the creation of this new Web 2.0 in the 1990s by a handful of “gatekeepers” is actually starting to suppress the good ideas and hype up the bad ones. Companies like Google, Facebook, Amazon, Apple, and others of that ilk seized a golden opportunity as they made themselves the only available portals and platforms for folks to access and use the internet. Of course, this has led to huge profits, so there is little incentive for the status quo of Web 2.0 to try to change.

As a result, these companies have turned the modern internet into a wasteland of angry, uninformed opinions, news headlines that cater to the lowest common denomination of thought, echo chambers rather than open-mindedness, doxxing, livestreamed crime for clicks, and so much worse.

That’s why, in many cases, these tech giants and supreme stock market leaders are losing their luster and user bases. Netflix’s (NASDAQ: NFLX) and Meta’s (NASDAQ: FB) recent subscriber losses come to mind.

Our analysts have traveled the world over, dedicated to finding the best and most profitable investments in the global energy markets. All you have to do to join our Energy and Capital investment community is sign up for the daily newsletter below.

You”ll also get our free report, The Complete Guide to Non-Fungible Tokens (NFTs), sent straight to your inbox.

And look at their stocks compared with the S&P 500 as a result! 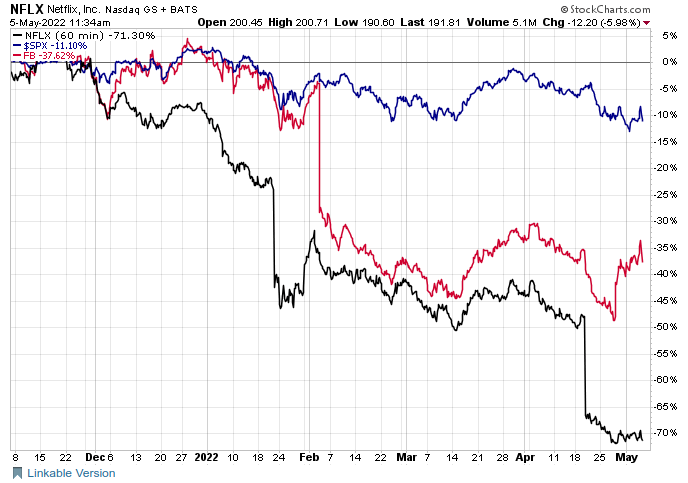 A section from a Boxes and Arrows article on the problems with Web 2.0 — as outlined by Tim O’Reilly, founder of O’Reilly Media and the man who coined the term Web 2.0 — states:

The Web 2.0 pattern of “collective intelligence” shifts the task of creating and maintaining data and content from centralized resources to a dispersed user community.

The problem here is obvious. Who is the person or people behind this data? Can they be trusted? How do we vet these “data creators” and the information they put out as factual?

Some of us have the tools — thanks to proper schooling and good parenting among other things — to identify BS when we see it. But in my experience, I believe the large majority of people have trouble knowing what’s true and what’s not when presented with information from an online source.

As a result, misinformation has become the biggest concern on the internet, this Web 2.0, to date. Look no further than the past two presidential election cycles for proof.

Making matters even worse is the fact that these Web 2.0 “gatekeeper” companies have fostered the digital divide because Web 2.0  content — especially the most monetized content — comes from individuals and organizations with access to technology, computer skills, and money. Those without, these so-called “have-nots” with respect to digital technologies, remain on the sidelines, unable to access a host of mind-expanding information.

The good news is that Web 2.0’s problems are leading to awesome solutions. And this means new investable opportunities!

There’s a Solution — Here’s How to Cash In

Did you know that the creation of Ethereum — the world’s most widely used blockchain and the home of the second-most-valuable cryptocurrency — was directly inspired by a frustrating Web 2.0 experience?

In his teen years, Ethereum creator Vitalik Buterin was an avid player of World of Warcraft, a massive multiplayer online role-playing game.

“I happily played World of Warcraft during 2007–2010, but one day Blizzard removed the damage component from my beloved warlock’s Siphon Life spell. I cried myself to sleep, and on that day I realized what horrors centralized services can bring. I soon decided to quit,” he wrote in a 2013 blog post shortly after launching Ethereum.

Buterin’s dream was to use blockchains — decentralized, self-secured, read-only online databases — to create a new kind of internet experience that was truly user-owned.

But decentralized means of exchange like Ether and blockchains are just the beginning of a truly free internet. And what Buterin and many like him did, almost without realizing it at first, was create the new framework for Web3.

More broadly, the market for blockchain-related services is growing at an exponential pace. Allied Market Research expects it to register a compound annual growth rate (CAGR) of 62.7% through 2027, with much of that growth expected to come from Web3-related applications and products.

This is a massive growth expectation, but the changeover is already happening…

Which means sooner than later, a windfall of profits could turn first movers into first-time millionaires if you know which companies will stand to benefit most.

After spending 10 years in the consumer tech reporting and educational publishing industries, Sean has since redevoted himself to one of his original passions: identifying and cashing in on the most lucrative opportunities the market has to offer. As the former managing editor of multiple investment newsletters, he’s covered virtually every sector of the market, ranging from energy and tech to gold and cannabis. Over the years, Sean has offered his followers the chance to score numerous triple-digit gains, and today he continues his mission to deliver followers the best chance to score big wins on Wall Street and beyond as an editor for Energy and Capital.

Energy Demand will Increase 58% Over the Next 25 Years

Trillions will be spent to secure the world’s energy supply over the next two decades…and all sources are on the table. Oil, natural gas, solar, wind. There will be money made. Follow the money trail. Sign up for Energy and Capital now – it’s entirely free!

After getting your report, you’ll begin receiving the Energy and Capital e-Letter, delivered to your inbox daily.