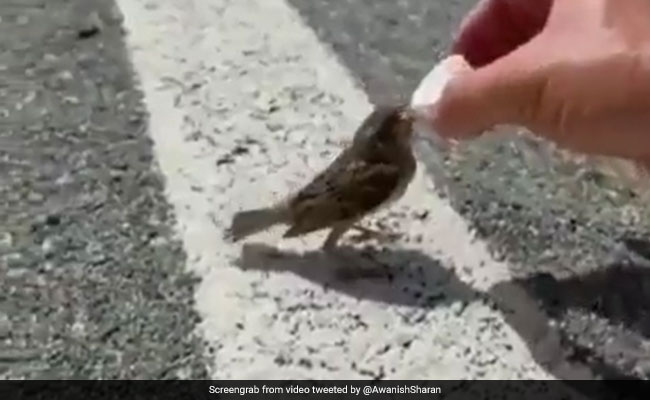 A man offers water to a thirsty bird on street.

Climate change is real and all of us are seeing its devastating effects every day. Not only humans, even animals are suffering due to the extreme heat.

A video is going viral on social media, which shows a man offering water to a thirsty sparrow having difficulty in moving on the road. The man offers water to the bird in the cap of a bottle.

The video has been shared by Awanish Sharan, an IAS officer of Chhattisgarh Cadre on Twitter. “Two drops for life,” Mr Sharan said in the tweet.

Users are praising the man who offered her water for his compassion and generosity.

“This is humanity,” a user commented. “Need trees,” a second user wrote.

Awanish Sharan often posts videos about nature on his social media platforms, and his admirers love watching them.

It doesn’t harm to be kind to animals, birds and even fellow human beings. It’s boiling outside, and animals, like us, are struggling to stay cool without any shade or water.