You are here: Home / Internet / Mary Meeker on the Future of the Internet – Wall Street Journal (blog) 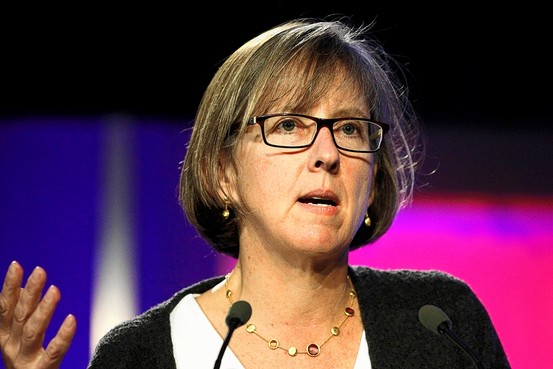 Mary Meeker, the former star research analyst for Morgan Stanley and current partner at Kleiner Perkins Caufield & Byers LP, has long been known for her insights into the future of the Internet.

Her 1995 research report for Morgan Stanley , “the Internet Report,” was seen as the seminal text on the future of the industry. And two decades later, investors and entrepreneurs still watch her predictions closely.

As the Nasdaq was approaching its record, MoneyBeat emailed with Ms. Meeker about her thoughts on the future of the Web. Here’s an edited version of her predictions:

On how consumer expectations are changing business:
Consumer expectation that they can get anything they want – including information, services and products – with ease and immediacy will continue to rise. This expectation changes the fundamental underpinnings of business, and can create increased flexibility for workers. We are still in the early innings.

On the Nasdaq record — now vs. then:
The consumerization of the Internet symbolically lifted off with the IPO of Netscape in August, 1995. The innovators of the time built services for desktop Internet users with slow access speeds. The game has totally changed with the torrid global growth of mobile Internet users with fast access speeds – a few leading companies from the desktop era – like Amazon, eBay, Google, Alibaba – have evolved and flourished.

On mobile opportunities:
Thousands of consumer and enterprise companies have been created to drive (and tap) emerging opportunities. There are more than 2 billion global smartphone users today, growing in excess of 30% year-on-year…and we are in the spring training stage of the deployment and evolution of sensors and deep data analysis. The mobile market will be bigger – in impact, revenue and disruption – than the desktop Internet has been. In parallel, the wealth creation should be larger.

On what bubbles might look like this time:
In periods of material business disruption – like those brought about by the evolutions of the Internet – company creation typically goes through a boom -> bust -> boom-let cycle while wealth creation typically goes through a boom-let -> bust -> boom cycle. Today, there are certainly pockets of overvaluation but there are also pockets of undervaluation – the one rule is that very few companies will win – those that do – can win big.

On how to invest and win in this climate:
I am a long-term investor focused on fundamentals – while I care a lot about what’s happening this quarter and this year, the race is won by those that build platforms and drive free cash flow over the long-term (a decade or more). That was my view in 1990, 1995, 2000, 2005, 2010, and it remains the same today.

I love investing in emerging tech entrepreneurs and their companies. The best builders have uncanny insights and passion to change the ways the world operates – this generation of leaders is especially good. I have seen a lot of patterns, worked with a lot of transformers. I was part of a global growth company with a strong culture – Morgan Stanley – for nearly twenty years. I have learned time-and-again that people make all the difference and the value of a business is the present value of its future cash flows. I have enjoyed putting that experience to work in new ways with more direct involvement.