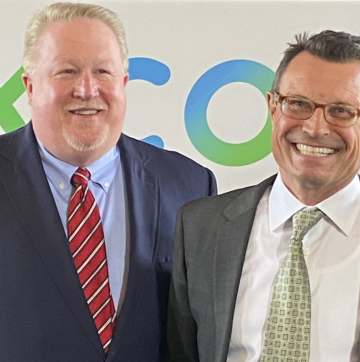 Cox Communications executives were joined by elected officials in Newport on Tuesday to announce that the company will invest more than $120 million over the next three years to deliver multi-Gigabit symmetrical speeds over high-speed broadband connections to residents and businesses in Rhode Island.

More than $20 million of the committed funds will go towards 100% fiber-optic buildouts on the Aquidneck Island communities of Newport, Portsmouth, and Middletown, as well as Jamestown. To date, Cox has invested more than $160 million over the last 5 years in Rhode Island and was the first to make Gigabit service available to all customers in the market.

“We’re preparing for the next generation of internet uses in home and in business,” said Ross Nelson, Senior Vice President and Regional Manager for Cox Communications. “We are committed to being the internet provider customers can count on to have the speed they need now and in the future.

The effort is part of a broader multibillion-dollar infrastructure investment to build a 10-Gigabit capable, fiber-based network.

According to Cox, the expanded fiber to the premises combined with enhancements to cable’s broadband DOCSIS 4.0 technology will enable the company to deliver multi-Gigabit symmetrical speeds in the coming years to both residential and business customers to support a growing host of high bandwidth applications.

“Rhode Island has momentum, but we can’t make this happen without collaboration and leadership with leaders — and the business community is paramount,” said RI Governor Dan McKee, who said that the announcement Tuesday will help “keep up with the needs of the state of Rhode Island.”