Home
Internet
One Third of the Global Population Still Doesn’t Have Internet in 2022 / Digital Information World
If you live in a country that has a relatively high level of human development, you would most likely have a consistent and reliable internet connection that you can use to do anything that comes to mind. The internet is often considered to be an essential service in all but the most destitute countries because of the fact that this is the sort of thing that could potentially end up allowing people to work a lot more efficiently along with enabling them to obtain information within seconds.

With all of that having been said and now out of the way, it is important to note that there are still plenty of countries all around the world where internet access is limited to say the least. In spite of the fact that this is the case, internet adoption rates have been growing, and according to data compiled by the folks over at Atlas VPN internet market penetration managed to surpass 65% for the very first time in the first quarter of 2022.

However, another way to look at this data is to break it up by region. North America and Europe have almost total market penetration for internet services, with 93.4% and 88.4% of people in those areas having internet access with all things having been considered and taken into account. Latin America has 80.4% market penetration, the Middle East has 76.4% and Australia has 70.1% all of which are higher than the global average.

Asia and Africa, on the other hand, have lower internet market penetration rates than the global average. While Asia is pretty close to the world average with just over 64%, things are rather dire in Africa where only 43.1% of the population has access to the internet. This is obviously something that would limit people’s ability to grow and thrive, and ensuring widespread internet access can be the first step towards creating a much more egalitarian world. Being able to use the internet makes live considerably easier to get through, and the fact that over half of Africa doesn’t get to use it is concerning. 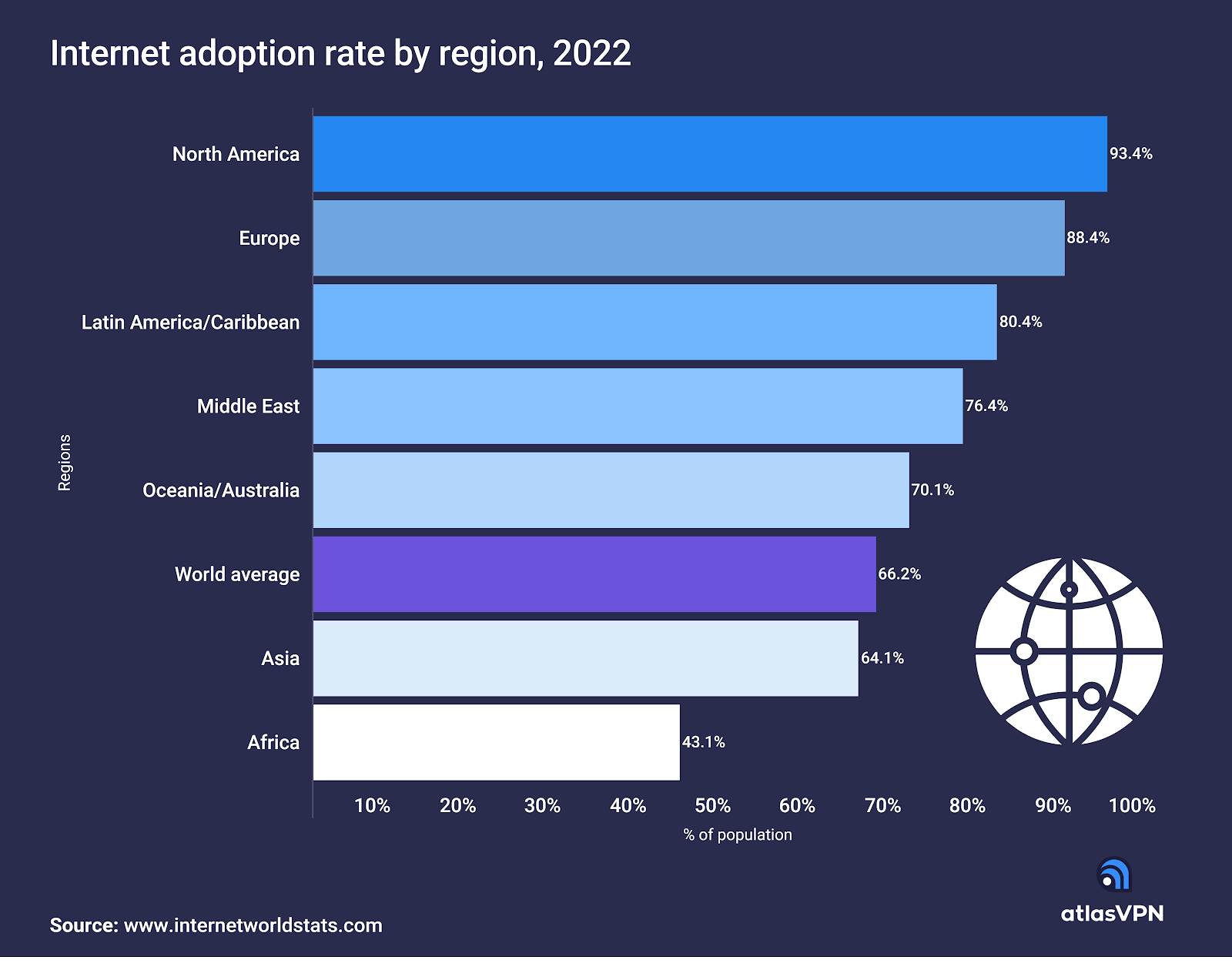 Read next: This Report Shows the Huge Gap Between the Reality of Climate Change and What Americans Think