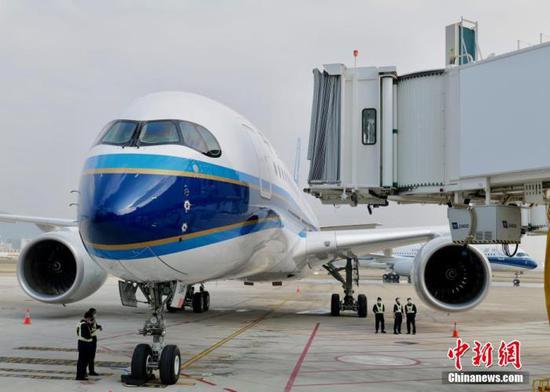 (ECNS) — A total of 842 domestic aircraft were covered with Internet services by the end of 2021, a 29 percent year-on-year increase, according to China’s civil aviation authority.

The information was released on Monday at a conference hosted by the Civil Aviation Administration of China (CAAC) in Beijing.

The move, among other measures including flight changing efficiency by completing refund services for passengers within seven days, is to improve passenger services.

Electronic devices have seen wider acceptance at China’s major airports. A total of 66 domestic airports have been supported with facial recognition technology while 29 others allow passengers to conduct check-ins with identity cards.

By the end of 2021, the total number of China’s certified civil transport airports reached 248, with two major airports in Chengdu and Qingdao put into operation.