This story is sponsored by oxio. 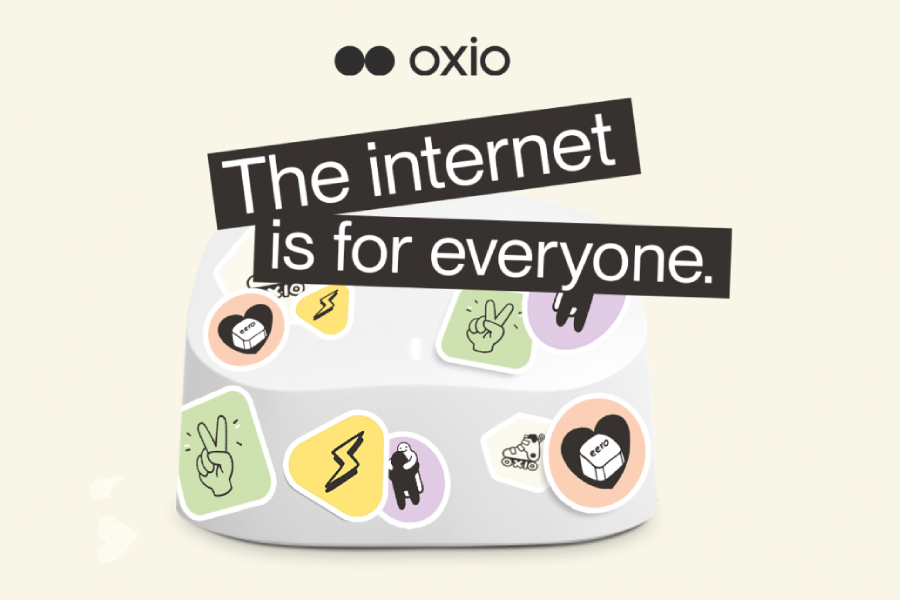 From staying connected with your grandma and learning how to bake sourdough loaf to unwinding with a round of Wordle, the internet makes it all possible. Without a reliable and trustworthy connection in your home, you simply wouldn’t have endless information and entertainment at your fingertips.

The internet has become a necessity of life itself, a basic need for productivity and growth. Because of this, internet service providers (ISPs) have realized that they can get away with murder – in the form of ridiculously expensive plans and cringeworthy customer service.

But thankfully, the first-ever digital ISP is disrupting the industry by offering stress-free and dependable internet options to Canadians.

With transparent plans and forthcoming support, oxio is reinventing the ever-so-tumultuous relationships that most folks have with their providers. The company is replacing the big telco bullshit we’re used to with transparency and interactions that make you feel all warm and fuzzy inside.

“Big telco bullshit involves making people feel like a number and that’s pretty dehumanizing. A lot of the ISPs in Canada don’t treat customers like customers,” says Marc-André Campagna, CEO and cofounder of oxio. “We’re trying to educate people on the industry while creating equal access to the opportunities that the internet provides.”

Campagna discovered the importance of internet access at an early age. Growing up in Baie-Comeau, a small town in Québec, he spent a lot of time surfing the net and virtually communicating with others. The internet presented him with the opportunity to learn, explore and discover his passion for technology.

“The internet connects people and when this happens, they’re able to learn together and do a lot of really unexpected, cool stuff. We believe that everyone should be able to afford WiFi as it’s a basic universal need,” he says. “We feel that the internet is the great equalizer in society, which is why we want to provide it to as many people as possible.”

To remove the murkiness that surrounds Canada’s telecommunications industry, oxio offers full transparency in every aspect of its business. The digital ISP shows customers exactly what they’re paying for by breaking down the prices of each plan on its website. This includes network, logistics, hardware, marketing, profit and even payroll.

“Transparency at oxio goes as deep as sharing the salaries of our team members internally,” he reveals. “We’re pretty far down the rabbit hole of transparency and we have ambitions of becoming the most transparent company in the world.”

Everyone within oxio’s ecosystem is treated with respect, including the employees, suppliers and customers. Moreover, its support team doesn’t shy away from a grand gesture when it comes to ensuring friendly and helpful service to oxio members.

“I once drove all around Québec City to deliver 25 equipment boxes that were going to arrive too late if we sent them through Canada Post,” shares Audrey, head of people at oxio. “It took me an entire day and the customers were so shocked that we were going above and beyond. But it was important to us that they all received their equipment in time.”

Campagna trusts that the first step toward equal access is empowering people through knowledge.

“We want to change the way people think about the internet and we’re doing that by sharing everything we know about the industry. From educating customers on how the networks are constructed and where the money comes from to all the intricacies involved in getting internet connected to your home,” he shares. “Most people subscribe to a plan without knowing everything that’s involved. We want to change that by being as transparent as we can and by making sure we’re available to answer our customer’s questions.”

Because internet needs differ from customer to customer, oxio offers several customizable plans with fair and sustainable pricing. You also won’t find yourself locked into an unreasonable two-year contract as those are, quite frankly, nightmare fuel.

oxio promises its customers that if they sign up for the same plan at the same time, they’ll receive the exact same price as everyone else. There are no negotiations and you’re able to see precisely how much the digital ISP profits from each service subscription.

Back in August, the team at oxio realized it was making too much money on its 120 mbps plan so they lowered the price from $65 per month to $63 per month.

“Reducing overly profitable plans and being transparent are two things that we’re doing to put our customers’ money back in their pockets,” shares Campagna. “But at the end of the day, our mission is to create equality of opportunity for everyone living in Canada.”

For more information or to say “hi” to the team at oxio, visit www.oxio.ca.