More than half of the Philippine population are considered “internet poor” — or those who cannot afford a minimum package of mobile internet — according to the Internet Poverty Index by Austria-based data enterprise World Data Lab. Among 169 countries included in the index, the Philippines ranked 38th in terms of internet poor as share of the population. This translated to over 58 million Filipinos who cannot afford a 1-GB-per-month internet package. This put the country the seventh in the world with the largest number of internet poor. 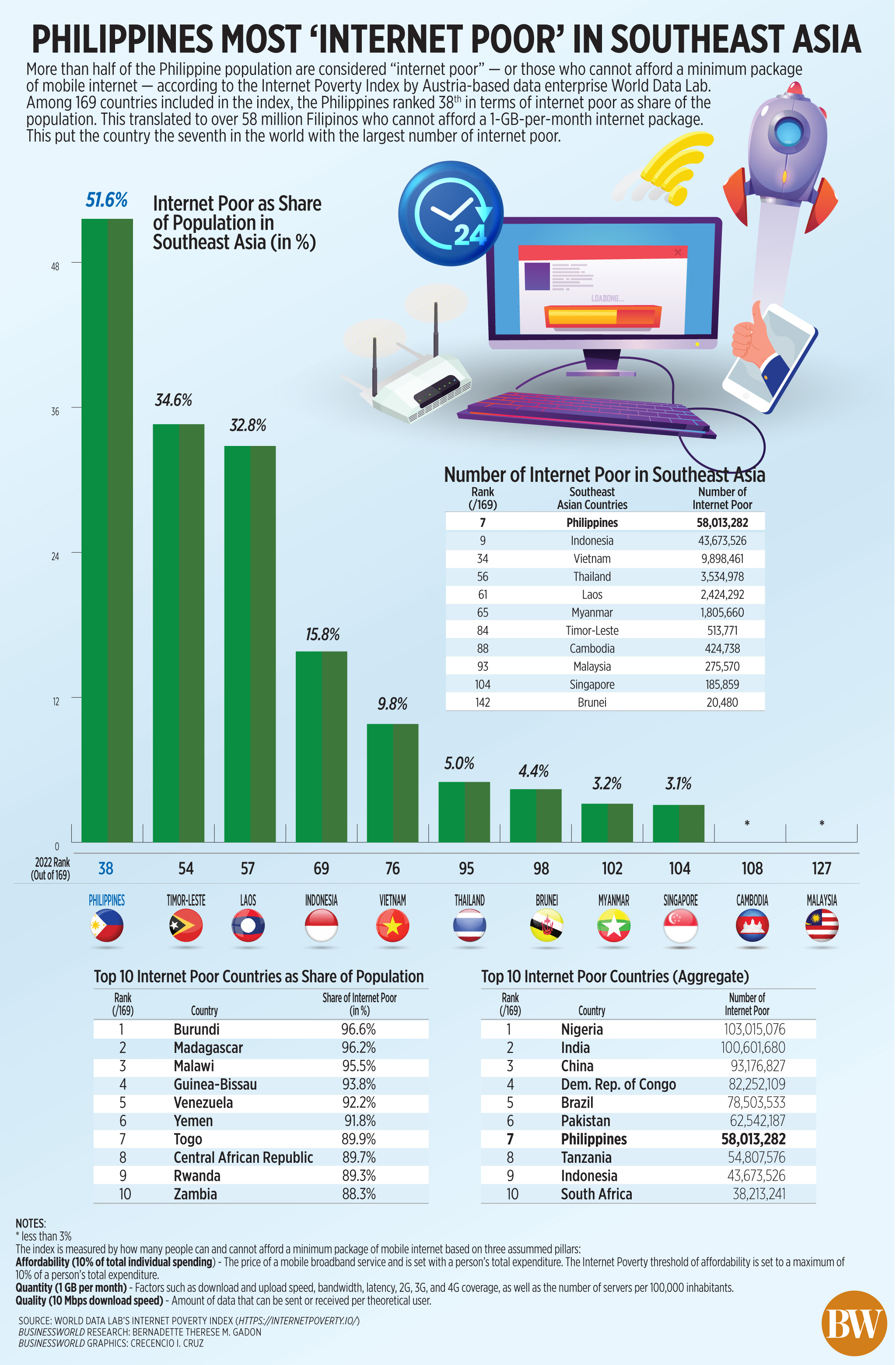