Termed as Mammatus clouds, the unusual phenomenon was spotted at Casa Grande, Córdoba in Argentina. An unusual type of cloud blanketed the skies of Argentina and left netizens surprised.

Sometimes, nature displays some amazing phenomena that leave us awe-struck. Some of them happen annually, like the mesmerising Northern lights, and some happen quite out of the blue, just like these fluffy clouds in Argentina. A video of these ‘popcorn’ clouds has gone viral on the internet and after watching the video you may also have to pause and rewatch for a second time to believe that the scene is not from a science-fiction movie.

Termed as Mammatus clouds, the unusual phenomenon was spotted at Casa Grande, Córdoba in Argentina. The video shot on November 13, shows an overcast sky with fluffy bunches of clouds packed closely. “Late Saturday afternoon the sky was covered with these unusual clouds that made us feel as if we were trapped in a vivarium, then came the strong storm with lightning, winds, and hail. We were lucky to have been there to capture this strange phenomenon, which may be a product of weather manipulation,” explained the caption.

The video has amassed over 38,000 views and the numbers are steadily increasing. Needless to say, netizens had varied opinions about the clouds. While some said the clouds didn’t look like they belonged to the Earth, others pointed out that it was probably an alien’s work. 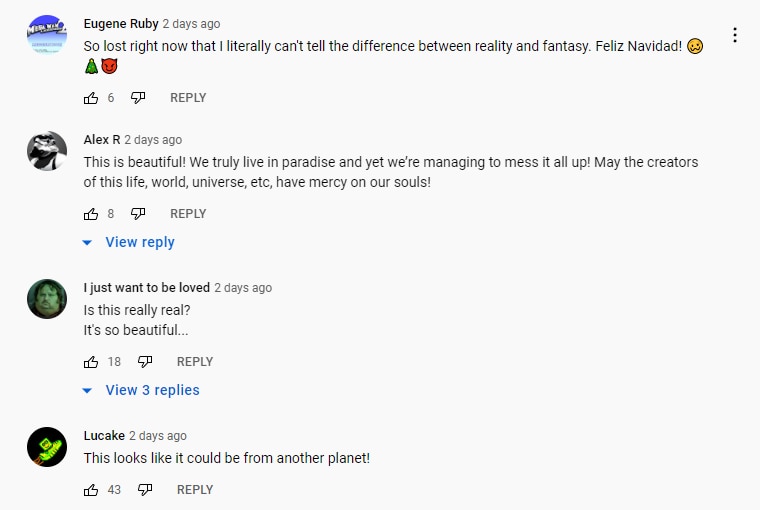 According to the Met Office, UK, Mammatus clouds often form in association with Cumulonimbus clouds, which in turn bring thunderstorms due to their huge mass of unstable air. They can also cause hail, heavy rain and lightning in the area.

ALSO READ | These birds were very loyal once but are now falling out of love. Here’s why