After North Carolina’s strong finish to the season and beatdown of Marquette in the first round of the NCAA tournament, the Tar Heels were a sneaky good value pick to upset the East region’s top seed Baylor on Saturday.

At the very least, they could cover a 5.5-point spread.

Once the game got under way, not only did North Carolina look primed to cover, the game was trending in the direction of its 32-point win over Marquette. UNC led by 25 with 10 minutes left and appeared to be on its way to an easy win before a questionable flagrant foul that got forward Brady Manek — their leading scorer at the time — ejected. More questionable calls from the refs and a big foul discrepancy followed and UNC fell apart.

Baylor came all the way back to force overtime and the reaction on social media was all aimed in the direction of the refs.

I’m sitting right in front of the UNC family section and they are HEATED about the officiated. Censor button would be poppin.

This is one of the best/worst games in tourney history. I mean, give Baylor immense credit. And it’s fair to ask why North Carolina’s press offense is just a puddle of panic. But you cannot dismiss the role of incompetent officiating, too.

North Carolina certainly isn’t an underdog in the traditional sense, but man is Baylor getting every single call in this second half. Pretty wild. https://t.co/rENYdzeg04

This UNC vs Baylor game is rigged. Brady Manek shouldn’t have been ejected.

Th officiating crew in this Baylor – UNC should be eliminated along with the losing team. This is atrocious

i’m all for letting these guys play, but UNC is getting MUGGED and not a single call is being given … it’s absolutely ridiculous

UNC playing both Baylor and refs. Not an easy battle!

Although North Carolina pulled through for the win in overtime, 93-86, the team certainly didn’t help itself with poor inbounding, execution advancing the ball against the press, free throw shooting or just dealing with late-game pressure in general. But there’s no doubt UNC was fighting poor officiating in addition to Baylor in this one.

That’s unfortunate at this stage of the season with the stakes so high. 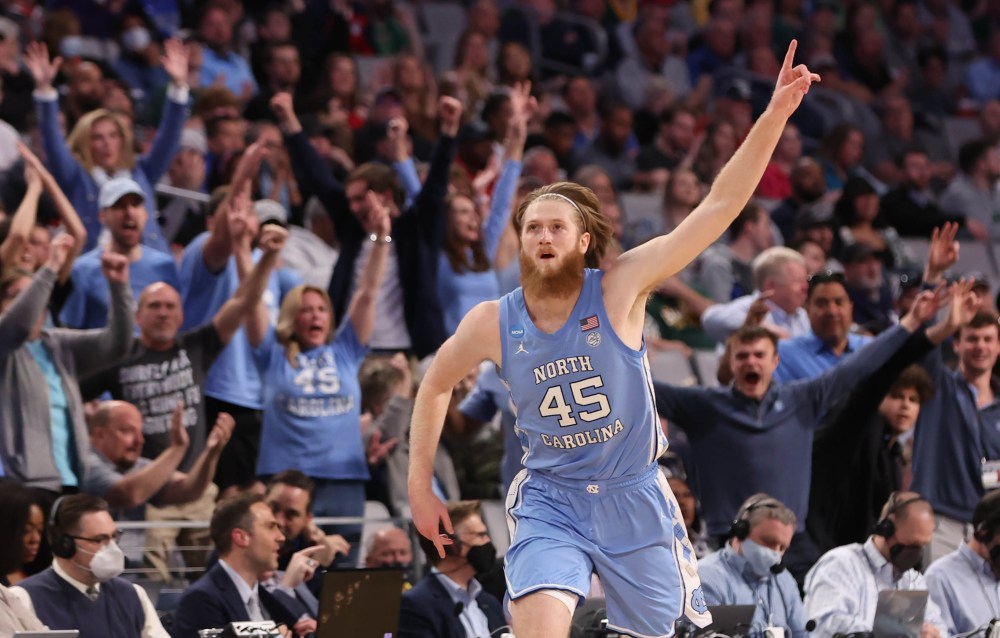