You probably have never heard of Lazada, Zalando or CityDeal. That’s because they are the European equivalents of successful American tech companies – and
they have all come off the production line of Rocket Internet, a tech startup-like factory with a very successful track record.

In many ways, Rocket Internet is more famous for how they do things rather than what they do. It is widely known that Rocket clones successful business models, typically from the U.S. and sets them up in emerging markets before the original company can. After reaching a good level of traction, the companies take outside capital and once they reach a certain scale that are taken public themselves, as was the case for Zalando.

The German Samwer brothers, founders of Rocket Internet and their team are fascinatingly adept at systematically churning out new companies at speed and scale. They are known as killer operators who always find a way to get stuff done.

Clearly the model works. Rocket Internet went public last year on the Frankfurt Stock Exchange, raised US$1.8 Billion and now trades at a market capitalization of 7.3 Billion Euros, making the Samwer brothers billionaires. Across the portfolio of more than 100 companies, Rocket generates hundreds of millions of dollars in revenue.

To get an inside view of how the famous startup machine thinks and operates, I spoke with Koen Thijssen, Managing Director of the Asia Pacific Internet Group, a division of Rocket Internet. 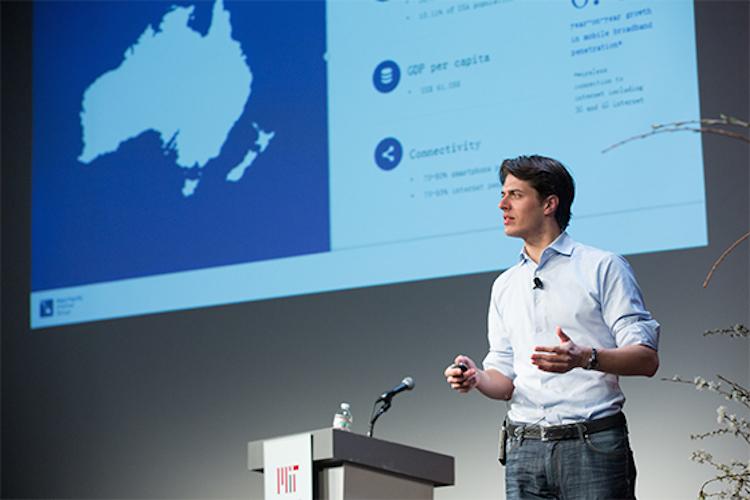 For the Asia Pacific Internet Group, all bets are placed on Asia’s emerging economies, because there are clearly untapped opportunities just waiting to be served.

Classified as ‘established’ for its highly developed infrastructure and internet penetration. Since this market closely resembles America and Europe, Rocket can easily transplant a proven model. For instance Helpling is a proven home cleaning model based on HomeJoy.

Classified as ‘emerging’ due to its rapid growth rates, especially with smartphone penetration is projected to go from 20% to 44%. These markets represent a lot of opportunity but not much competition because many are still trying to figure out how they work; although Thijssen concedes, “Indonesia is not the secret it was five years ago.”

In this region, Rocket likes to launch traditional internet business models such as classifieds or logistics like FoodPanda, because the market is still early enough to become a dominant leader.

Classified as ‘frontier’ because these countries lack infrastructure, low car and internet penetration and low competition. “This is a region we are very excited about. We believe in the future of it,” said Thijssen. Myanmar for instance is a place undergoing massive and rapid change with more cars and high-rises. This sentiment is echoed in a recent story I published.

Although Rocket places roughly equal emphasis on developed and emerging markets, they are particularly focused on frontier markets. “These markets are so early stage but quickly developing, we have a good a chance of one day owning that market leader position,” said Thijssen.

You can criticize (and many have) Rocket’s lack of creativity but you have to admire their ability to execute business like the winning Football World Cup German team. “We Germans are not the most creative but we are very good at execution,” quips Thijssen.

Rocket Internet is an expert at learning, testing, scaling tech businesses and doing it all over again. Thijssen reflects on his time in the trenches, “I expanded Lamudi in Myanmar, Bangladesh, Indonesia and Phillipines within 2 years. Every few months we expanded.”

Any real entrepreneur knows getting stuff done is what it’s all about. Thijssen values practicality and speed. When setting up operations in Myanmar there were no ATMs, but because he needed to pay the salaries of 40 employees, he flew into the country every six weeks with cash, so they didn’t get distracted from their goal of market leadership.

Infamously when Rocket in a joint venture with Chinese internet giant, Tencent and others, launched Groupon in China called Gaopeng, they recruited very accomplished and intelligent foreigners. But that strategy failed miserably. Gaopeng never made it to the top five group buying companies in China.

Learning from that experience, Rocket relies more on locals for operations but still entrusts the leadership to expats, since they already know the Rocket playbook, have an interest in the wide Rocket Internet Group and reduce the risk of fraud.

Rocket Internet truly exemplifies the connotations of speed and force of a rocket.
Its boldness to explore new frontiers with proven business models, despite its cloning strategy, does demand respect from entrepreneurs and business people alike. “I told a group of MIT MBAs to seize opportunism now or read the case study in a few years,” concluded Thijssen.