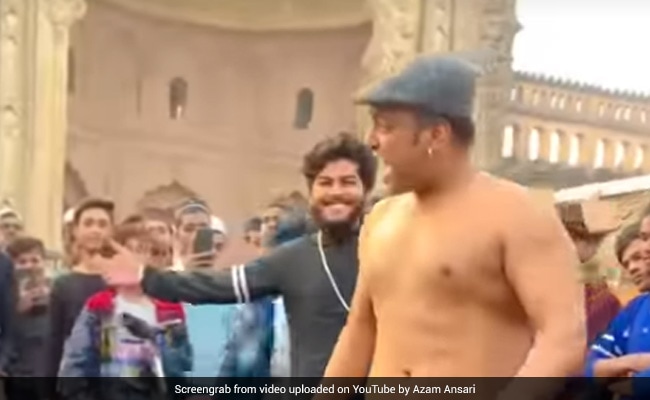 His videos often include him making poses similar to Salman Khan

A doppelganger of actor Salman Khan has been arrested in Lucknow after shooting a video in a public place. The celebrity look alike whose name is Azam Ansari was taken into custody by the Lucknow police late on Sunday night.

Uttar Pradesh | A man from Lucknow, Azam Ansari penalised, arrested, and sent to jail last night by Thakurganj Police for smoking in a public place. The man used to copy actor Salman Khan and shoot videos of himself for social media. pic.twitter.com/RQgqEwzzzI

Ansari on Sunday was making an Instagram short reel at the historic clock tower, when a huge crowd gathered to see the famous social media star. This in turn caused traffic to build up resulting in a massive traffic jam. The police subsequently rushed to the spot and took him into custody after several complaints by commuters. According to News Agency ANI he was arrested by the Thakurganj police for smoking in a public place.

Azam Ansari often makes videos against the back drop of the historic roads and monuments in Lucknow. He is quite popular on social media and has 1.67 lakh subscribers on YouTube. His videos often include him making poses similar to Salman Khan, including the megastar’s iconic walk.