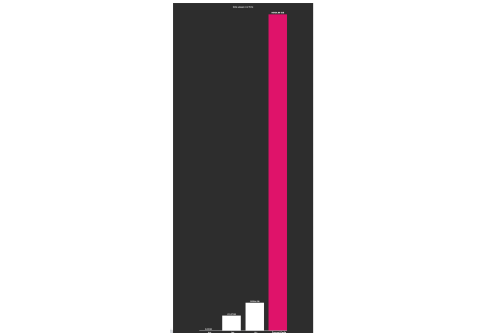 So someone decided to put T-Mobile’s “no data caps” promise to the test. This is in reference to its Home Internet service, which gives users 95TB of data each month.

As shared by The T-Mo Report, a Reddit user shared a screenshot of his data use from his My T-Mobile account. The graph depicts his monthly data usage on his account, which shows 95,136.99 GB of data used up for the month of November. There is also a previous record of 1.5 TB, which is “above average” than the typical usage of a T-Mobile Home Internet user.

On his Reddit post, the user shared that he “left a big download/upload going for two weeks.” During that duration, he was able to get an average speed of 600-700 Mbps.

This is truly a remarkable achievement for T-Mobile as it holds true to its promise of giving “no data caps” on its Home Internet service. But then again, it’s important to remember that T-Mobile Home Internet users are governed by the same Terms of Service that cellphone users have. And according to the report, the Redditor may have violated a couple of conditions:

And this sentiment seems to be echoed by other Redditors’ comments on the thread. While some were impressed with the high data usage, there are others who are worried that it could spark a new data cap that T-Mobile will impose on its users.

As of this writing, the original poster’s data has not been limited or terminated so it’s unknown yet whether T-Mobile is aware of this already. But the original post on Reddit has already been deleted by the user.