Telstra has had to backtrack on its claims a major outage that upset home internet services was caused by a “malicious” cyber attack on its servers.

Telstra reported there was a “denial of service” attack on Sunday that led to widespread internet issues in Australia’s eastern states.

A denial of service attack floods a network with traffic or information to trigger a crash, denying legitimate users access. 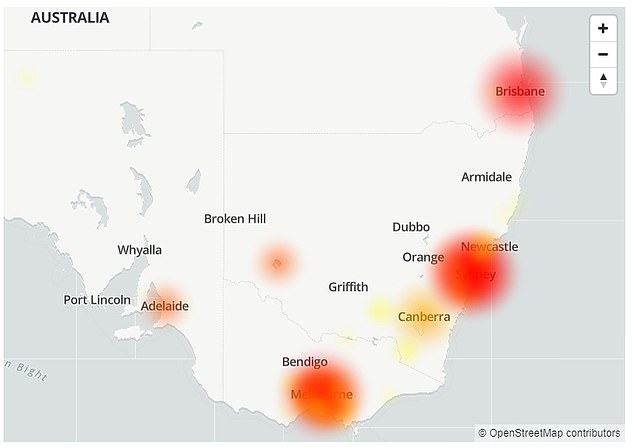 Thousands of Australian Telstra customers have been left without internet after a cyber attack on the telco. Pictured above are the cities most impacted by the malicious attack 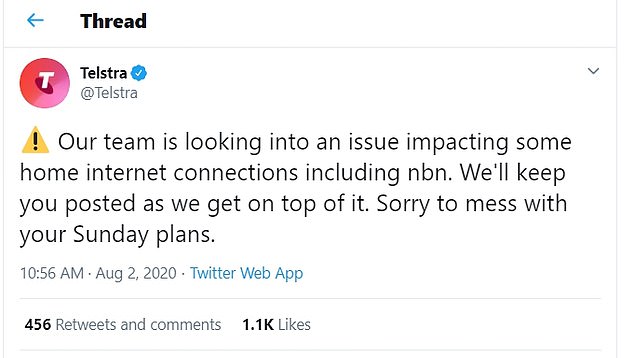 Melbourne, Sydney and Brisbane were the main outage hotspots.

Other internet providers did not report connectivity issues, despite reports of NBN problems spiking just before 11am.

Soon after, the telecommunications giant said it was confident it had blocked the “malicious traffic” and was trying to get users back online.

But a few hours later, Telstra said the issue was caused by a relatively mild case of domain name server issues.

When this happens, users are told they’ve lost their network connection or internet access when they try to send data by connecting to an Internet Protocol (IP) address.

“The massive messaging storm that presented as a denial of service cyber-attack has been investigated by our security teams and we now believe that it was not malicious, but a domain name server issue,” Telstra posted on Twitter.

“We’re really sorry for getting in the way of your weekend plans.”

The issue was resolved about 2.30pm.

‘Being in lockdown on a Sunday with Telstra internet not working is peak 2020 despair,’ tweeted one Melburnian.

‘My internet has paralysed the last 2 hours, arguably to a massive DNS attach on Telstra,’ tweeted another unhappy customer.

Another Telstra customer said the outage was a good chance to get his kids off Fortnite and out playing in the garden.

‘Telstra are thinking about our quality of life, by switching off the Internet, all their customers get to go outside, enjoy this glorious winter morning with a coffee and a good book, kids playing in the garden. How is that for customer focus,’ he tweeted. 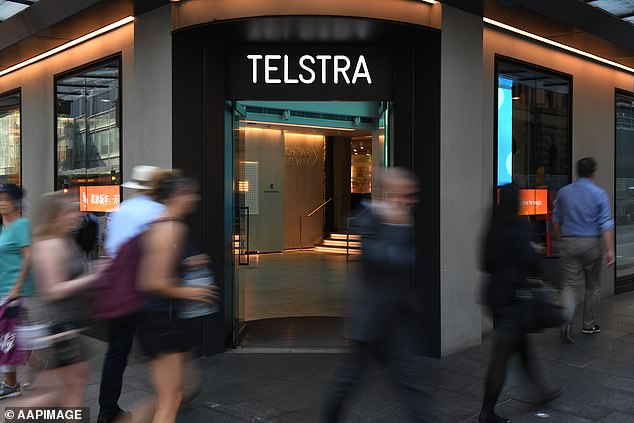