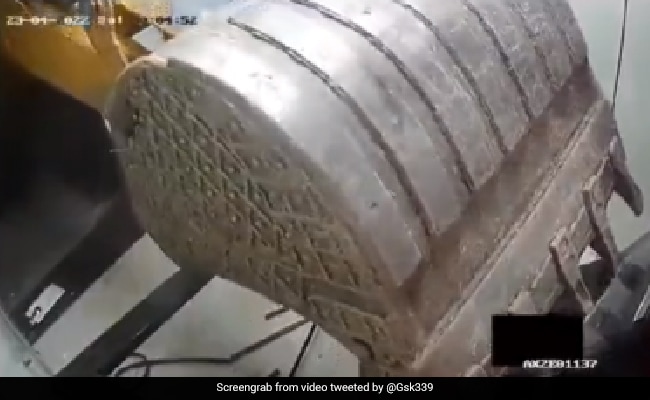 Thieves used an excavator to dig out the ATM machine from the booth.

When it comes to stealing money, thieves can go to any extent. An incident in Maharashtra’s Sangli is the proof where thieves used an excavator to dig out the ATM machine from the booth.

The incident, which happened on Sunday, was captured on CCTV camera installed inside the ATM booth and is now being shared widely on social media. Some social media users found the thieves’ daredevilry amusing, while others blamed unemployment.

“India got talent,” a user commented on Facebook. “In the era of crypto mining, here’s a new invention atm mining,” commented another.

A third user predicted more such instances in the future. “More will come as joblessness and high food price,” the user said on Twitter. “Money heist 2023?” another questioned

Last week, a viral video on social media showed a thief was caught dancing after robbing a hardware store in Uttar Pradesh’s Chandauli district. The incident took place near the residence of the Superintendent of Police.

Local publications quoted shop owner Anshu Singh as saying that the thief picked up all the cash and also stole goods worth thousands of rupees. The crime was revealed when Singh opened his shop after seeing the broken shutter and went through the CCTV footage.

Another incident came to light from Bihar’s Rohtas district where a gang of thieves dismantled a 500-tonne bridge in collusion with irrigation department officials and local residents and “stole” a defunct 60-foot-long steel bridge by posing as government officials.

In July 2021, a thief in Birmingham, England, broke into an impromptu dance to distract a woman and slipped away with her Rolex watch.