Home
Internet
[Updated] Cox internet down or not working? You’re not alone

New updates are being added at the bottom of this story…

Just in case you’re trying to get your head around why Cox internet is not working or down, you might find solace in the fact that you aren’t the only one facing an issue with the service.

A quick look at the micro-blogging site — Twitter — conveys there are many others are affected by the same issue.

According to user reports, they haven’t been able to access the internet properly since the speed has drastically dropped or the internet isn’t working at all. 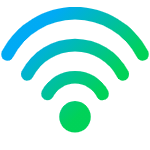 For a quick glance, here’s how some of the complainants word the problem:

@CoxHelp no Internet no cable but just got an update my Cox bill is due in seven days. Straight shady (Source)

Down detector – a popular service that gives information about live outages – also conveys that Cox internet is indeed going through a glitch in regions like Phoenix and Tucson as can be seen in the image below:

Any official word on the matter? Fortunately, Cox’s customer care on Twitter has responded to several reports surrounding the issue by claiming that they are aware of it and are working on a fix.

Apparently, the outage is due to a pole that caught fire in the Phoenix area according to the company’s support.

I’m sorry to hear your service is impacted. It appears you are in the Phoenix area. We’re aware of trouble & waiting for SRP to fix a fire damaged pole impacting multiple providers. Once we’re cleared to work we’ll do everything we can to restore service asap (Source)

Rest assured, we’re keeping an eye on all related developments and will update this page with relevant info as and when we come across any.

So in case you’re encountering the problem discussed here, we’d suggest book marking the page to be informed on all the latest developments.

02:04 pm (IST): Cox is down again as per several reports and Down Detector. While new reports have subdued considerably, there are still few flowing in indicating that the issue has still not been resolved.

01:25 pm (IST): It appears many users are facing an issue with Cox internet in certain areas. Reports on Downdetector and Fing indicate that the outage has been going on for close to half an hour at the time of this update.

There’s no official word on the outage at the moment.

PiunikaWeb started as purely an investigative tech journalism website with main focus on ‘breaking’ or ‘exclusive’ news. In no time, our stories got picked up by the likes of Forbes, Foxnews, Gizmodo, TechCrunch, Engadget, The Verge, Macrumors, and many others. Want to know more about us? Head here.