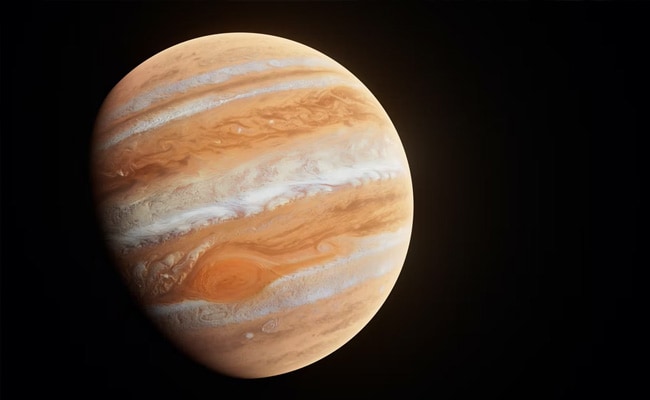 The video has been viewed over 13 million times.

An animation posted on Twitter has shocked internet users as it shows the impressive size of Jupiter and just how it rapidly spins. Shared by planetary astronomer and science communicator, James O’Donoghue, the clip shows all of the planets of the solar system dominated by Jupiter, which is then dwarfed by the Sun. “Celestial objects to scale in size, rotation speed and tilt,” Dr O’Donoghue, wrote in the caption.

Watch the clip below:

In the following tweet, Dr O’Donoghue explained that a day on Jupiter is 9 hours and 56 minutes. “It’s the biggest and also [the] fastest planet. In the early solar system, it grew from loads of Sun-orbiting material, converting the orbital momentum into spin angular momentum. Bigger planets are likely to be fast for this reason,” he added.

Also Read | Partial Solar Eclipse on April 30: Will It Be Visible In India? Here’s How To Watch

Since shared, the video has been viewed over 13 million times. Twitter users have replied to the animation, commenting on both the tremendous size of Jupiter and its rapid rotation rate. “This is very well done. As Douglas Adams once said, we live on an ‘utterly insignificant little blue-green planet,’” wrote one user. “I’ve watched this clip multiple times already, it’s so fascinating. and when Jupiter (!!!) and Saturn begin to appear in the frame??!” added another.

It is to mention that according to US National Aeronautics and Space Administration (NASA), Jupiter, which is the fifth planet from the Sun, is so great in mass that it is twice as massive as all the other planets combined. The planet has a radius that is 11 times the size of Earth.